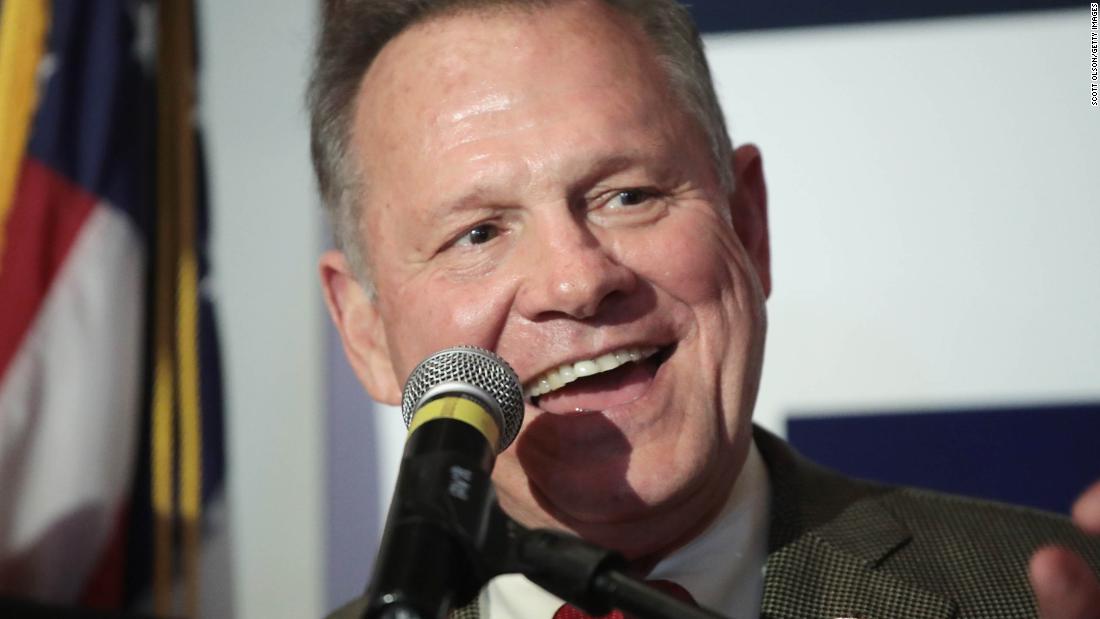 “Take the Bible: Zachariah and Elizabeth for instance,” Zeigler said. “Zachariah was extremely old to marry Elizabeth and they became the parents of John the Baptist. Also take Joseph and Mary. Mary was a teenager and Joseph was an adult carpenter. They became parents of Jesus. There’s just nothing immoral or illegal here. Maybe just a little bit unusual.”
In the Bible, Jesus is conceived through the Holy Spirit, not sexual relations between Mary and Joseph.
The Post report said Moore allegedly initiated the sexual encounter with a 14-year-old teenager in the late 1970s. Three other women also told The Post that Moore pursued them when they were between the ages of 16 and 18 and he was in his early 30s. None of those three women told the Post that Moore sexually harassed, or assaulted them, or forced them into a relationship. Alabama’s legal age of consent is 16.
In a series of tweets on Thursday, Moore, who faces a December 12 US Senate election, responded to the story.
“The Obama-Clinton Machine’s liberal media lapdogs just launched the most vicious and nasty round of attacks against me,” saying, “We are in the midst of a spiritual battle with those who want to silence our message.”
Moore wrote, “The forces of evil will lie, cheat, steal — even inflict physical harm — if they believe it will silence and shut up Christian conservatives like you and me.”
Moore rose to prominence on the political scene largely through his strongly held Christian beliefs and embrace of Christian theocratic principles. He’s referred to the Christian God in the past as “the only source of our law, liberty and government.”
Several other Alabama Republican officials also expressed support for Moore.
Alabama Bibb County Republican chairman Jerry Pow told the Toronto Star that he would still vote for Moore over his Democratic opponent, Doug Jones.
“I would vote for Judge Moore because I wouldn’t want to vote for Doug. I’m not saying I support what he did,” Pow said.
Another state official, Alabama Marion County GOP chair David Hall, also highlighted the age gap but called the accusation irrelevant.
“It was 40 years ago,” he told the Star. “I really don’t see the relevance of it. He was 32. She was supposedly 14. She’s not saying that anything happened other than they kissed.”
« Jared Kushner Failed To Disclose WikiLeaks Email And Russia Dinner Invite, Senators Say » NYC terror attack brings out terrible media bias; and other journalism failures