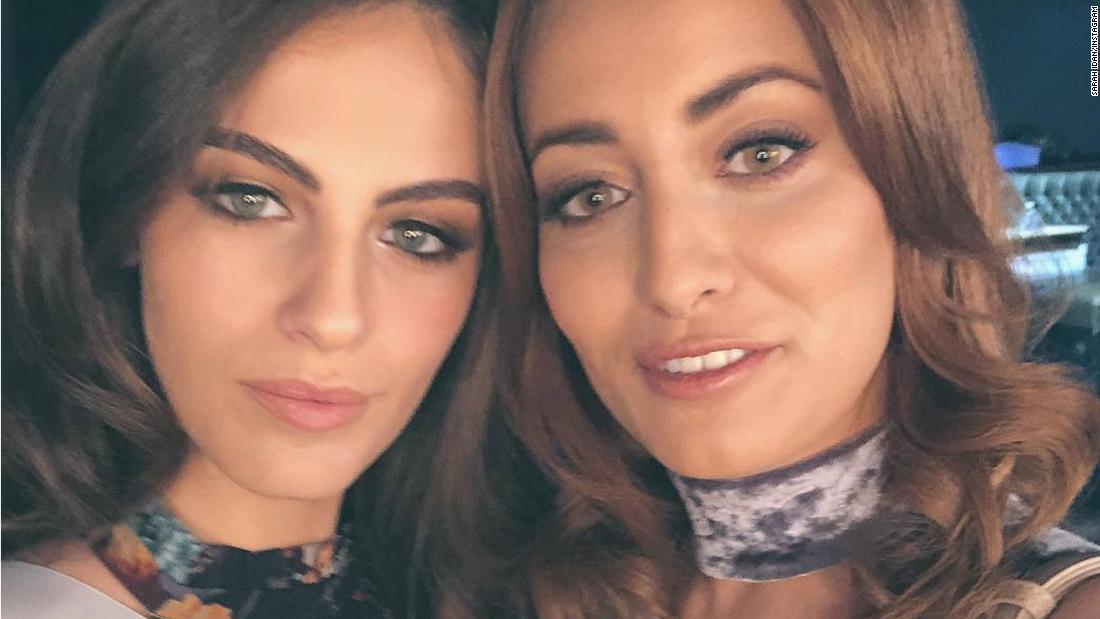 (CNN)Nearly a month ago, Sarah Idan was in a hand-beaded Swarovski crystal gown representing Iraq in the Miss Universe pageant. It was the first time in 45 years that Iraq had a contestant in the pageant.

But all of that suddenly changed. And it was all over a selfie.
A selfie seen around the world.
Idan and Miss Israel, Adar Gandelsman, took the picture during a pre-pageant photo shoot in Las Vegas.
“I said ‘let’s take a picture so our people can see we don’t have a problem and we’re actually ambassadors for peace.'”
In the caption, she wrote “Peace and Love from Miss Iraq and Miss Israel.” 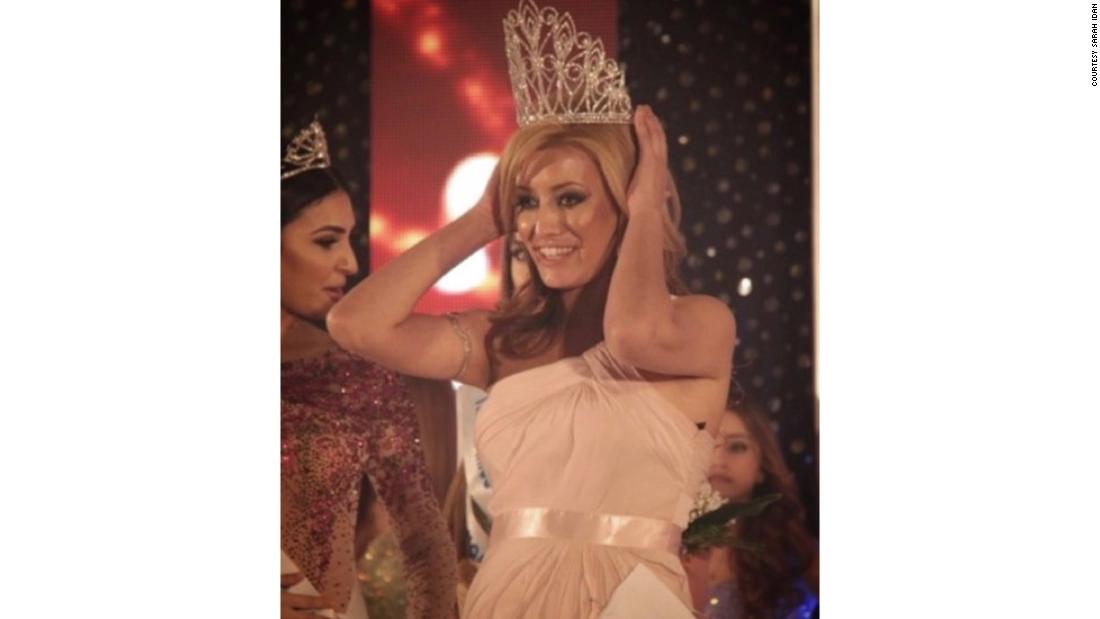 The reaction wasn’t what she expected.
Six days before the pageant, she woke up to threats from the Miss Iraq organization, warning her to take down the photo or she’d be stripped of the title.
Others threatened her life.
She immediately called her family who was living in Iraq.
“My mom was freaking out. I told her ‘Mom, just get out. Get out.’ I told her I’m sorry and asked if she wants me to leave the competition. I was ready to drop out right then.”
Idan says she was also being threatened online because she wore a bikini during one of the preliminary competitions.
But it was the selfie with Miss Israel that had the most serious repercussions. Iraq and Israel don’t have any formal diplomatic relations, so the picture was causing an international outcry.
“When I posted the picture I didn’t think for a second there would be blowback,” Idan says. “I woke up to calls from my family and the Miss Iraq Organization going insane. The death threats I got online were so scary.”
Idan refused to take the photo down.
“The director of the Miss Iraq Organization called me and said they’re getting heat from the ministry. He said I have to take the picture down or they will strip me of my title.”

Dealing with the fallout

A day after she posted the selfie, Idan agreed to put up a second post explaining that she doesn’t support the Israeli government or its policies in the Middle East, and apologized for “anyone who thinks it’s an attack for the Palestinian cause.”
Idan didn’t talk to the media about the controversy so her parents and other family members could quietly leave Iraq.
“People in Iraq recognized my family, they immediately knew who they were. And they were getting death threats.”
Idan, who has dual US and Iraqi citizenship, was trying to get her national ID renewed during the pageant. She needed the ID to get her Iraqi passport renewed.
Before her family fled the country, she said her mother was told at the passport office in Baghdad that Idan would have to reapply for the national ID.
That would require Idan to travel back to Iraq, which she says she’s afraid to do. 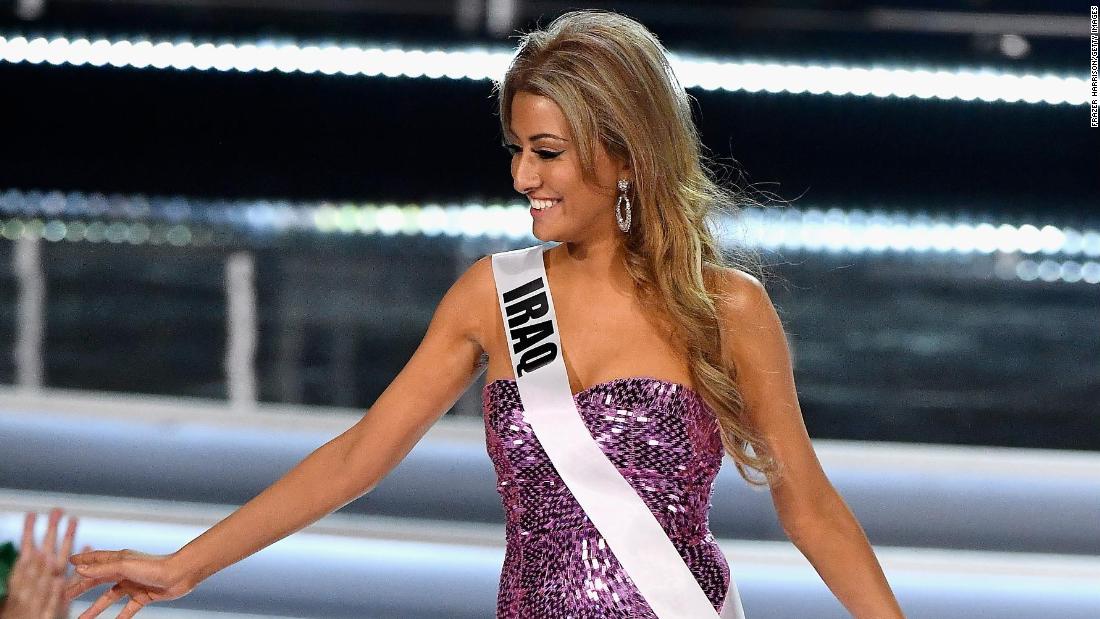 In the days before the Miss Universe pageant, Idan, who was accompanied by designer Oday Shakar, says she was feeling angry about the fallout from the selfie and being forced to wear a more modest swimsuit in the televised competition.
She says Miss Universe organizers wiped all her bikini photos off the web.
The day of the pageant, she tried to put the drama behind her and focus on representing her country.
“A lot of people have the wrong idea about Iraq, and while we do have extremists, we also have good people,” she says. “Most of the good people go unnoticed.”
She didn’t place in the pageant, and returned home to Los Angeles.

Fear, but no regrets

Today, Idan says she’s still getting death threats on social media over that selfie.
She says she is trying to focus on her career.
But the government of Iraq, she says, has offered no support.
“I’m here trying to paint a good picture about our country and our people, but instead I get a negative response. I have no support whatsoever from the Miss Iraq Organization and our government,” she said.
In a statement to CNN, the Miss Iraq Organization says while the group was supportive of Idan, it didn’t have the funding to provide for all her needs. “In terms of the picture with Miss Israel, we (sic) got a strong attack from the Iraqi street but (sic) we did not say we would strip her title. We told her to clarify what happened.”
Idan said the organization’s statement “is false, I have proof showing they threatened to take my title away if I didn’t remove the picture … They threatened to take my title many times, if (I) didn’t respond to them quick enough, they would threaten to take my title.” Referring to herself and her family, she said the Miss Iraq Organization was “trying to scare us.”
A State Department official said, “we have seen media reports regarding Sarah Idan’s family leaving Iraq. However, due to Privacy Act considerations, it is Department of State policy to not comment on or confirm any individual’s citizenship.”
The Iraqi government has not yet responded to a request for comment from CNN.
In the last week, the controversy reignited when Miss Israel told Israeli TV that Idan’s family was forced to flee their country.
Idan said she wanted to keep a low profile until her family got out of the country. While she said they are safe now, she still worries about what could happen.
“I was crying to my mom and felt like it’s my fault they left, and she said, ‘no, it’s not your fault, we live in a f****d up society.'”
Idan says she has no regrets about posting the photo.
“The government has been scary quiet. And when they’re this quiet, you don’t know what waits for you at home.”
« House approves tax reform bill, as Trump eyes major legislative win » Cops Handcuff 11-Year-Old Girl At Gunpoint As She Walks Out Of Her Home