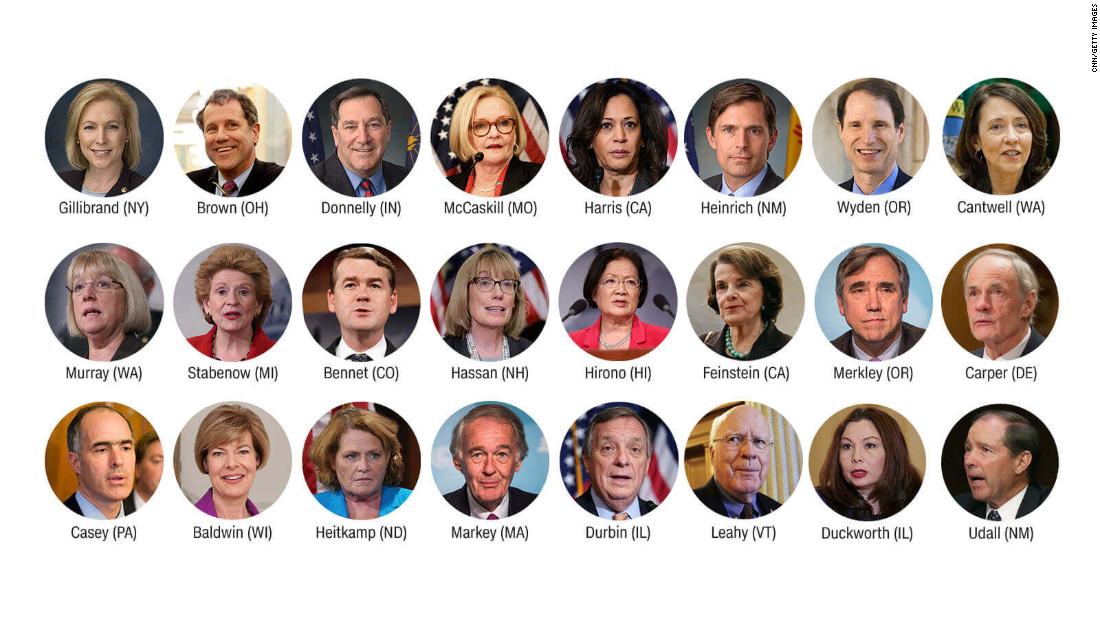 Thirty-two Democratic senators — 13 female and 19 male — called on Franken to resign as allegations of sexual harassment against him continue to mount. Republican Sen. Susan Collins also called on Franken to quit.
In a statement on Facebook, New York Sen. Kirsten Gillibrand wrote: “While Senator Franken is entitled to have the Ethics Committee conclude its review, I believe it would be better for our country if he sent a clear message that any kind of mistreatment of women in our society isn’t acceptable by stepping aside to let someone else serve.”
RELATED: Army veteran says Franken groped her during USO tour in 2003
Sens. Claire McCaskill of Missouri, Patty Murray of Washington, Maggie Hassan of New Hampshire, Kamala Harris of California, Tammy Baldwin of Wisconsin, Debbie Stabenow of Michigan, Sen. Heidi Heitkamp of North Dakota, Maria Cantwell of Washington, Dianne Feinstein of California, Tammy Duckworth of Illinois, Elizabeth Warren of Massachusetts and Mazie Hirono of Hawaii also joined in the call for Franken to resign. 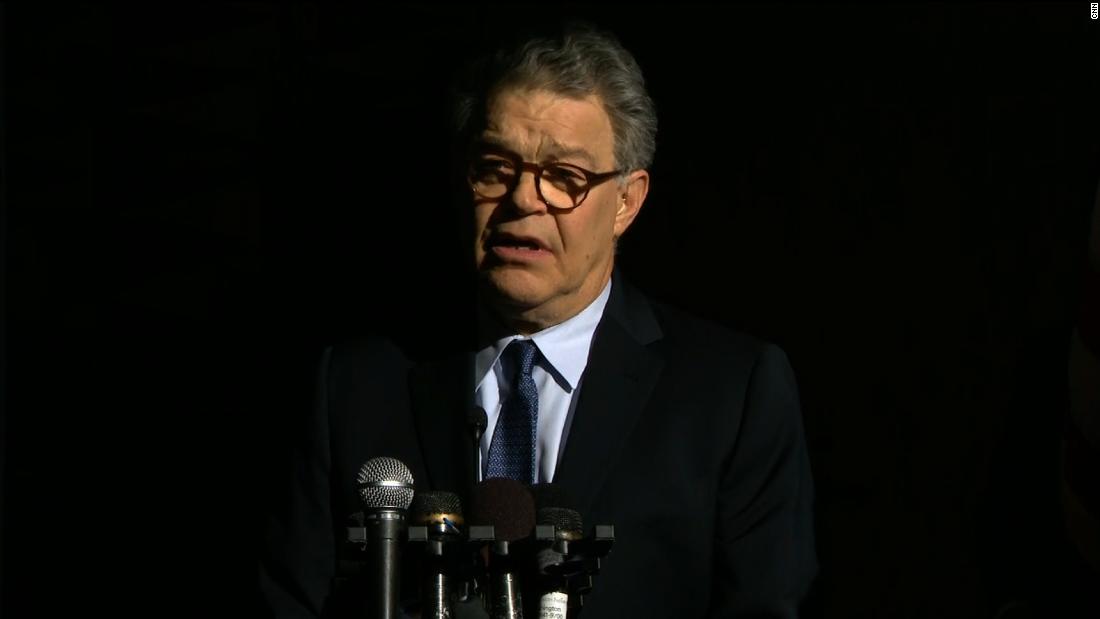 Sen. Bob Casey of Pennsylvania was the first male Democratic senator to call on Franken to resign just after noon Wednesday. Sens. Joe Donnelly of Indiana, Michael Bennet of Colorado, Ed Markey of Massachusetts, Patrick Leahy of Vermont, Ron Wyden of Oregon, Martin Heinrich of New Mexico, Sen. Tom Udall of New Mexico, Tom Carper of Delaware, Chris Murphy of Connecticut, Jeff Merkley of Oregon, Cory Booker of New Jersey, Gary Peters of Michigan, Jon Tester of Montana and Sherrod Brown of Ohio also called for Franken to step down. Sen. Dick Durbin of Illinois — the Democratic whip — also called on Franken to resign just before 1 p.m. ET. Independent Sens. Angus King of Maine and Bernie Sanders of Vermont, who both caucus with the Democrats, also called for him to resign.
“I consider Senator Franken a dear friend and greatly respect his accomplishments, but he has a higher obligation to his constituents and the Senate, and he should step down immediately,” Schumer said in a statement that went out just before 5 p.m. ET.
A tweet from Franken’s office after 6 p.m. ET said the senator had not yet made a decision on whether to resign and was “talking with his family.”
The Senate Ethics Committee is investigating Franken following an account described by Leeann Tweeden, a morning news anchor on KABC radio in Los Angeles, which described Franken groping and forcibly kissing her during a USO tour in 2006, before Franken became a senator. After that initial account, several other women came forward to say Franken inappropriately touched them. Franken has repeatedly apologized about behavior that he said “crossed a line” for some women. The second-term senator has also said that he has taken thousands of photos with people over the years and that while he doesn’t remember specific pictures or campaign events, any inappropriate behavior was unintentional.
At least six women — three named and three unnamed — have accused Franken of inappropriately touching them. The most recent accusation came in a Politico report Wednesday, in which, a woman who chose not to be identified alleged Franken tried to forcibly kiss her after a taping of his radio show in 2006. Franken released a statement categorically denying the accusation. “This allegation is categorically not true and the idea that I would claim this as my right as an entertainer is preposterous,” the Minnesota senator said. “I look forward to fully cooperating with the ongoing ethics committee investigation.” CNN has not verified the accusations in the Politico report.
A person familiar with the conversations told CNN Schumer called Franken after the Politico story published and told him he needed to step down.​ The person said Schumer subsequently had a series of conversations with Franken about stepping down throughout Wednesday.
The calls for Franken to resign come one day after Democratic Rep. John Conyers of Michigan announced he would retire immediately. Conyers had also faced multiple allegations of sexual harassment by former employees, accusations Conyers vehemently he denied.
This story has been updated and will continue to update with additional developments.
« Man rescues rabbit from fires, instantly restores our faith in humanity » Ex-South Carolina cop Michael Slager gets 20 years for Walter Scott killing