Doria Ragland: Meghan Markle’s mother by her side on wedding day 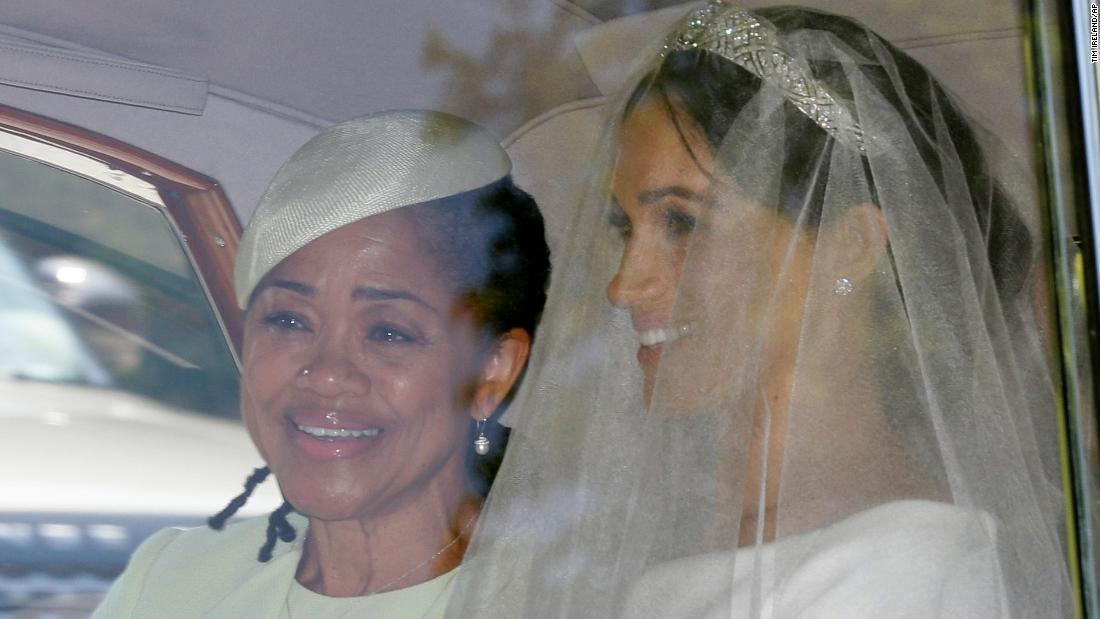 (CNN)Meghan Markle arrived for her wedding to Prince Harry in Windsor on Saturday morning, accompanied by her mother, Doria Ragland, who has been by her side since Wednesday.

Mother and daughter sat together in the back seat of the Queen’s Rolls-Royce Phantom for the journey from Cliveden House Hotel, a five-star hotel in a 17th-century mansion, around 30 minutes’ drive from Windsor.
The pair traveled to the castle together, driving up the long walk before stopping to let Ragland out and to pick up some of the bridal party before continuing to the chapel. Ragland arrived at St. George’s Chapel to watch her only daughter walk down the aisle, looking on from a pew with tears in her eyes. 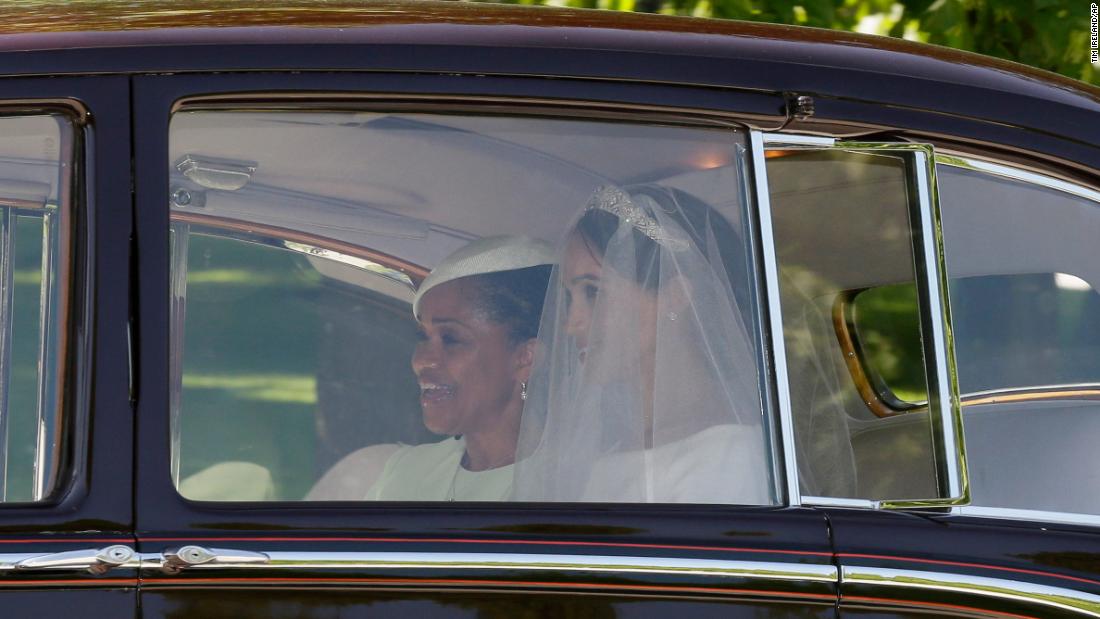 It’s been a whirlwind few days for Ragland, who met Queen Elizabeth for tea at Windsor Castle Friday, as final preparations were made for the royal wedding.
Ragland met several other members of the British royal family on Thursday, Kensington Palace said, ahead of her daughter’s marriage to the Queen’s grandson and sixth in line to the throne.
She had tea with the Prince of Wales and Duchess of Cornwall — Prince Charles and Duchess Camilla — at Clarence House in London. Later, she met Harry’s brother and sister-in-law the Duke and Duchess of Cambridge and their two older children, Prince George and Princess Charlotte, during wedding rehearsals in Windsor.
Meghan has spoken publicly about her close relationship with her mother many times, describing her as a “free spirit” and someone she can rely on.
“We can just have so much fun together, and yet, I’ll still find so much solace in her support. That duality coexists the same way it would in a best friend,” Markle wrote of her mother in Glamour magazine last year.
Ragland, 61, is a yoga instructor and social worker in Los Angeles. She holds a master’s degree in social work from the University of Southern California, according to reports.
Ragland met Markle’s father, Thomas Markle, at a Hollywood studio in the late ’70s. Thomas Markle was working as a lighting director while Ragland was working as a temp, Meghan Markle wrote in Elle magazine in 2015. The pair divorced when Meghan Markle was a young child. 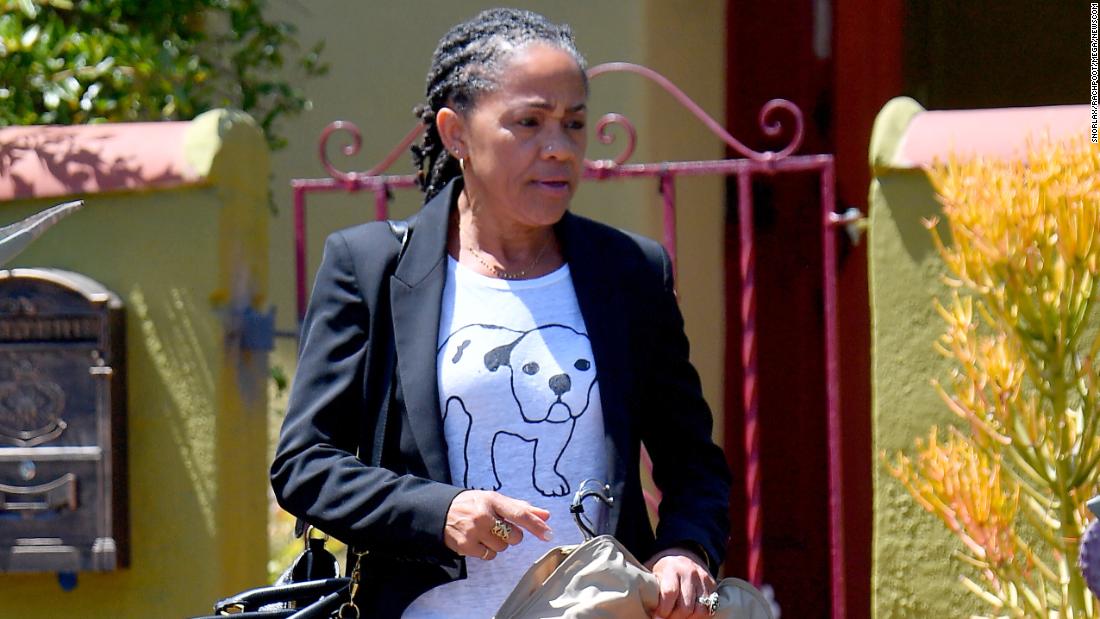 Meghan confirmed on Thursday that her father would not attend her wedding, ending days of speculation over the 73-year-old’s health, and a controversy over whether he staged a series of paparazzi-style photographs
Meghan told Vanity Fair last year that her parents are still on good terms and that they even continued to take vacations together as a family long after the divorce.
Ragland has not spent much time talking to the media, so details about her life have come primarily through her daughter.
Meghan has written and spoken extensively about her racial identity and describes how her African-American mother dealt with racism.
Her parents moved to an LA neighborhood that wasn’t particularly diverse, Meghan wrote in Elle magazine. 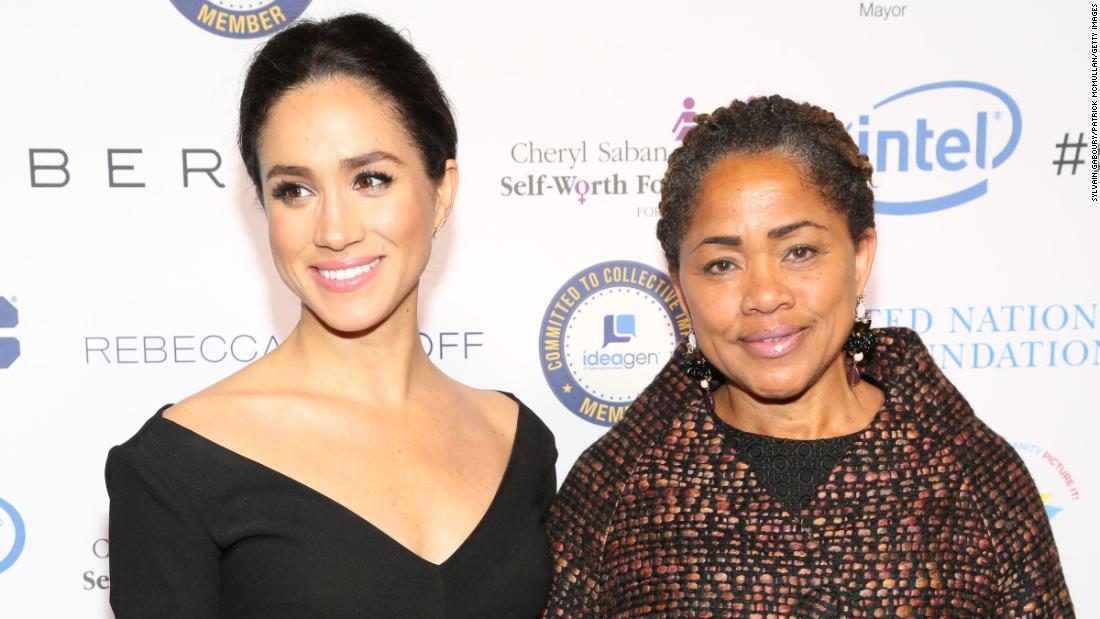 “And there was my mom, caramel in complexion with her light-skinned baby in tow, being asked where my mother was since they assumed she was the nanny,” she wrote.
She also wrote of a time when someone called her mother the N-word. “We were leaving a concert and she wasn’t pulling out of a parking space quickly enough for another driver.”
And in her former blog, The Tig, Meghan reportedly wrote an ode to her mother: “Dreadlocks. Nose ring. Yoga instructor. Social worker. Free spirit. Lover of potato chips & lemon tarts. And if the DJ cues Al Green’s soul classic ‘Call Me,’ just forget it. 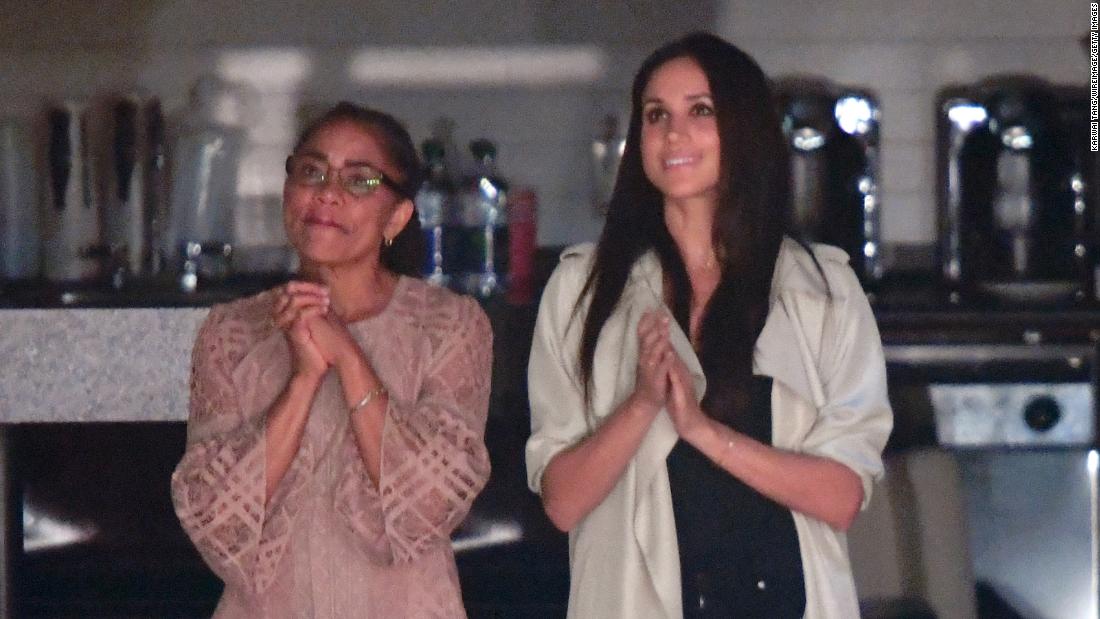 “She will swivel her hips into the sweetest little dance you’ve ever seen, swaying her head and snapping her fingers to the beat like she’s been dancing since the womb. And you will smile. You won’t be able to help it. You will look at her and you will feel joy. I’m talking about my mom.”
Ragland has apparently also found a huge fan in Prince Harry, who described her as “amazing” in a BBC interview.
« This Michael B. Jordan Story Shows How DM-ing A Celebrity Can Pay Off » After Tesla Debacle, Denmark Reconsiders Electric Car Subsidies