From Puerto Rico to Russia, Donald Trump is living in an alternate universe 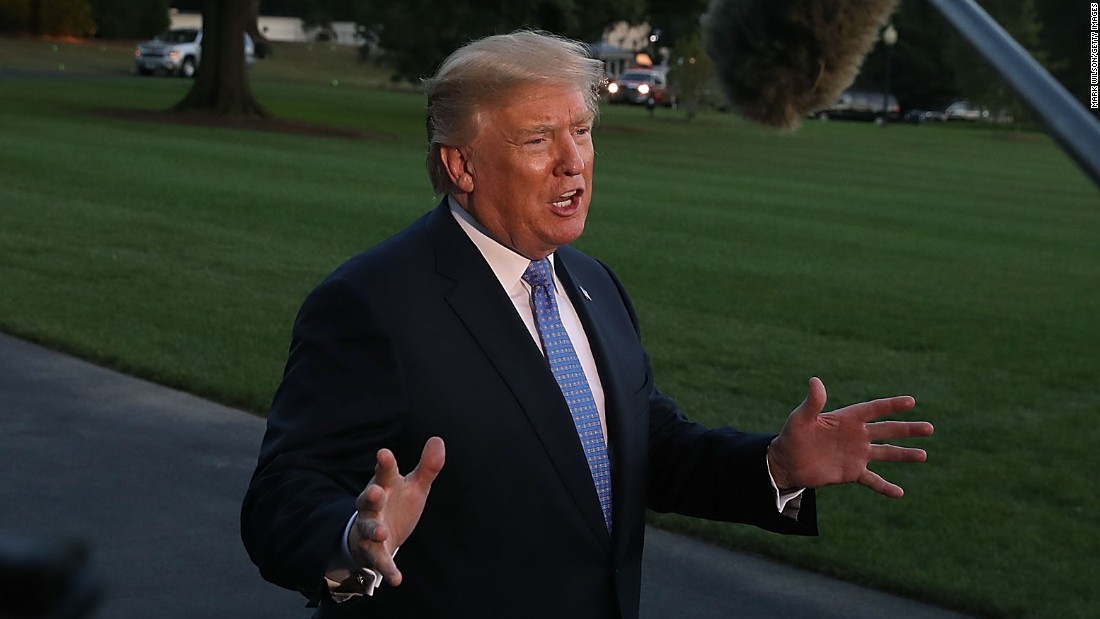 (CNN)To hear President Donald Trump tell it, the recovery efforts in Puerto Rico are going swimmingly — thanks, in large part, to how well he is handling everything.

On Thursday night, Trump tweeted this: “Puerto Rico is devastated. Phone system, electric grid many roads, gone. FEMA and First Responders are amazing. Governor said ‘great job!'”
Earlier Thursday, Trump scolded the press for its coverage of the story: “FEMA & First Responders are doing a GREAT job in Puerto Rico. Massive food & water delivered. Docks & electric grid dead. Locals trying really hard to help but many have lost their homes. Military is now on site and I will be there Tuesday. Wish press would treat fairly!”
The facts on the ground in Puerto Rico tell a very different story. Huge swaths of the country still don’t have power. Drinking water is running low. So is food. The country’s credit card system remains down. A flash flood watch is in effect for the weekend.
As San Juan Mayor Carmen Yulín Cruz said on “New Day” Friday: “This is not a good news story. This is a people are dying story.” (She was responding to an incredibly tone-deaf comment by acting Department of Homeland Security Secretary Elaine Duke on Thursday afternoon.) 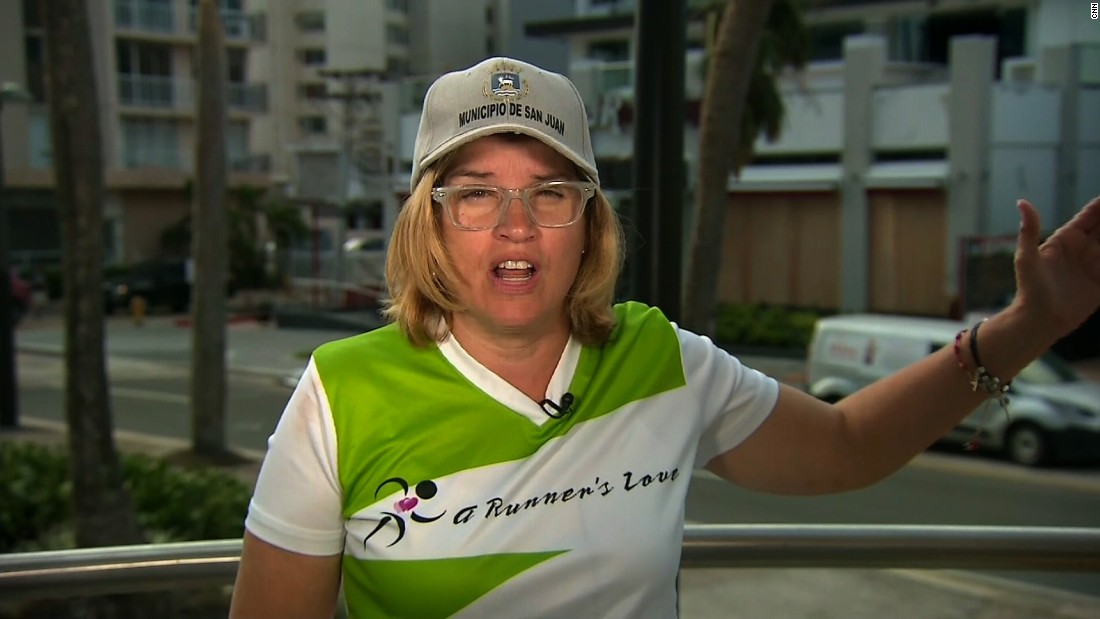 Mayor: Dammit, this is not a good news story

The simple fact is that Trump was caught flat-footed on the humanitarian crisis unfolding in Puerto Rico, distracted by both a fight he picked with pro-athletes over the National Anthem and the Alabama Senate race where his preferred candidate was resoundingly defeated on Tuesday.
That Trump, in the face of all facts to the contrary, continues to insist that things in Puerto Rico are coming around and that his administration’s response to the hurricane has been pitch perfect is broadly consistent with the President’s tendency to create an alternate reality when the fact-based one doesn’t look so good for him.
Witness Trump’s bizarre attempt this week to argue that his side actually does have the votes needed to pass legislation that would repeal and replace the Affordable Care Act and that the only reason it hasn’t passed yet is because a GOP senator is in the hospital. 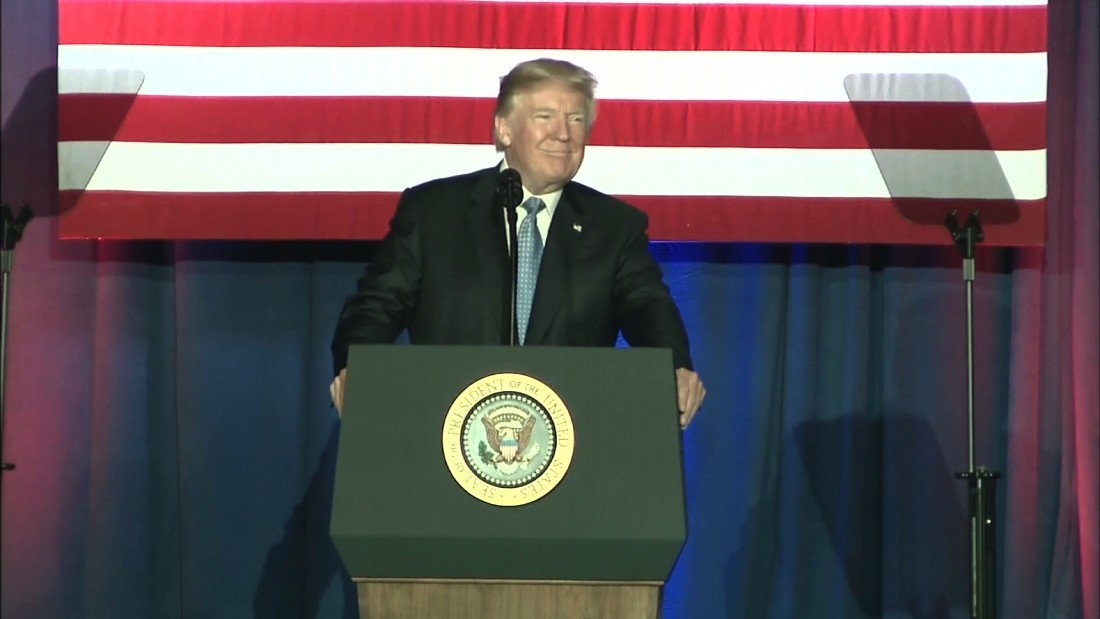 Does Trump really have votes for health care?

“We have the votes for health care,” Trump insisted Wednesday. “The problem is we can’t have them by Friday, because the reconciliation ends on Friday. So we’ll have to do it in January or February. But I feel we have the votes. I’m almost certain we have the votes, but with one man in the hospital we cannot display that we have them — plus some people wanna go through a process just to make themselves feel better. That’s OK.”
Er, no.
First off, Republicans don’t have the votes. At best, they have 46 “yeses” since three GOP Senators are hard “no’s” (John McCain, Rand Paul and Susan Collins) and three more (Ted Cruz, Lisa Murkowski and Mike Lee) have yet to say whether they would or could be for the legislation sponsored by Sens. Lindsey Graham of South Carolina and Bill Cassidy of Louisiana.
Second, there are no senators in the hospital. Trump appears to be referring to Mississippi Republican Sen. Thad Cochran, who is recuperating from a medical procedure in the Magnolia State. “Thanks for the well-wishes,” Cochran tweeted in the wake of Trump’s claim that he was hospitalized. “I’m not hospitalized, but am recuperating at home in Mississippi and look forward to returning to work soon.” Cochran also made clear he would be ready and able to return to Washington to vote for the Graham-Cassidy legislation if the votes were there to pass it. SPOILER ALERT: They aren’t.
Trump’s attitude to the ongoing special counsel investigation into Russian involvement in the 2016 election and potential collusion with his campaign is similarly distanced from reality.
At a speech a week ago in Alabama in support of appointed Republican Sen. Luther Strange, who lost his primary bid Tuesday, Trump repeatedly sought to downplay the seriousness of Russia’s involvement in the election.
“I call it the Russian hoax,” Trump told the crowd. “One of the great hoaxes.” He added, in a heroic feat of red herring-ness: “Any Russians in the audience? Are there any Russians in the audience? I don’t see too many Russians.”
Here’s the thing: The FBI, CIA, NSA and the former Director of National Intelligence all agree that Russia not only actively sought to meddle in the election but that they did so with the express purpose of helping Trump and hurting Hillary Clinton.
Unless you believe all of those intelligence agencies are somehow involved in a massive conspiracy to make the President look bad, then Trump’s repeated insistence that the Russia story is a “hoax” is way, way, way off base.
I’ve written before that Trump is forever telling himself a story of his life and his actions that make him look like the righteous hero — never placing a foot wrong and always being proven right.
The facts — from Puerto Rico to healthcare to Russia — tell a very different story, however. And, while Trump has proven an uncanny ability to sell an alternate reality to himself and his supporters, the facts have a funny way of winning out in the long run.
You can only live in a world of your creation for so long before fact-based reality bursts your bubble. The question for Trump is how long he can keep this up.
« Victoria Beckham is one designer not opposed to dressing Melania Trump » Cal Thomas: Students at Seattle Law School are being denied a well-rounded education by the free speech police