Last year he almost died in a snowboarding accident. Now he’s won bronze at the Olympics 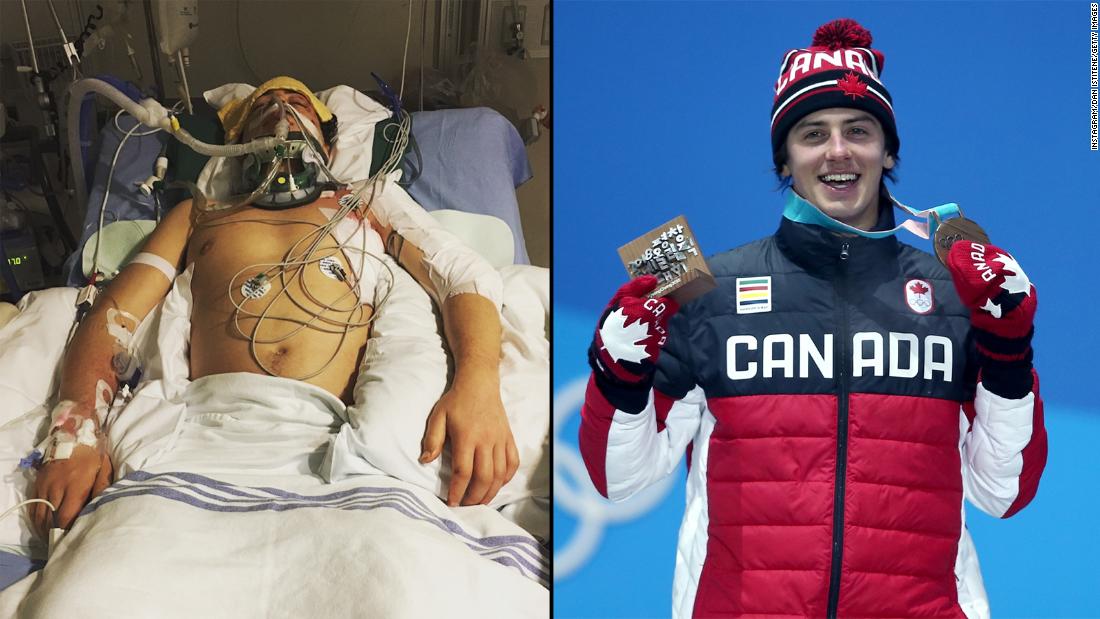 (CNN) Eleven months ago Mark McMorris lay waiting for a rescue helicopter in the backcountry near Whistler, British Columbia, with a fractured jaw, a ruptured spleen, internal bleeding, multiple broken bones and a collapsed lung.

But on Sunday, a beaming McMorris stood proudly on the Olympic podium after winning the bronze medal in men’s snowboard slopestyle.
The Regina native had an impressive showing in the event, in which snowboarders must navigate a course filled with rails and jumps. He was leading the pack until the third and final run, when Team USA’s Red Gerard pulled off a shocking upset to win gold.
Not only did McMorris beat the odds and return to competition after life-threatening injuries, but he and teammate Max Parrot earned Team Canada its first medals of the PyeongChang games.
In taking silver and bronze respectively, the pair also made history by giving Canada its first ever double podium in an Olympic snowboard event, according to the Canadian Olympic Team .
McMorris, 24, who also won a bronze medal at the 2014 Winter Olympics in Sochi, Russia, is no stranger to serious injury. In 2016 he broke his femur in a fall and needed a metal rod surgically implanted in his leg.
“I’m glad I pulled through that last injury to be here because this is pretty special, ” he told reporters Sunday.
« Billy Graham remembered as ‘faithful,’ ‘most important evangelist’ by religious leaders » Florida high school suspect Nikolas Cruz confessed he was the shooter, affidavit says