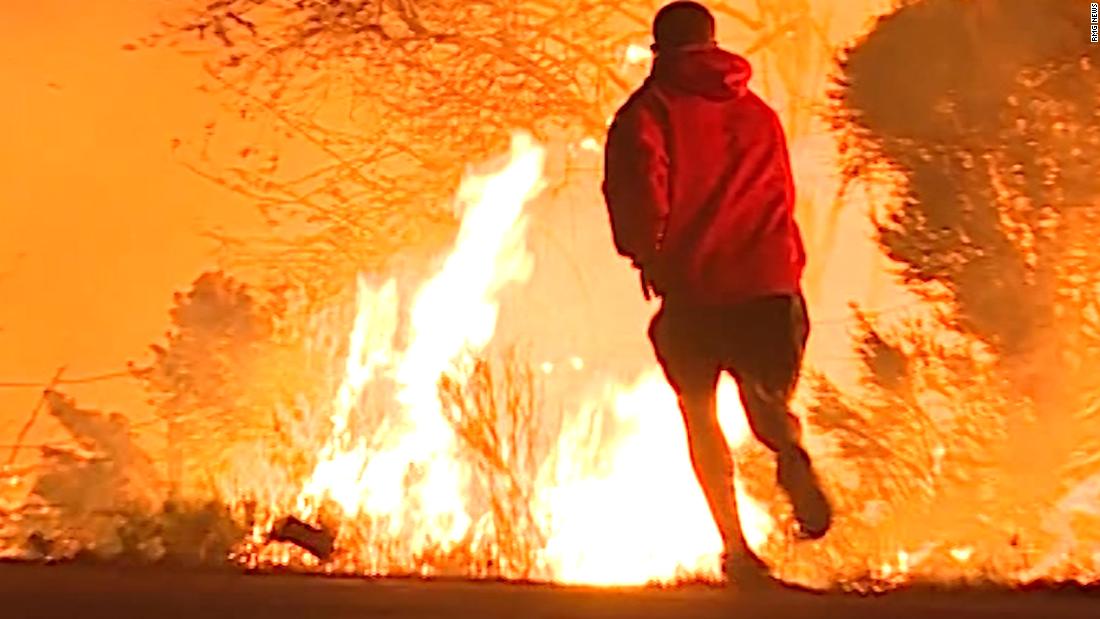 (CNN)As Californians suffer the devastation caused by wildfires that have burned through more than 100,000 acres, one man braved the flames to save a wild rabbit and instantly became the hero we didn’t know we needed.

But then, a wild rabbit darts across traffic and into the burning brush.
A man, stopped on the road and wearing just shorts and a hoodie, races after him. The rabbit is both out of reach and in danger.
That’s when the panic sets in. The man clutches his head, jumps up and down, and paces anxiously, agonizingly trying to figure out how to rescue the creature from its burning habitat.
In a last-ditch effort, he wades into the brush to coax the rabbit out from the fire.
After some pleading, the rabbit runs out of the flames and, after a few stumbles, into the motorist’s arms, who carries him to safety along Highway 1.
The moment was a welcome relief from the damage and destruction the fires have caused.
One Twitter user said the video would serve to restore faith in humanity.
Another called him a hero.
We don’t know who this man is, but it doesn’t matter. Whoever he is, he has been added to the ranks of heroes who have risen from tragedy with their small acts of compassion.
« A Saudi Prince Is the Mystery Buyer of the $450 Million Da Vinci » Democratic senators to Al Franken: Resign