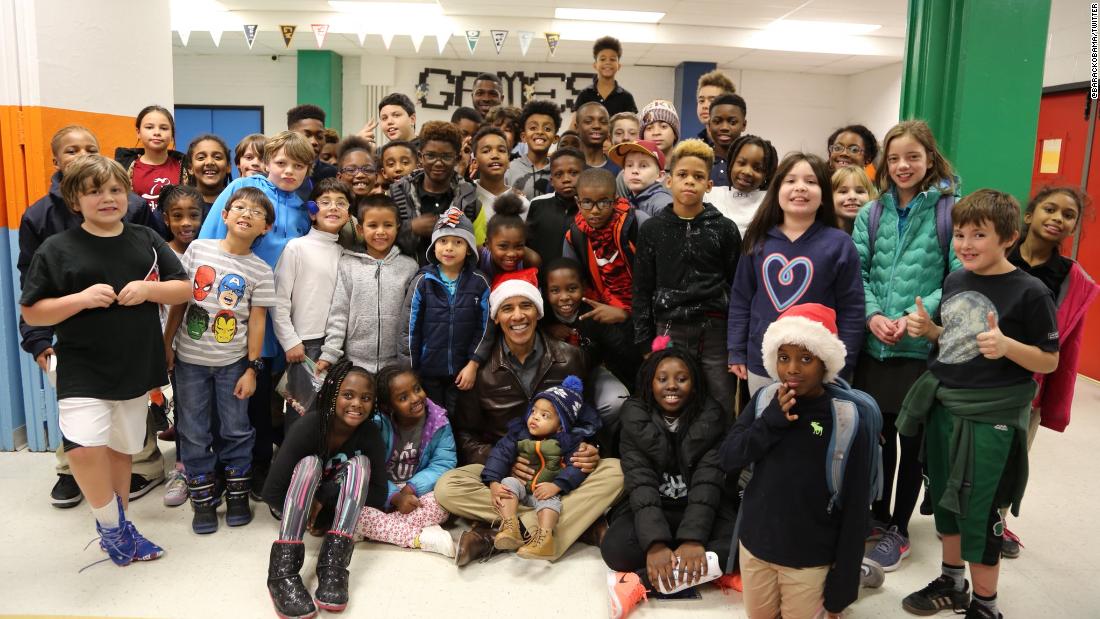 Obama visited a Boys and Girls Club to celebrate the holiday season by visiting with local children and handing out gifts. About 50 kids were excited to see the former President and greeted him with handshakes and cheers when he walked through the door with a big sack of gifts slung over his shoulder.
“There’s no better time than the holiday season to reach out and give back to our communities,” the former President tweeted alongside a photo of the Thursday visit. “Great to hear from young people at the Boys & Girls Club in DC today.”
Obama, a Chicago native, has decided to stay in the DC area after his eight years in the White House. He and former first lady Michelle Obama have purchased a home in the Kalorama neighborhood while their youngest daughter, Sasha, finishes her tenure at Sidwell Friends School in northwest Washington. Their eldest daughter, Malia, is now a freshman at Harvard University.
Leaving the White House hasn’t been the end to Obama’s public service, and he and Michelle have frequently surprised local children at schools and youth organizations around the Washington area over the past year. They also started the Obama Foundation, listing the mission as “to inspire and empower people to change their world.”
« ‘There’s a war coming,’ Marine Corps general warns US troops » With immigrant pardons, Gov. Brown butts heads again with White House