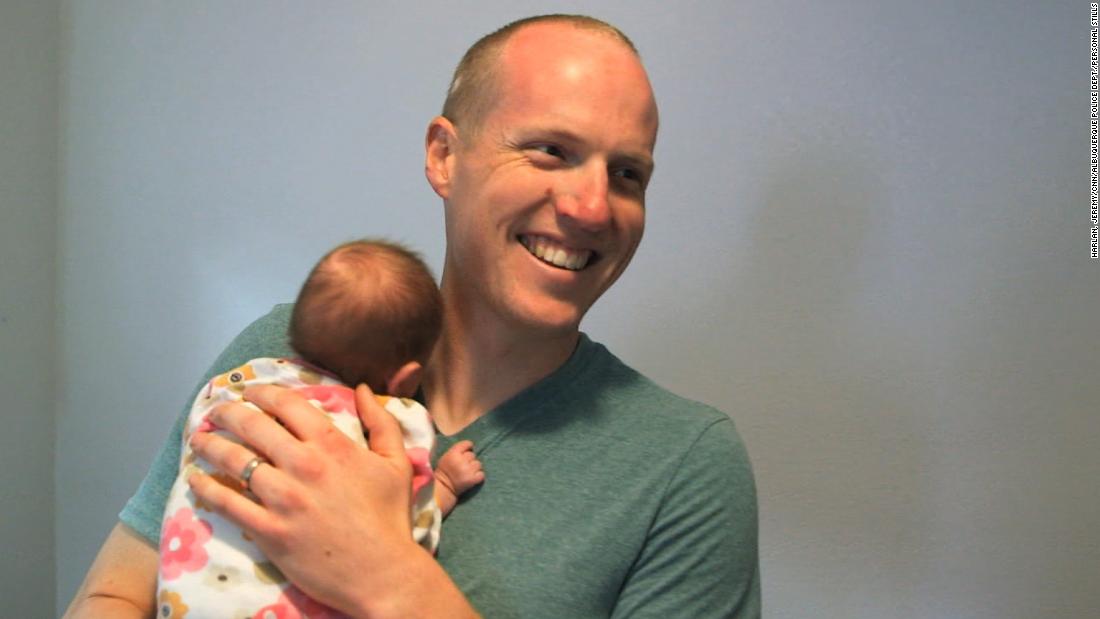 Albuquerque, New Mexico (CNN)Police officers will often tell you there’s no such thing as a routine call when you’re patrolling the streets.

But when Albuquerque police officer Ryan Holets responded to a possible theft at a nearby convenience store, it had all the hallmarks of a mundane assignment he could quickly clear from the call log.
It didn’t turn out that way.
As Ryan left the convenience store on September 23, he noticed out of the corner of his eye a couple sitting on the grass against a cement wall. It appeared the man and woman were shooting up heroin in broad daylight behind the convenience store.
Ryan turned on his body camera and approached the couple but he wasn’t prepared for what he saw. The woman was in the middle of injecting a needle into her companion’s arm. Then he noticed the woman was pregnant.
“It’s not every day I see a sight like that and it just made me really sad,” he told CNN.

Do you know an officer who has gone above and beyond what the job requires? E-mail us at BeyondtheCallofDuty@cnn.com.

Crystal Champ, 35, looked slightly dazed and agitated in the body camera footage as you hear Ryan begin to scold her. She told the officer that she was almost 8 months pregnant and addicted.
“You’re going to kill your baby,” Ryan is heard saying on the bodycam footage. “Why do you have to be doing that stuff?” It’s going to ruin your baby.”
In the video, Champ is seen breaking down in tears after hearing this. She told CNN the officer’s words cut deeply because, even though she’s pro-choice, the idea of having an abortion was never an option for her.
“I was like how dare you judge me. You have no idea how hard this is,” Champ told CNN. “I know what a horrible person I am and what a horrible situation I’m in.”

‘He became a human being instead of a police officer’

Champ, who has battled addiction since she was a teenager, sat down for an interview with CNN outside of a tent where she currently lives in Albuquerque.
Champ has been homeless for more than two years. She detailed a life time of battling heroin and crystal meth addiction and how the drug controls every moment of her life, spending up to $50 a day on scoring hits of heroin simply so she can “get well.” She’s tried multiple times to get clean, but failed.
“I did give up. I just decided this was going to be my life,” Champ said. “It just keeps coming back and ruining my life.”
In the body camera footage, Ryan questions Champ and her companion for almost 11 minutes. He focused on Champ and tried to figure out whether she fully understood the danger drug use was inflicting on her unborn child. 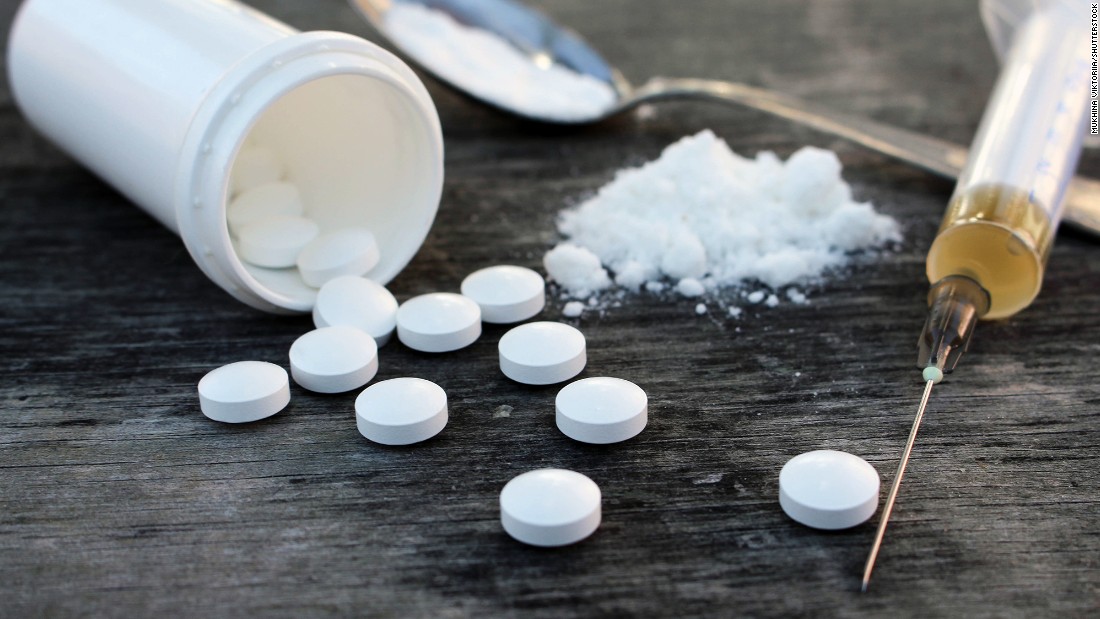 In the course of the conversation, Champ emotionally told Ryan that she desperately hoped someone would adopt her baby. Champ says the words triggered a change in the officer’s demeanor.
“He became a human being instead of a police officer,” Champ said.
Ryan made the call to not charge the couple with drug possession but he couldn’t shake the voice in his mind telling him that this was his chance to help and truly make a difference.
Ryan showed Champ a picture of his wife and four children, including a 10-month old baby and in that moment offered to adopt her baby.
“I was led by God to take the chance,” Ryan said. “God brought us all together. I really don’t have any other way to explain it.”
Champ was stunned and says she looked at him to “make sure his eyes were genuine and that I could see his soul.” She realized instantly, her prayers had been answered.
But there was one problem, Ryan offered to adopt Champ’s baby but had not told his wife about it.
Rebecca Holets was just a few miles away at a going-away party for a friend. Ryan jumped in his police car and drove over to the party to break the news.
Ryan walked up to his wife, who was holding their 10-month old baby, and said he had just met a pregnant woman who was shooting up heroin and that he offered to adopt the baby. 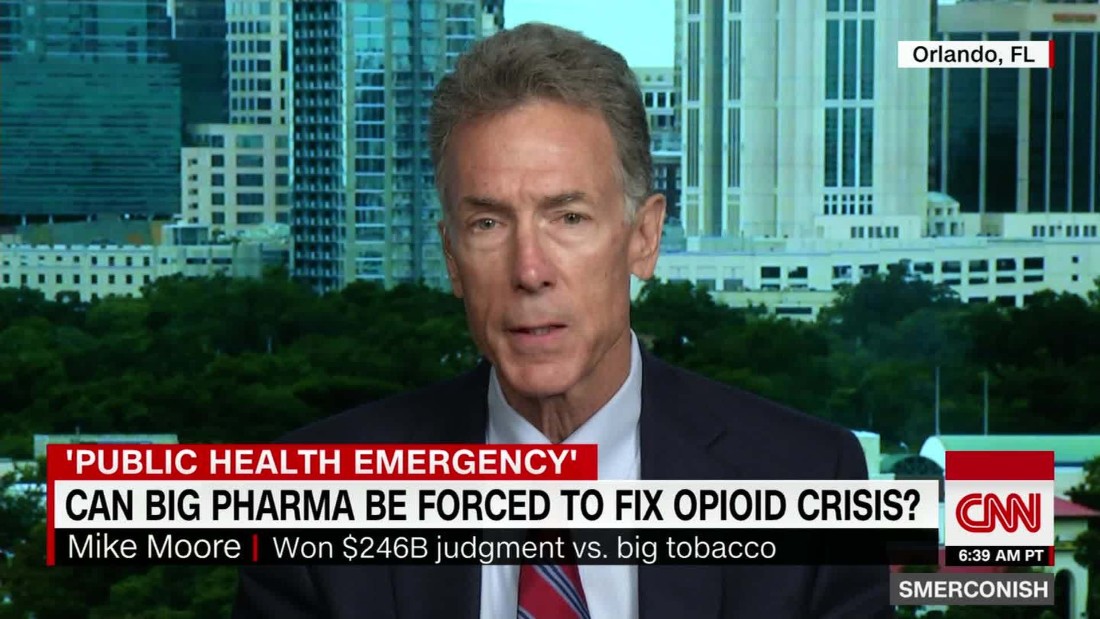 Can big pharma be forced to fix opioid crisis?

The couple had discussed adopting a child in the future but were waiting for their youngest child to grow a little older. When Ryan delivered the shocking news at the party, Rebecca never hesitated.
“He already knew my heart on the issue and he knew that I would be totally onboard with it,” Rebecca said.
The Holets say they see many in the world around them who desperately need stability. They know they can’t help every child, but Rebecca knew she could take on the challenge of raising another baby.
“We feel God has called us to do that,” Rebecca said. “It’s been on our hearts for a while.” 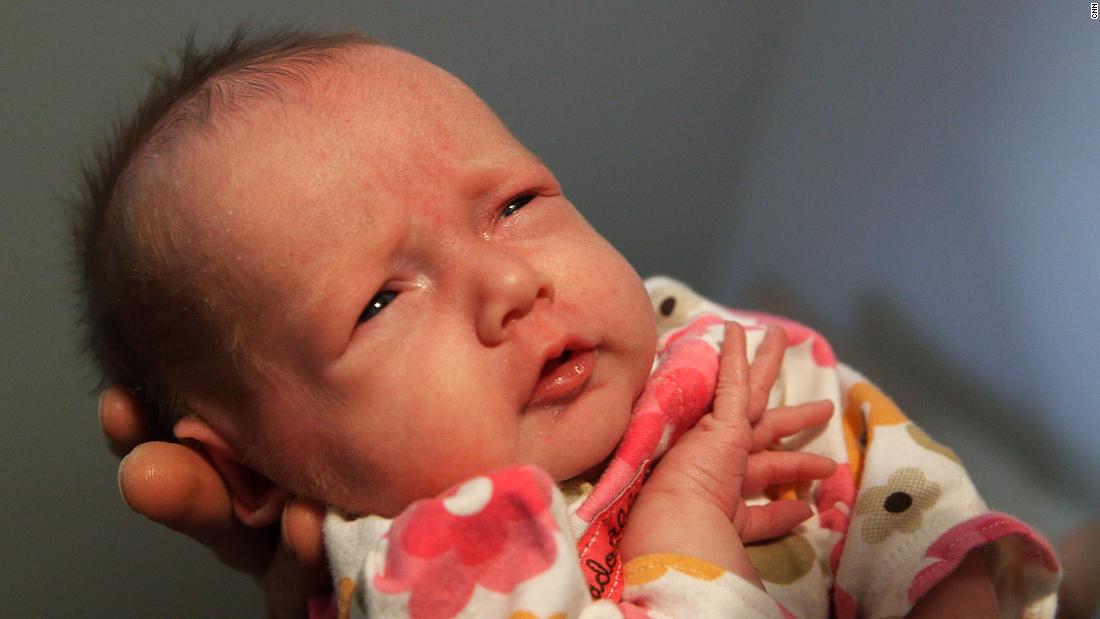 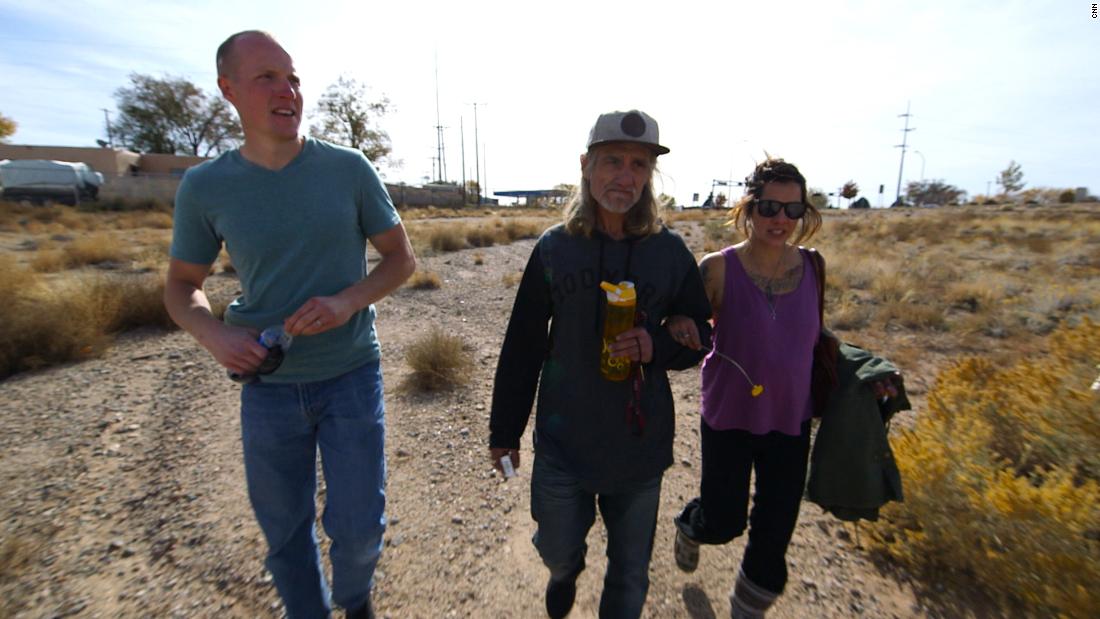 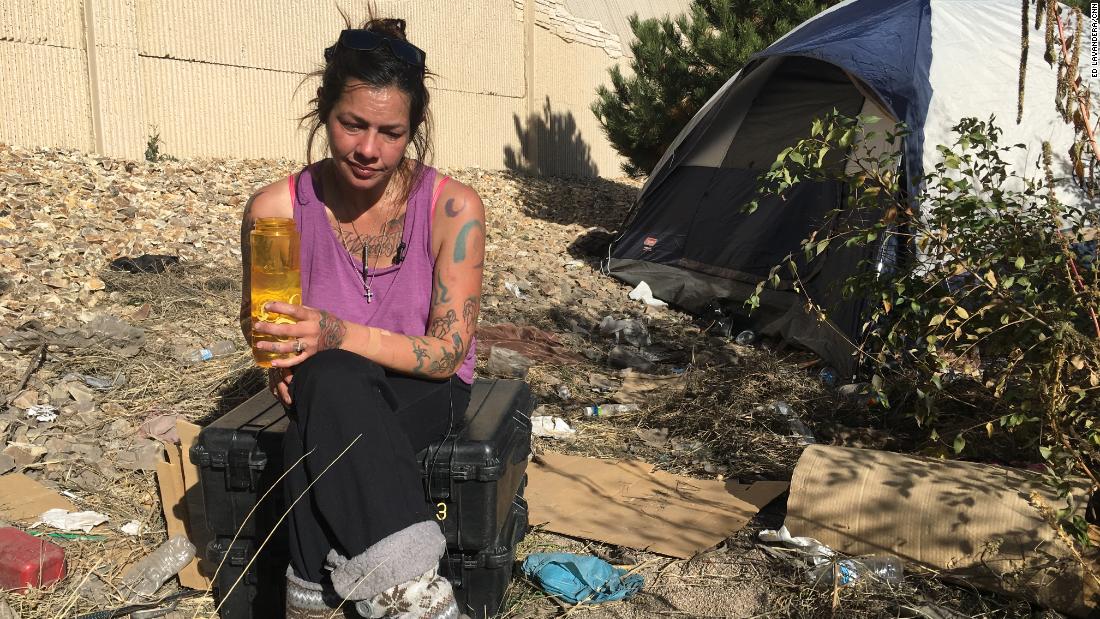 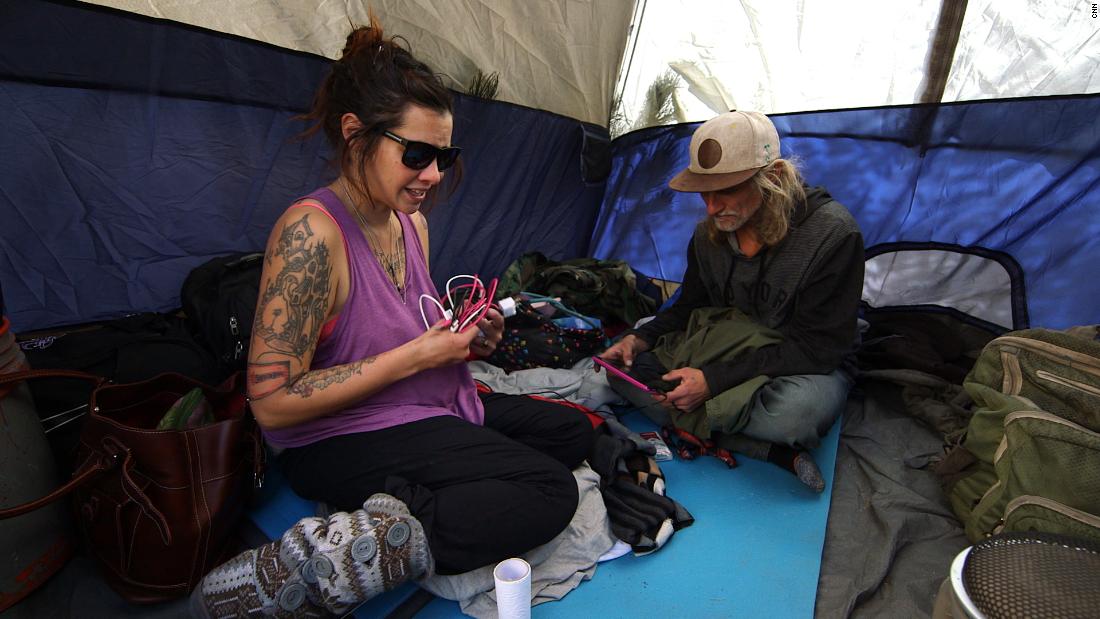 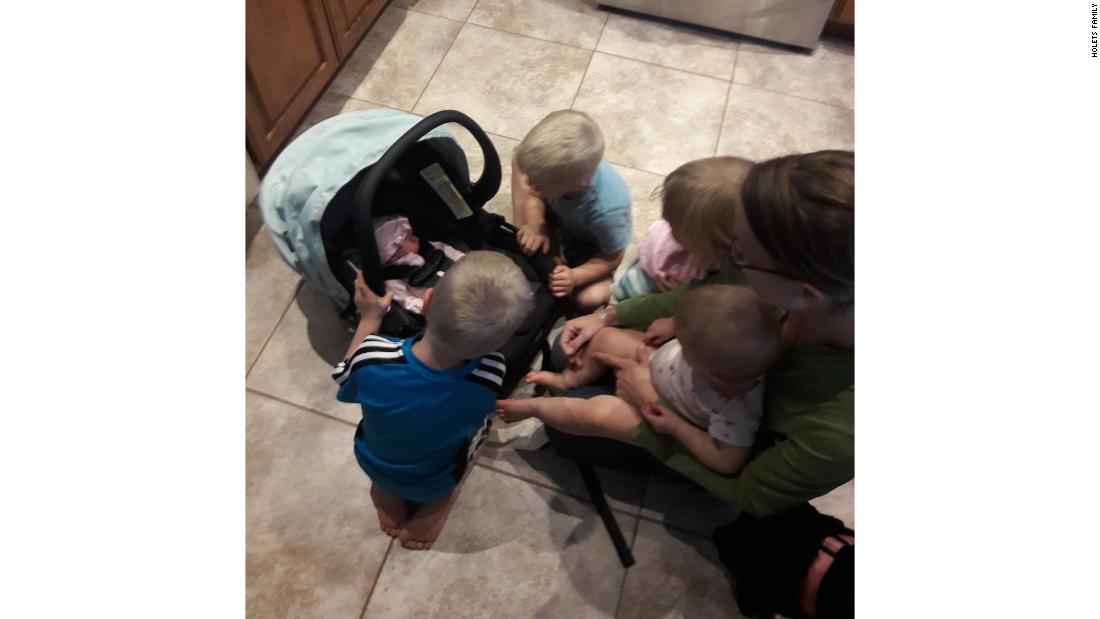 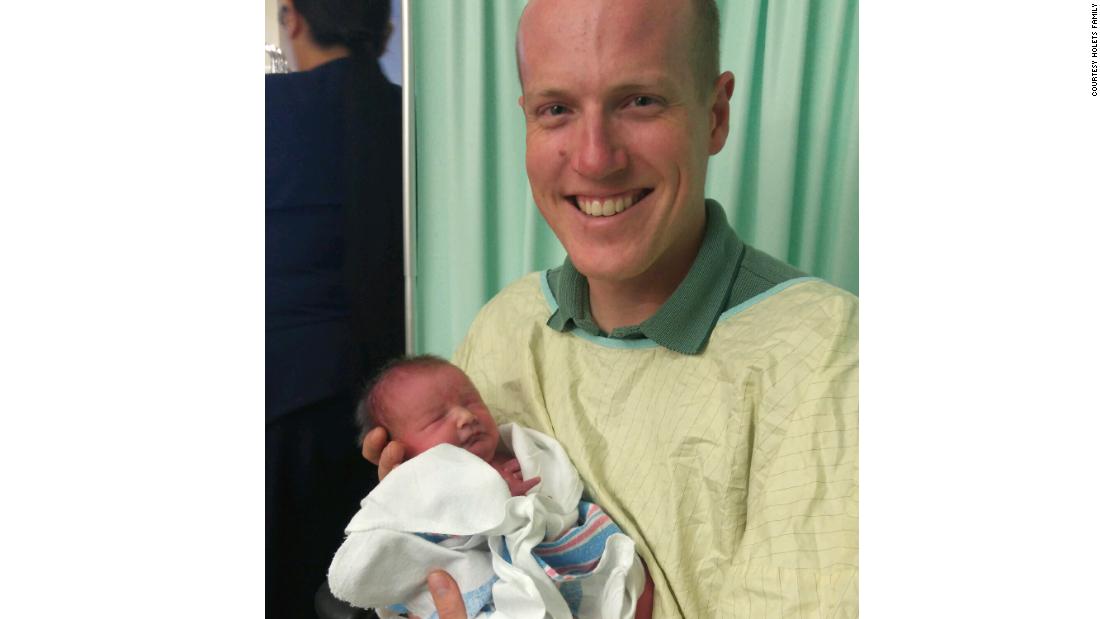 A few days later when Rebecca walked into the nursery with Crystal Champ, it would be the last time the birth mother would see the newborn. Rebecca watched Crystal fawn over how beautiful the little girl looked.
“I love you. Goodbye,” Rebecca recalled Crystal saying to the baby. “And then she turns to me and says ‘Take care of her for me.’ And I said, ‘I will take good care of her and you take good care of yourself.’ It was super emotional.”
Rebecca said from that moment she was Baby Hope’s new mother.

Opioid babies are born every 25 minutes

Baby Hope represents an alarming trend in the United States, babies born addicted to opiates.
The medical term for a baby exposed to opioid abuse in the womb is, neonatal abstinence syndrome, or NAS.
The Centers for Disease Control and Prevention released a study in 2016 that determined the number of neonatal abstinence cases tripled between 1999 and 2013.
The National Institute on Drug Abuse estimates that a baby suffering from opioid withdrawal is born every 25 minutes in the United States and that these babies face developmental issues.
Dr. Heather Pratt-Chavez is a pediatrician at the University of New Mexico, the same hospital where Baby Hope was born. She specializes in babies born with opioid exposure and says that babies usually need several weeks of medical treatment, which can include morphine and methadone, to help the newborn detox.
The Holets say Baby Hope suffered the painful process of detoxing and withdrawals and even endured methadone treatment.
Babies suffering from NAS usually endure abnormal sleep patterns, are difficult to console and have trouble feeding. The withdrawal symptoms are just as intense for babies as adults.
“I look into their little faces and see their brows furrowed and watch for their faces to relax,” Dr. Pratt-Chavez told CNN.
Many experts says intensive intervention in early infant care is crucial to ensuring a healthy future for the baby. After the initial medical treatment, Dr. Pratt-Chavez says “skin-to-skin” touch is crucial in lowering stress levels and ensuring the most nurturing development.

Hope for the future

Baby Hope is no longer in the hospital. The Holets family takes her for weekly medical checkups but mostly they’re beginning to settle into their new routine.
Crystal Champ’s future is bleak. She’s still battling addiction and remains homeless. Ironically, Crystal Champ was also given up for adoption as a newborn. She remembers the lyrics of a song that her adoptive parents used to sing her as a child:
“I’m Crystal. I’m adopted. I’m loved, loved, loved.
I’m Crystal. I’m adopted. I’m loved, loved, loved.” 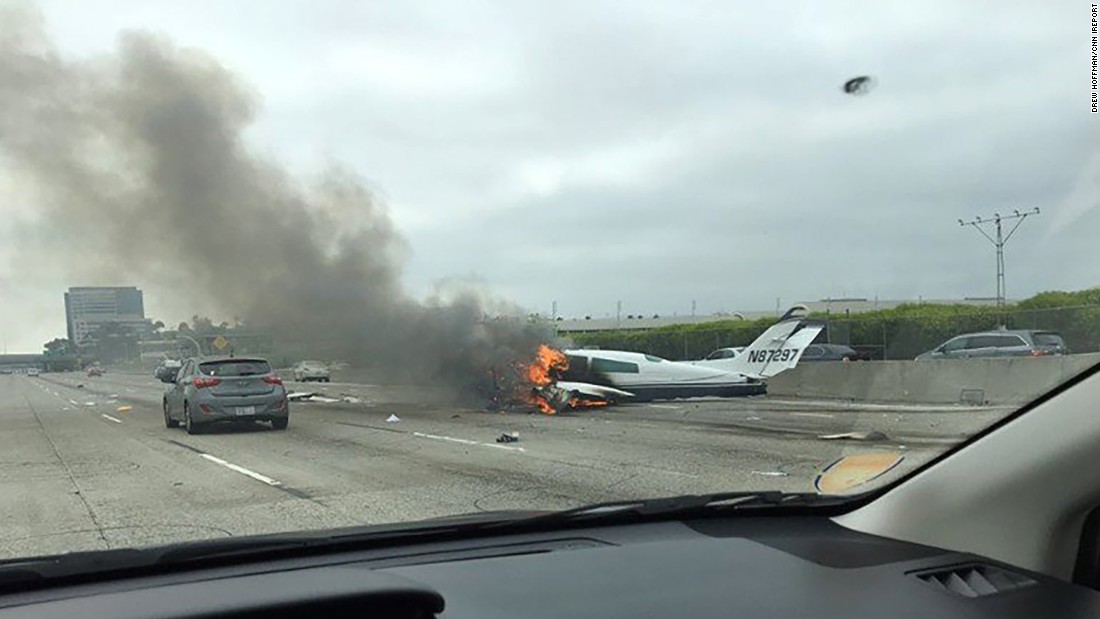 But she hopes that when Hope grows older she’ll understand how much her mother and father loved her. And that placing her with a loving family was the best thing to do for her future.
“She needs to have a safe environment and a stable life and be able to grow and be nurtured and be safe and secure and all of these things I can’t give her right now,” said Champ.
Both Crystal and the Holets marvel at the inexplicable course of events that brought them together in that convenience store parking lot back in September.
Ryan calls it “providence” and still can’t believe that he met the parents of his future child on what was supposed to be an unmemorable call.
Crystal calls it “serendipity” and describes the adoptive parents of her baby girl as a “light in this world.”
“There needs to be more people like Ryan and his wife and their family in this world,” she said.
The Holets know their new baby will likely face trials and troubles in the future. The threat of developmental issues is real. But they’re banking on love and nurturing to save Baby Hope’s life.
Rebecca says as Hope grows older, and when the time is right, they will share the details of how she was adopted. And they want her birth parents, Crystal Champ and Tom Key, to have a place in their life. But the road to overcoming addiction is unpredictable.
“Whatever struggles she has, we’ll be there and we’ll work through it,” said Ryan. “And that makes me happy.”
« Trump lashes out at senator amid calls to resign over sexual misconduct allegations » Prince Harry interviews Barack Obama for radio show