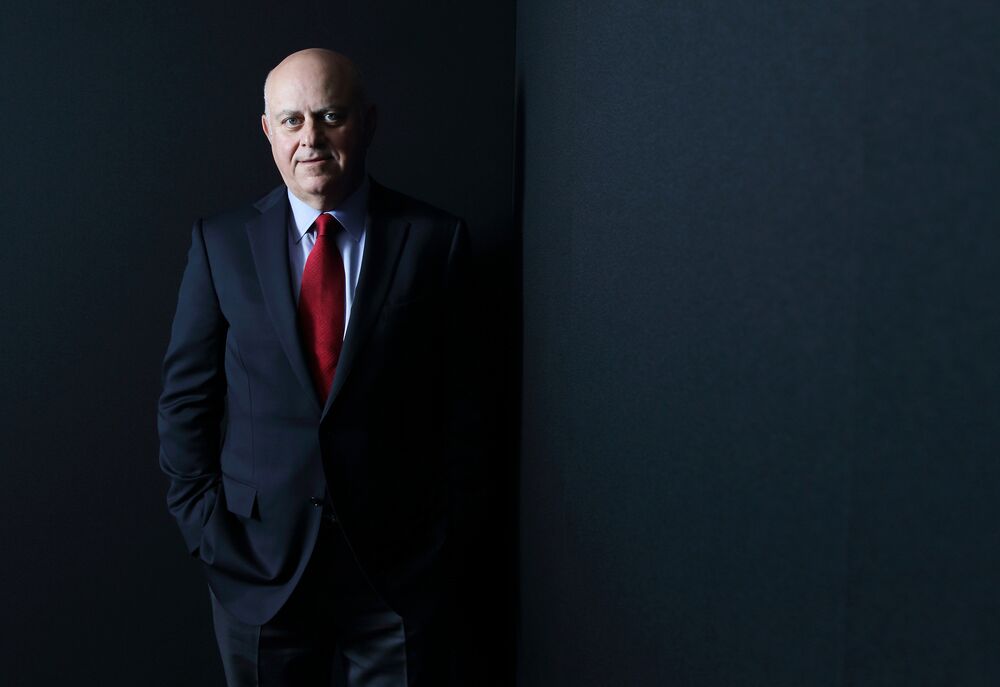 DCT stockholders will receive 1. 02 Prologis shares for each of theirs, the companies said in a statement Sunday. That represents a premium of about 16 percent over DCT’ s closing price of $58. 75 on Friday. The boards of both San Francisco-based Prologis and Denver-based DCT approved the purchase, which is expected to be completed in the third quarter, the companies said.

DCT’ s 71 million square feet (6. 6 million square meters) of real estate will help Prologis deepen its presence in high-growth markets including Southern California, the San Francisco Bay area, Seattle, South Florida and New York and New Jersey, according to the statement. Those are the places that have seen the greatest demand for warehouse space and logistics services, thanks largely to e-commerce.

“ DCT markets are 100 percent aligned with our markets, ” Prologis Chief Executive Officer Hamid Moghadam said in an interview. “ There’ s perfect alignment between the portfolios. Think of DCT as a smaller, U. S. -focused version of Prologis. In the U. S. we’ re very similar — the same kinds of customers, the same customers in many cases. ”

Real estate investment trusts that specialize in industrial properties have been outperforming REITs that focus on malls, rental apartments and office buildings. Shopping at Amazon. com Inc. and other internet retailers still accounts for less than 10 percent of retail sales in the U. S., but it’ s reconfiguring supply chains and shaping the fortunes of warehouse landlords. Demand is especially high in and around large cities, where online shopping has caught on fastest. 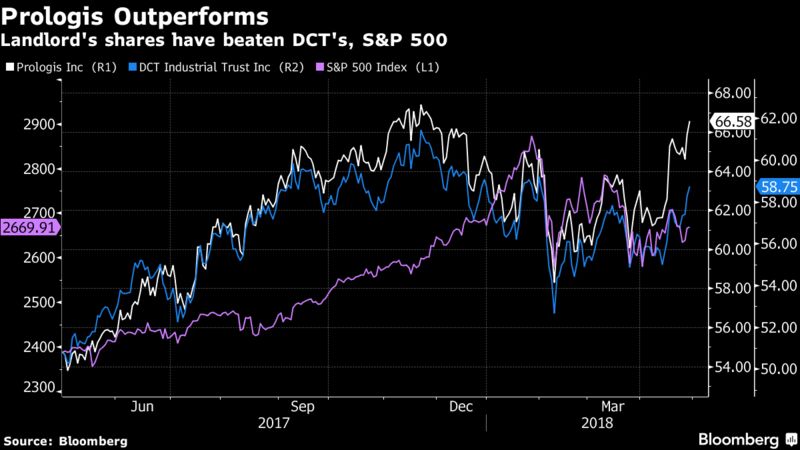 “ Many of our customers are in the business of not just shipping pallets to stores, but also shipping direct to consumers, ” DCT CEO Phil Hawkins said in an interview. “ To be in that business, you need to be in the right markets, where consumers live, and to be close in. The efficiency of the e-commerce supply chain requires location as well as functionality. ”

DCT and Prologis have competed to improve e-commerce services for their tenants, often in warehouses literally right next to each other, Hawkins said. He will serve on the board of the combined company, while most executives from DCT will leave, Hawkins said.

DCT and Prologis have “ spent the past dozen years trying to get ahead of the other, and that competition has made us better, ” Hawkins said.

Read More: In Age of Amazon, You Could Invest in Tech — or in Warehouses

The transaction is expected to result in about $80 million in cost savings, operating leverage, interest expense and lease adjustments, and has the potential to generate $40 million of additional annual revenue and development profit in the future, the companies said.