admin / NEWS / politics, Roy Moore says he first noticed his wife when she was 15 or 16 years old - CNNPolitics / 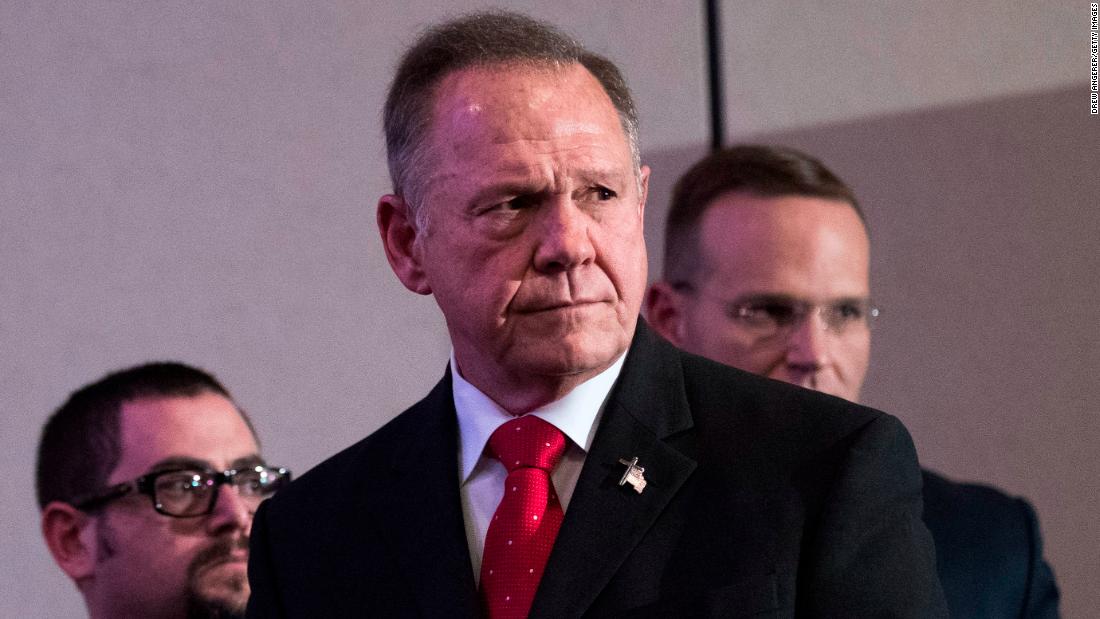 Washington (CNN)Alabama Republican Senate candidate Roy Moore, who has been accused of pursuing romantic relationships with teenagers while in his 30s, said he first noticed his future wife eight years before he formally met her — when she would have been as young as 15 years old.

Moore was 38 when he married Kayla Kisor, who was 24.
In a videotaped interview published July 30, he recalled when he saw then-Kisor at a dance recital.
“When I was deputy district attorney, many years before we got married, I saw her at a dance recital and I was standing, oh, at the back of the auditorium and I saw her up front,” he recalled at the time. “I remember her name, it was Kayla Kisor. KK. But I remember that and I didn’t meet her there … it was, oh gosh, eight years later or something, I met her. And when she told me her name, I remembered.”
There’s no evidence Moore had any contact with Kisor as a teenager.
The time line and Moore’s comments were first reported by AL.com.
In his 2005 memoir “So Help Me God: The Ten Commandments, Judicial Tyranny, and the Battle for Religious Freedom,” Moore also wrote about the moment.
“I knew Kayla was going to be a special person in my life,” Moore wrote about when he first saw her when she was 15 years old. He wrote he began dating her when she was 23, a year before they married, according to the memoir.
“Anxious to meet her, I began with the line, ‘Haven’t we met somewhere before?’ ‘I don’t think so,’ she replied,” he said, recalling the moment they met at a church Christmas party. 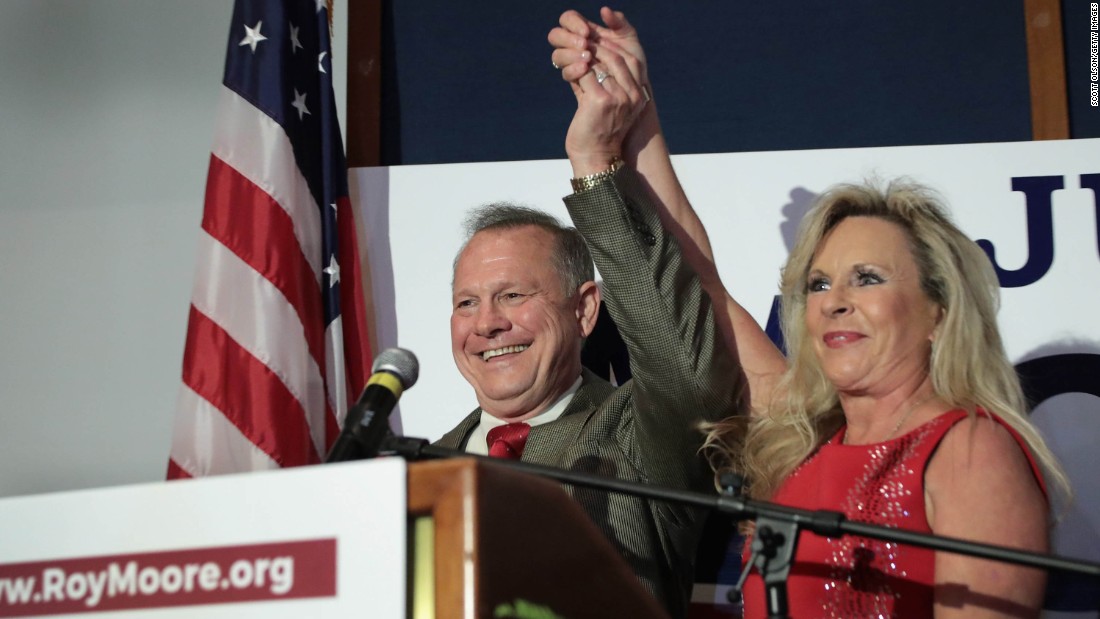 But he recalled first seeing her “many years ago” at a dance recital at a nearby college in Alabama. He wrote he never forgot her, even when he saw her again years later.
Several women have come forward and accused Roy Moore of pursuing romantic relationships when they were teenagers and he was in his 30s, and several others also have accused him of assault.
He has denied the allegations.
A group of Alabama Republican women led by now-Kayla Moore defended the Senate candidate Friday against the allegations from his accusers.
“We’re in a battle,” Kayla Moore said, addressing members of the media from the steps of a courthouse. “Who knew?”
She blamed the Washington establishment for attacking her husband and called him “an officer and a gentleman.”
Moore was in the same graduating class in high school as Alabama woman Beverly Young Nelson, who accused Moore of sexually assaulting her when she was 16.
The allegations made by Nelson, and then-14-year-old Leigh Corfman, if true, would be considered sexual abuse in Alabama. However, the statute of limitations has now passed.
CNN’s Cassie Spodak contributed to this report.
« House Dem John Lewis says he’ll skip civil rights museum opening over Trump’s attendance » Cohoes fire started by amateur bladesmith attempting to imitate History Channel’s ‘Forged in Fire,’ says report