Angered by last week’ s U. S. attack on Syria, Russia warned that there would be consequences. Only one of them was spelled out: The Kremlin said it may supply its Syrian ally with state-of-the-art air defenses.

If the prospect rings alarm bells among President Bashar al-Assad’ s enemies, they’ re likely to be loudest in Israel, not the U. S. Israel carries out airstrikes in Assad-controlled Syrian territory much more frequently than the U. S., as it seeks to prevent a military buildup near Israeli borders by Assad’ s other key backer, Iran. 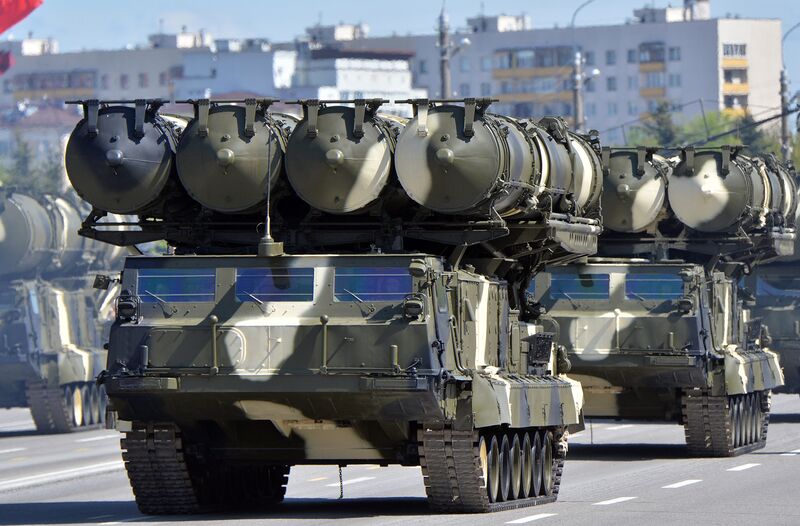 Israeli analysts and former defense officials say there’ s only one likely response from the Jewish state if the S-300 surface-to-air missile systems are delivered to Syria: An immediate attempt to blow them up.

That would upend the delicate relationship between Israel and Russia, who’ ve kept channels open despite supporting opposite sides in Syria. And it could create another dangerous moment with the potential to escalate the seven-year civil war into a wider conflict .

‘ What Will Be Done’

Already, multiple global and regional powers have been sucked in. Last week saw the tensest standoff in decades between nuclear rivals Russia and the U. S. On the ground, American and Turkish soldiers occupy separate chunks of the country’ s north, while Iranians and Russians fight alongside Assad’ s army. In the skies, Israel has for the most part enjoyed freedom of maneuver, thanks to its air superiority — and an implicit green light from Moscow. Both conditions may now change.

Amos Yadlin has firsthand experience of how Israel responds to such threats — and no doubts about how it would handle this one.

A former military intelligence chief, Yadlin was also one of the Israeli pilots who destroyed Iraq’ s Osirak nuclear reactor in 1981. The deployment of S-300s in Syria has been a concern for two decades, and “ at the end of the day, it will happen, ’ ’ he said. “ If I know the air force well, we have already made proper plans to deal with this threat. After you remove the threat, which is basically what will be done, we’ re back to square one. ”

Russia already has sold S-300 systems to Iran over American and Israeli objections. Syria was on track to get them too -– until 2013, when Russian President Vladimir Putin froze the contract in response to pleas from Israel. But Putin said at the time that if the U. S. attacked, Moscow would “ think how we should act in the future. ”

That moment arrived with last week’ s missile strikes by the U. S., U. K. and France, in response to an alleged chemical attack by Assad’ s army.

Hours afterward, Russia’ s first deputy chief of staff, Sergei Rudskoi, said his government would “ reconsider” whether to supply the air defenses to Assad. Foreign Minister Sergei Lavrov hammered home the message in a BBC interview two days later, saying the plan might be revived because Russia feels it must do “ whatever is required to help the Syrian army deter aggression. ”

Israel has carried out at least 150 bombing raids in Syria since the civil war began in 2011, according to Zvi Magen, a former Israeli ambassador in Moscow. The latest, on April 9, hit an air base used by the Iranian military; other targets have included arms convoys bound for Hezbollah, the Iranian-armed Shiite group in Lebanon that’ s repeatedly fought with Israel. The government and army have a strict policy of not acknowledging or commenting on military actions taken in the neighboring country.

S-300s can fire missiles at six targets simultaneously, and have a range of 200 kilometers (120 miles). That would extend into the airspace of Lebanon, sometimes used by Israeli planes to strike Syria — and even into Israel itself.

“ It’ s an exceptionally advanced system that can cover large swaths of territory, ” said Michael Oren, Israel’ s deputy minister for public diplomacy and an adviser to Prime Minister Benjamin Netanyahu. “ We will always oppose it. ” 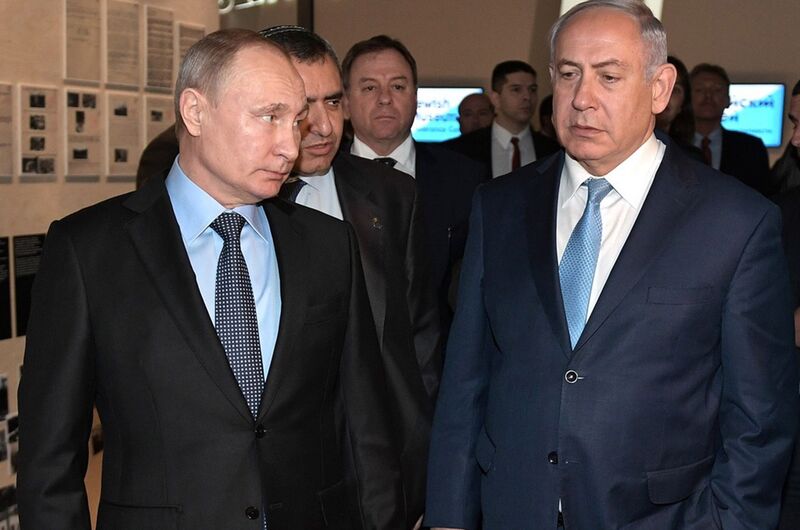 Given Israel’ s likely response, some analysts in Moscow say it makes more sense to use the threatened deployment as a bargaining chip.

Actually delivering the weapons “ would fuel tensions in the region and cause major friction with Israel, ” said Elena Suponina, a Middle East expert at the Russian Institute for Strategic Studies, which advises the Kremlin. “ It’ s enough to provide Syria with other air-defense systems that won’ t provoke such a response. ”

Even Syria’ s current Soviet-designed systems, which have been upgraded over the last 18 months, have inflicted some damage. In February an F-16 was shot down, said to be the first Israeli aircraft lost in action since the early 1980s. And while the Pentagon says that all of the more than 100 missiles fired in last week’ s strike reached their targets, Russia says that two-thirds of them were intercepted. A pro-opposition Syrian monitoring group, citing aerial defense officers, made a similar estimate.

“ Syria already has some good short and medium-range systems, ’ ’ said Jeremy Binnie, Middle East and Africa editor at Jane’ s Defence Weekly. Add the S-300s, and “ they would be able to form a fairly comprehensive, multi-layered air defense umbrella over their country. ”

In any attempt to destroy the new weapons, Israel would probably use U. S. -built F-35 stealth aircraft and electronic warfare, he said.

Russian military experts say that while the S-300 is very powerful, it isn’ t foolproof.

« Fresno State says Barbara Bush-bashing professor can be fired despite tenure » DUMPED: Laura Ingraham Loses Yet Another Sponsor Despite Being Off TV For A Week