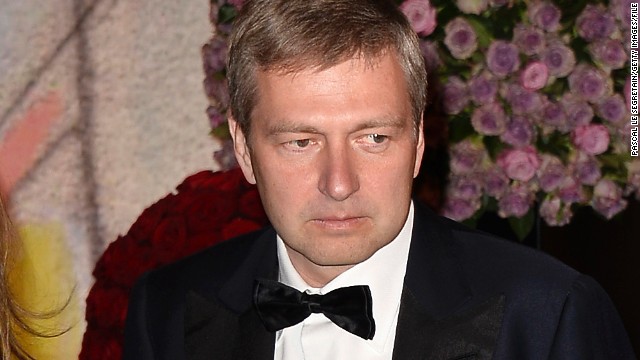 (CNN)A senator is asking the Treasury Department to turn over records of a lucrative real estate sale Donald Trump made to a Russian billionaire as the Senate Finance Committee looks into Trump’s ties to Russians.

Wyden’s letter outlined how Donald Trump bought a 6.3-acre property in Florida for $41.35 million in 2004 and then sold that property to a company owned by the businessman four years later. The sale price to Rybolovlev more than doubled Trump’s initial investment, to $95 million. The property’s appraisal in 2008 fell short of that sale price by $30 million, Wyden said.
“In the context of the President’s then-precarious financial position, I believe that the Palm Beach property sale warrants further scrutiny,” the Oregon Democrat wrote. “It is imperative that Congress follow the money and conduct a thorough investigation into any potential money laundering or other illicit financial dealings between the President, his associates, and Russia.”
As ranking member, Wyden has the right to ask for these documents, and some of his past efforts to receive Trump-related records from Treasury have produced results. Still, Wyden’s letter doesn’t carry the weight of a bipartisan request or one from the majority. Republicans on Capitol Hill have shown little interest in investigating Trump’s finances.
The Palm Beach estate, called Maison de L’Amitie, sat vacant for years until Rybolovlev resold the land in parcels. He sold one of the three parcels for $37 million and another for $34.34 million, the South Florida Business Journal reported in October, meaning he would need to sell the remaining parcel for about $24 million to surpass the purchase price.
Trump previously acknowledged the sale of the estate as one of his few financial links to Russia.
“You know, the closest I came to Russia, I bought a house a number of years ago in Palm Beach, Florida,” Trump said at a press conference in July 2016. “Palm Beach is a very expensive place. There was a man who went bankrupt, and I bought the house for $40 million, and I sold it to a Russian for $100 million, including brokerage commissions. So I sold it. So I bought it for 40 (million), I sold it for 100 (million) to a Russian.”
In later interviews, Trump said he bought the property at a bankruptcy auction and mentioned Rybolovlev’s wealth, which Forbes says is currently $6.8 billion.
“I never met him,” Trump said in an interview with Politico, referring to Rybolovlev. “He was represented by a broker. … I heard good things about him in many ways, and about his family. … He just happened to be from Russia. He’s a rich guy from Russia.”
Aside from the real estate deal, Rybolovlev’s general whereabouts have crossed paths with Trump’s a few times. Late in the 2016 presidential campaign that year, Rybolovlev’s plane intersected twice with Trump’s when it was spotted in two US cities where Trump was campaigning, in Charlotte, North Carolina, and in Las Vegas, according to McClatchy.
Spokespeople for Trump and Rybolovlev say they have never met in person. Rybolovlev says he was in the US on business and the overlaps were a “pure coincidence.” The Trump campaign said at the time that it was unaware of the Russian’s presence.
Rybolovlev was named in a list of Russian oligarchs released late last month by the Treasury Department. Nearly 100 wealthy and well-connected Russians were placed on the list because of “their closeness to the Russian regime and their net worth,” the department said.
A Bloomberg News report in July said Mueller was examining the transactions between Trump and Russians, including the Palm Beach estate sale.
« NRA’s Dana Loesch: ‘Many In Legacy Media Love Mass Shootings’ » Trump Spent His Sunday Night Watching 60 Minutes And Hate-Tweeting About Oprah