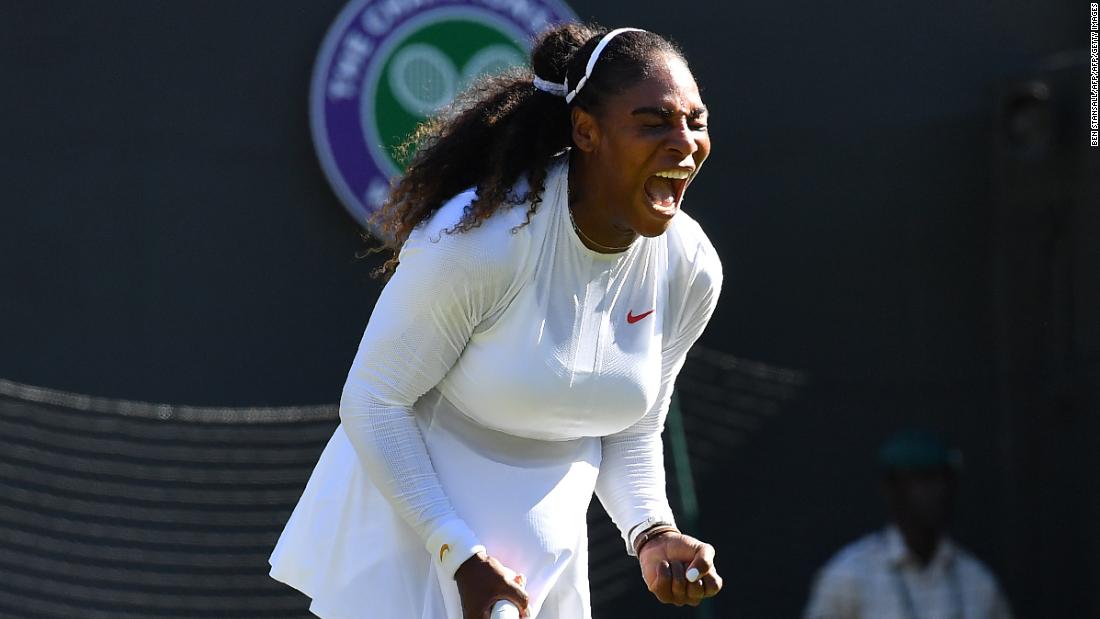 (CNN)She is back at Wimbledon for the first time as a mom, but Serena Williams was in no mood for nurturing as she blasted her way into the second round.

Follow @cnnsport
The 36-year-old took some time to get up to speed, but overcame Arantxa Rus of the Netherlands 7-5 6-3 in her quest for an eighth Wimbledon title.
Williams, who gave birth to her daughter in September, won the last of her crowns at SW19 in 2016, which was also the last time she competed in south London.
The 25th seed had to battle from a break down in the second set but went on to win five games in a row to set up a second-round encounter against either Tereza Smitkova or Viktoriya Tomova.
“I am happy to get through that,” Williams later said in comments carried by the AFP news agency.
“It’s a great feeling to be back, it’s been a couple of years since I played on grass, so it is difficult trying to find the rhythm.”
Williams, a 23-time grand slam champion, is chasing the all-time women’s record of nine Wimbledon singles titles, held by Martina Navratilova.
She is competing in her second grand slam since giving birth, having reached the fourth round of the French Open before withdrawing with a pectoral injury ahead of a match against old rival Maria Sharapova.
READ: What’s behind Roger Federer’s renaissance?
READ: Federer and Nadal show ‘freakish’ motivation, says Pat Cash
READ: How Nadal is challenging Federer to be the G.O.A.T

An easy day for Federer 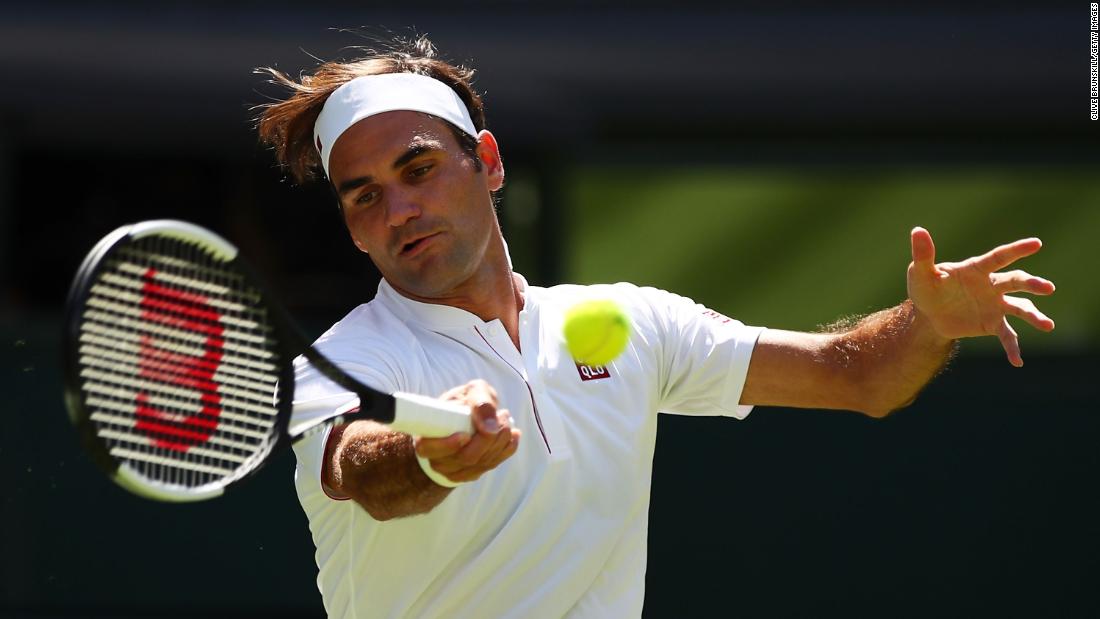 Opening the 2018 Wimbledon Championships on Centre Court, men’s top seed and defending champion Roger Federer wasted little energy in dispatching Serbian Dusan Lajovic 6-1 6-3 6-4 in 79 minutes.
The world No.2 is enjoying a renaissance as he chases a 21st grand slam title and a record-extending ninth Wimbledon, 15 years after his first.
On a glorious Wimbledon day, the Swiss great was watched by wife Mirka and his four children — four-year-old twin boys Lenny and Leo, and eight-year-old girls Myla Rose and Charlene Riva — and afterwards said he hopes to continue his career so that his children can witness him winning trophies.
“It means the world to me, also to my wife. Yeah, it’s definitely a special day today in my life again,” Federer told reporters.
“They know that there is a trophy involved at some point if I do play well, because they get most excited about the trophies.
“I think probably it would be helpful a few more years for the boys to really remember.”
Visit CNN.com/tennis for more news, features and videos
Federer sported tennis kit made by a new manufacturer after recently signing what is reported to be a 10-year, $30 million a year deal with Uniqlo.
A company spokesperson confirmed it was a multi-year deal but declined to put a figure on it, when contacted by CNN.
It ends his 24-year association with sporting brand Nike.
« Ed Schultz, MSNBC Broadcaster And Radio Personality, Dead At 64 » Alexandria Ocasio-Cortez Is Driving New Energy And Money To Progressive Candidates