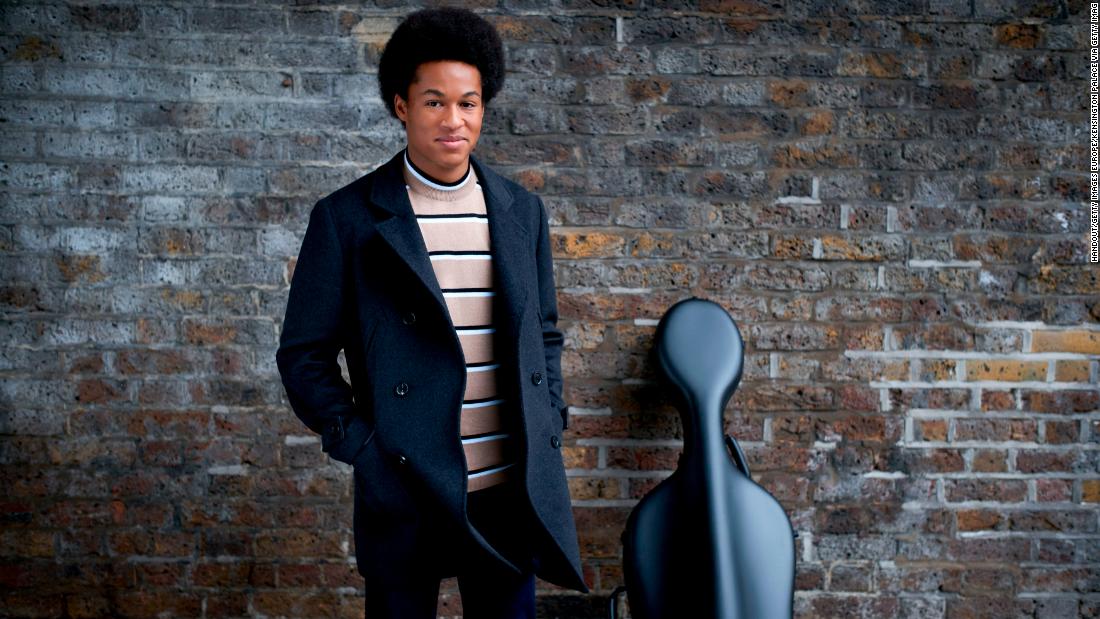 (CNN) All eyes were on 19-year-old cellist Sheku Kanneh-Mason as he performed at the Duke and Duchess of Sussex’s wedding service on Saturday afternoon at St. George’s Chapel in Windsor.

The congregation listened in silence as he gave a graceful performance of three pieces, accompanied by an orchestra, while Prince Harry and Meghan signed the register.
He performed Franz Schubert’s “Ave Maria, ” Gabriel Fauré ‘s “Aprè s un rê ve” and Maria Theresia von Paradis’ “Sicilienne. ”
The young cellist, who comes from from Nottingham in England’s midlands region, was the first black musician to win the BBC Young Musician of the Year award in 2016.
Kanneh-Mason revealed back in April that Meghan personally called him to ask if he would perform on their special day.
He tweeted: “I’m so excited and honored to perform at Prince Harry and Ms. Meghan Markle’s wedding. I was bowled over when Ms. Markle called me to ask if I would play during the ceremony, and of course I immediately said yes! What a privilege to be able to play the cello at such a wonderful event. I can’t wait! ”
Harry was likely to have been involved in the decision too, as he saw the talented musician perform at an event in London last June in support of Antiguan charity the Halo Foundation.
Kanneh-Mason began to play cello when he was six and is currently studying at the Royal Academy of Music while he pursues his international concert career.
« Mayor Libby Schaaf Act would imprison govt officials who warn about ICE raids » ‘FBI plant’ in Trump campaign was Cambridge professor, reports say