Teacher of the Year hands Trump letters from her refugee students 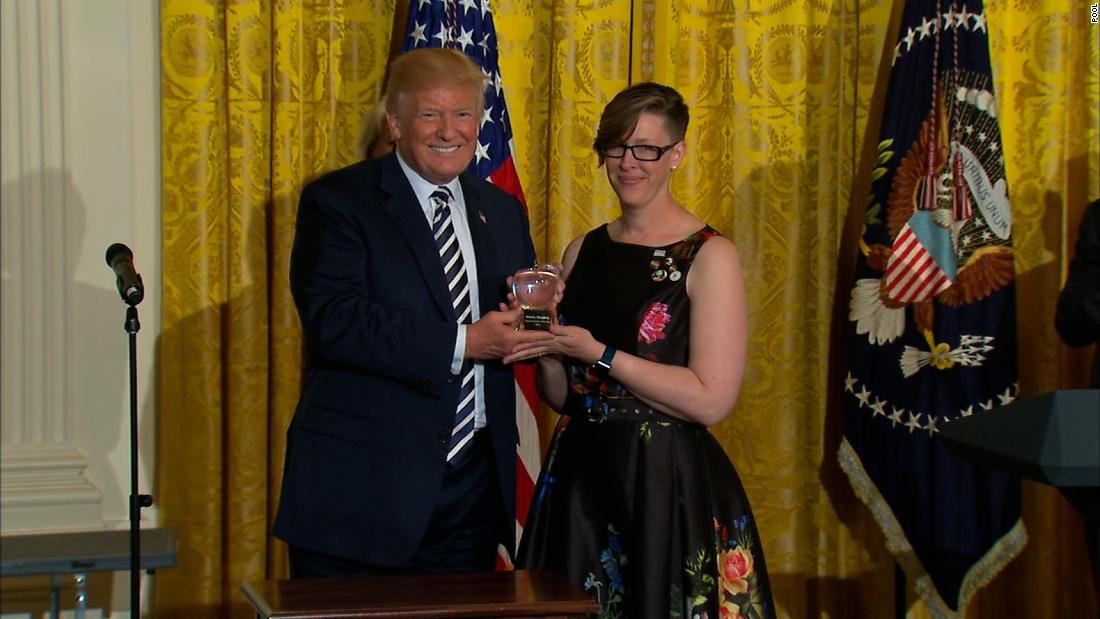 (CNN) National Teacher of the Year award winner Mandy Manning came to the White House with one goal in mind: to elevate the profile of her refugee and immigrant students with President Donald Trump.

Trump told Manning he was excited to read the letters, so much so that he asked an aide to put them directly on his desk, according to Manning.
Manning’s students are all refugees and immigrants enrolled in the “Newcomer Center” program at Joel E. Ferris High School in Spokane, Washington.
“My goal is to share my student’s stories, ” Manning said. “But to send a message — to not only my immigrant and refugee students but the LGBT community — that they are wanted, they are loved, they are enough and they matter. ”
Trump gave Manning the Teacher of the Year award at a ceremony in the East Room of the White House, but the media were not permitted to attend her speech at the event. Trump offered laudatory remarks about Manning but did not mention her students or refugees.
The “Teacher of the Year” told CNN that the White House had not asked her what she would say in her remarks.
Manning told CNN her speech focused on her students and their individual successes and triumphs, and while her talk wasn’t broadcast she thought she had gotten their message out.
“My aim is to elevate my student’s voices and be that vehicle for them, ” Manning said.
« Israel strikes nearly all Iranian infrastructure in Syria after Iran rocket attack, minister says » Eric Schneiderman, powerful NY Democrat accused of violence against women and drug abuse, resigns as state attorney general