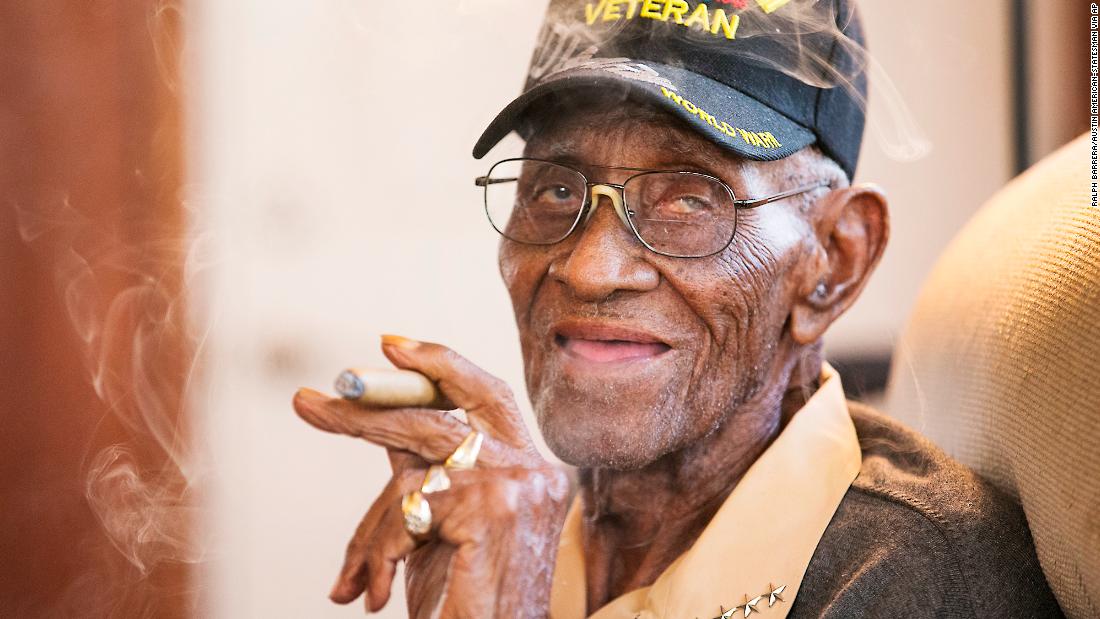 (CNN)Someone has stolen the identity of the oldest living veteran in America and emptied his bank account.

They discovered the issue Thursday when one of the World War II veteran’s cousins made a deposit into his account.
“I looked at it — what the hell are these debits?” Overton’s cousin, Volma Overton Jr., told CNN affiliate KXAN.
Several purchases of saving bonds with Treasury Direct were made in recent months and by Thursday there was nothing left in the account.
“It’s a shock, it hurts, it hurts tremendously,” Overton Jr. said.
While the family doesn’t know who may have stolen Overton’s money, his cousin said “it’d be terrible to know somebody who’s been that close to him has used him like that.”
His family would not discuss the amount of money that was taken but said it was a “considerable amount.”
Overton, who now lives in Austin, Texas, volunteered for service in 1942. He became a member of the Army’s 188th Aviation Engineer Battalion, an all-black unit that served on various islands in the Pacific.
In 2013, he was honored by then-President Barack Obama during a Veterans Day ceremony at Arlington National Ceremony.
He is the oldest man in America, according to the Gerontology Research Group.
In 2016, his family launched a GoFundMe page to raise funds to help pay for Overton’s round-the-clock home care. People have donated more than $330,000 since then.
His family said the money from the online fundraising page is intact in a separate bank account.
Police are investigating the incident.
« Walgreens pharmacist allegedly denies Arizona woman miscarriage medicine over his personal beliefs » Mystery good Samaritan buys $1M of toys from Toys R Us to donate to kids