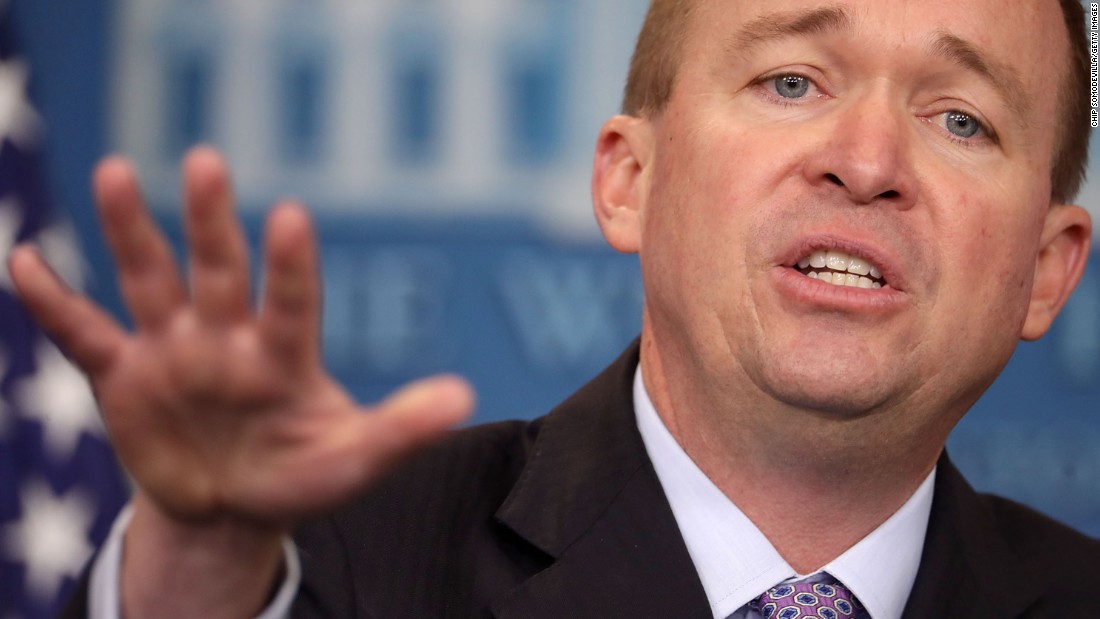 Washington (CNN)Budget director Mick Mulvaney said Wednesday that he has seen estimates that a potential military parade requested by President Donald Trump could cost between $10 million and $30 million.

The wide range between estimates is because parades of different lengths and equipment would have different costs. A one-hour parade, he noted, would cost less than a five-hour parade.
“We actually have (had) military parades in this country before,” he said in response to a question from Rep. Barbara Lee, D-Texas. “I think we had one as recently as the 1990s, or even more recently than that.”
He continued: “I’ve seen various different costs … we’ll continue to work with you folks if (the administration) decides to push forward with that initiative.”
Earlier this month, Trump asked for a military parade and the Pentagon was reviewing potential dates, according to Pentagon spokesman Charlie Summers.
The spokesman described the planning process as being in its “infancy” at the time.
“President Trump is incredibly supportive of America’s great servicemembers who risk their lives every day to keep our country safe. He has asked the Department of Defense to explore a celebration at which all Americans can show their appreciation,” White House press secretary Sarah Sanders said earlier this month.
« Jared Kushner Mercilessly Mocked Over Reported Security Clearance Downgrade » Black Filmmakers Make History At The Box Office This Weekend