Two GOP Senators Slam Tax Cuts for Rich, But How Will They Vote?

President Donald Trump insisted Wednesday that his tax cut is all about helping the middle class even as Republican leaders formed a last-minute plan to cut the top rate paid by million-dollar earners.

The plan has ruffled some feathers in the GOP. 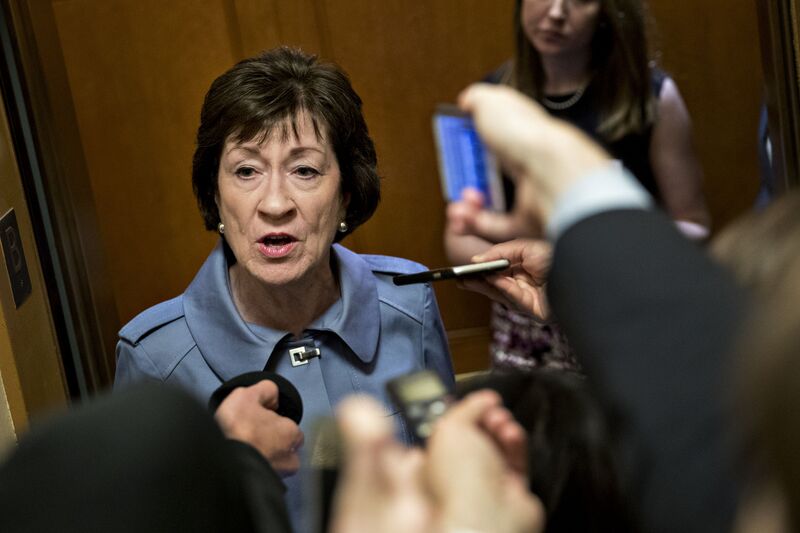 Two Republican senators have criticized tax cuts for the highest earners: Susan Collins of Maine and Marco Rubio of Florida. Together, their opposition could kill the bill — though it’s by no means clear that either would withhold support over the latest plan for high-end rate relief. Still, as GOP leaders hustle to fashion compromise legislation for votes next week, Collins and Rubio may provide some drama.

Rubio has made no secret of his displeasure, decrying his party for prioritizing the wealthy over working families. Earlier this month, he’d sought to expand the child tax credit to benefit working families — and pay for it by bumping the proposed corporate tax rate up less than 1 percentage point. His colleagues rejected the provision — and Rubio eventually voted for the Senate tax bill without it. 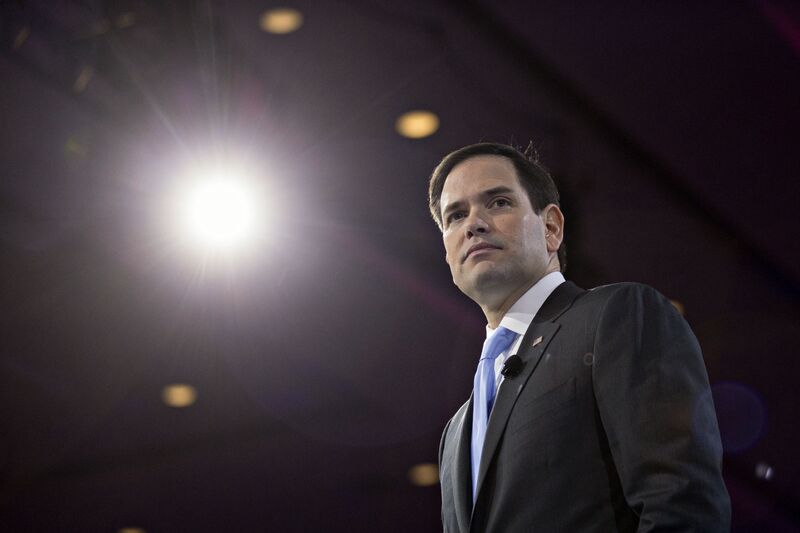 This week, though, he tweeted: “20.94% Corp. rate to pay for tax cut for working family making $40k was anti-growth but 21% to cut tax for couples making $1 million is fine?” In a follow-up tweet, he shared an opinion article that decried his party’s decision as “A Slap in the Face to Families.”

Rubio’s office didn’t respond when asked how he’d vote on the bill.

Collins said in an interview with Bloomberg News in October that she doesn’t favor a rate cut at the top end of the income scale. “I do not believe the top rate should be lowered for individuals who are making more than $1 million a year,” she said. This week, she said she will wait to decide her vote until after a final bill is made public. That may happen as soon as Friday.

GOP leaders are working on melding different bills that passed the House and the Senate in one final compromise package. This week, details of their provisions have begun leaking — including a plan to cut the top individual income tax rate to 37 percent from 39.6 percent, a move that would benefit those with incomes above $470,000 a year.

GOP lawmakers confirmed that plan just before Trump made his closing argument for the tax plan by once again emphasizing its benefits for working class people. “This is for the people of middle income,” Trump said during a White House speech.

The change in the top rate was among a flurry of revisions that emerged Wednesday as GOP leaders scurried to finalize tax legislation in time for Trump to sign it next week — part of an effort to secure a signature legislative victory before the end of 2017. The changes included proposing a new corporate tax rate of 21 percent — one percentage point higher than Trump and congressional leaders had proposed this fall, but still far lower than the current 35 percent.

Congressional leaders said they hope to release final legislative text by the end of this week and pass their compromise legislation by the middle of next week. The Senate is likely to act first — a vote that could come as early as Tuesday.

“I think we’re in good shape,” said GOP Senator Pat Toomey of Pennsylvania, who has been a key tax negotiator throughout the debate.

Success hinges on holding 50 of the 51 GOP senators who voted to approve the Senate version of the tax bill earlier this month; all 48 Democrats voted no.

The lone Republican who voted “no” on Dec. 2, Senator Bob Corker of Tennessee, also hasn’t disclosed how he’d vote on final legislation. But Corker — who has cited his concern that the $1.4 trillion tax cut would increase federal deficits — said Wednesday that he saw no new developments to address that issue.

That makes the votes of both Collins and Rubio critical.

Rubio met Wednesday afternoon with Senate Majority Leader Mitch McConnell, but there was no indication that GOP leaders would adopt his proposal to make the child tax credit refundable against income and payroll taxes.

Collins has conditioned her support for the tax bill on various items with unclear fates — including the passage of Obamacare stabilization measures by the end of the year.

“I think she will be happy with” the way it turns out, said Senator John Thune of South Dakota, the No. 3 Republican. One of Collins’s goals — preserving and temporarily enhancing a medical-expense deduction for individuals — will be part of the compromise legislation, according to senior congressional aides.

Collins spokeswoman Annie Clark said the senator is “waiting to see the final version of the bill” before deciding how she’ll vote. She remains “very confident” that the promises to pass the two health care bills she wants by the end of the year “are going to be kept,” Clark said.

Another wild card is GOP Senator John McCain, whose office announced that he is currently away receiving treatment as he battles brain cancer and “looks forward to returning to work as soon as possible.” It’s not clear when that’ll be.

Senate Majority Whip John Cornyn said Thursday he’s been in contact with McCain and expects him to be available for votes next week. “He’s just resting up,” Cornyn said.

After more than a week of secret discussions in which House and Senate negotiators sought to resolve differences between their tax bills, details began emerging Wednesday — just before the only public meeting of a House-Senate “conference committee” that’s officially charged with arriving at a compromise.

Democrats called that meeting a “farce.” Republicans shot down their motions to delay action on taxes until the swearing in of Democratic Senator-elect Doug Jones, who defeated Republican Roy Moore in a state where Democrats haven’t won a Senate race since 1992. Before the results came in Tuesday, McConnell said the victor won’t be sworn in before the end of the 2017 session, leaving outgoing Senator Luther Strange, a reliable GOP vote, in the seat.

The emerging House-Senate Republican pact would repeal the corporate alternative minimum tax, allow a 20 percent deduction for “pass-through” entities, limit state and local deductions for income and property taxes to $10,000 and restrict mortgage interest deductions to loans worth less than $750,000.

The allowance for state income tax deductibility will help in the House, particularly among California GOP members. The leader of the conservative Freedom Caucus offered a warm reception to the new details Wednesday.

“We are still reviewing the parameters of the deal but the details reported so far are an encouraging direction towards a ultimate solution,” said Representative Mark Meadows of North Carolina.