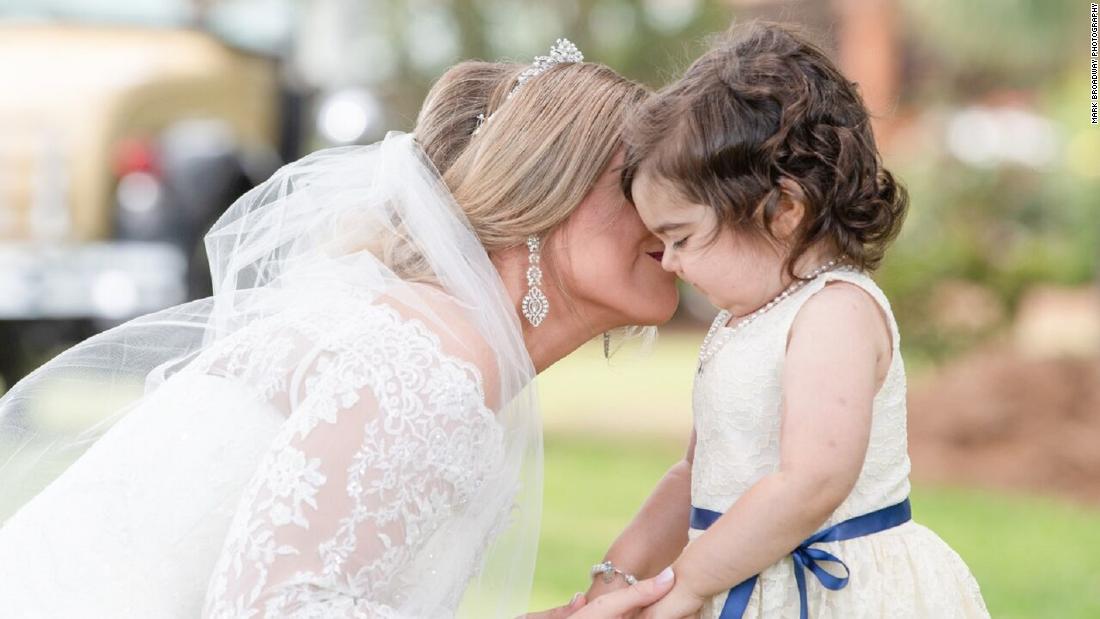 (CNN)Last month, Skye Savren-McCormick got to be the flower girl in a wedding. To prepare, she practiced walking with a little basket in her living room.

And the wedding guests could barely hold it together.
Because not long ago, Skye’s doctors gave her a 10% chance to live. Stricken with childhood cancer, she needed a bone marrow transplant to survive.
She got one, from a stranger — Hayden Hatfield Ryals, who later invited Skye to be the flower girl in her wedding.
Now Skye is in remission. And those who were at the ceremony that day say they’ll never forget it.
“There wasn’t a dry eye in the room,” said wedding photographer Jeannie Broadway. “You could even hear sobs from people.” 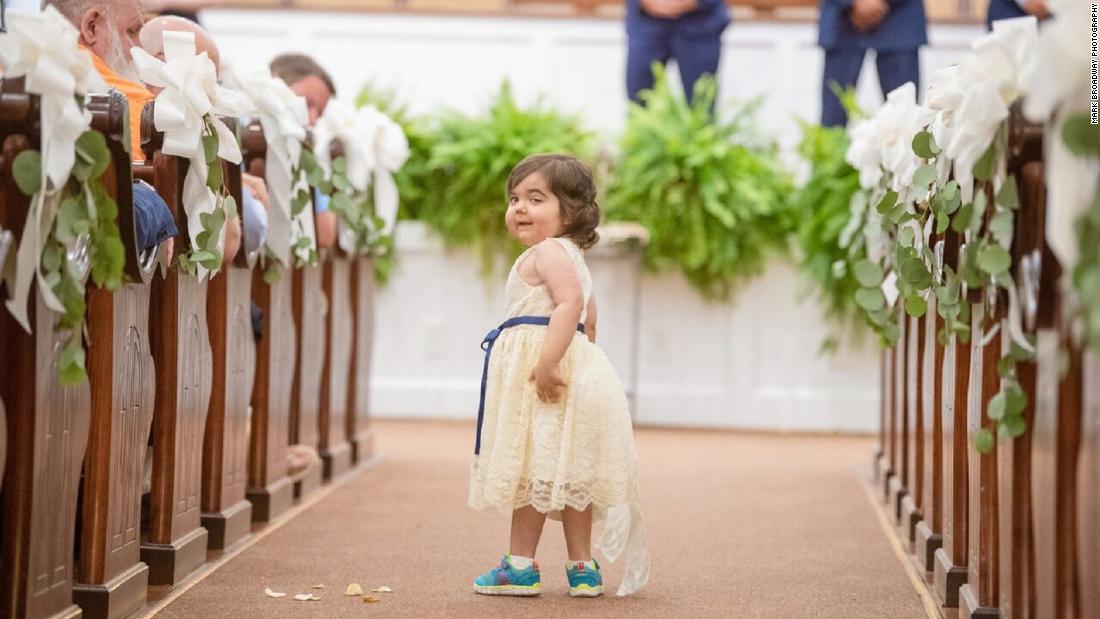 When she was just under a year old, Skye was diagnosed with a rare form of cancer called juvenile myelomonacytic leukemia. She had blood and platelet transfusions almost daily. She was in the hospital for 10 months because of complications while getting treatment. 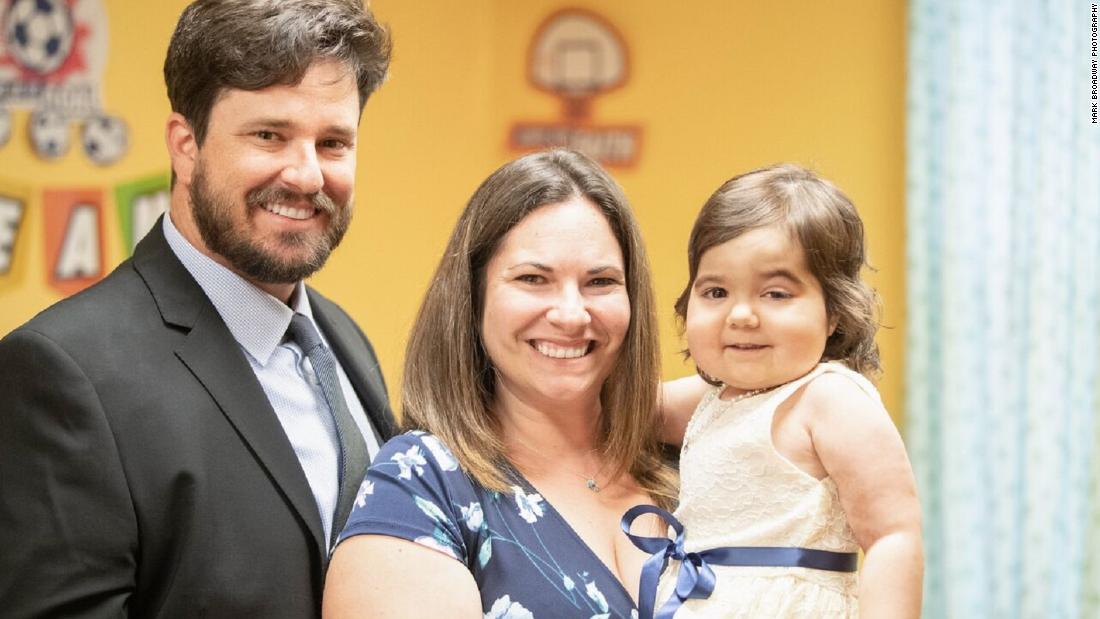 But she needed a bone marrow transplant — and fast. Luckily, a perfect match was found, said her mother, Talia Savren-McCormick.
Ryals, 26, signed up to be a bone marrow donor in college. She had just changed her major, and she wasn’t sure what she wanted to do. She felt lost. She had always thought donating blood and platelets was important, so when she found out you could donate bone marrow, she knew she wanted to register as a donor.
A year after she registered, she found out she was a match for Skye. This, she said, gave her purpose again.
“That changed everything,” Ryals said. “It became my number-one priority from that point on.”
Donating bone marrow is anonymous, so Ryals and Skye didn’t meet. But from that surgery in 2016, the two were linked.
The Savren-McCormick family then received more horrible news: Skye had developed a second form of cancer, this time post-transplant lymphoproliferative disorder. Fewer than 1% of bone marrow transplant recipients get it as a result of their transplant. Skye’s chances of survival looked bleak. But after chemotherapy and more bone marrow transplants, she pulled through.
“She’s a fighter, and she is full of spunk, and she just has the best attitude, and I think everybody could learn something from this 3-year old,” Ryals said.

They met for the first time at the wedding

Shortly after Skye’s first transplant from Ryals, the donor sent the family an anonymous letter through Be the Match, the nonprofit organization through which she donated her bone marrow. The letter said Ryals was thinking of the family, and being called to donate gave her a sense of purpose. Savren-McCormick sent an anonymous letter back.
Finally, Ryals and the Savren-McCormick family both reached out to Be the Match, saying they’d like to get in touch with each other. Though the Savren-McCormicks lived in California and Ryals lived in Alabama, they soon formed a bond.
The relationship began through email, then a phone call and texting. 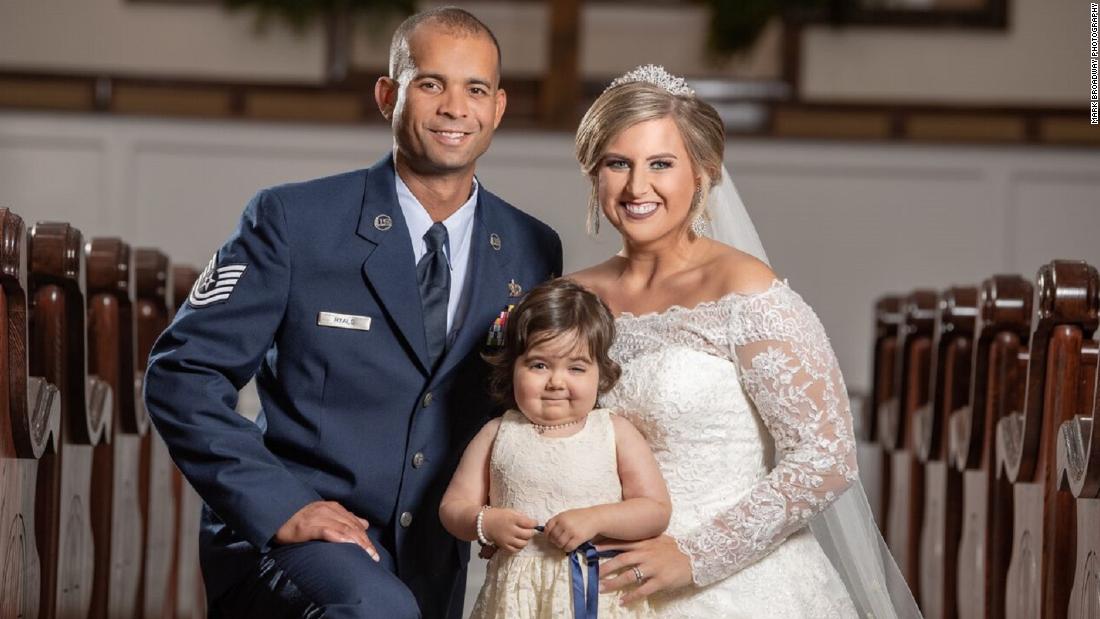 For Skye’s birthday, Ryals sent her a present with an invitation to serve as flower girl in her wedding.
“We were really taken aback by how sweet it was,” Savren-McCormick said.
The toddler was on oxygen at the time, and they thought there was no way they’d be able to go. But once she was off oxygen, her doctors said it would be fine.
Skye Savren-McCormick and Ryals met for the first time at the wedding rehearsal.
“We were in the front, looking around, and she [Ryals] came in and immediately came over to Skye and dropped to her knees,” Savren-McCormick said. “Skye gave her a big hug. The whole night they were sitting together.”
“It was so sweet,” she added. “It was like they were in love.” 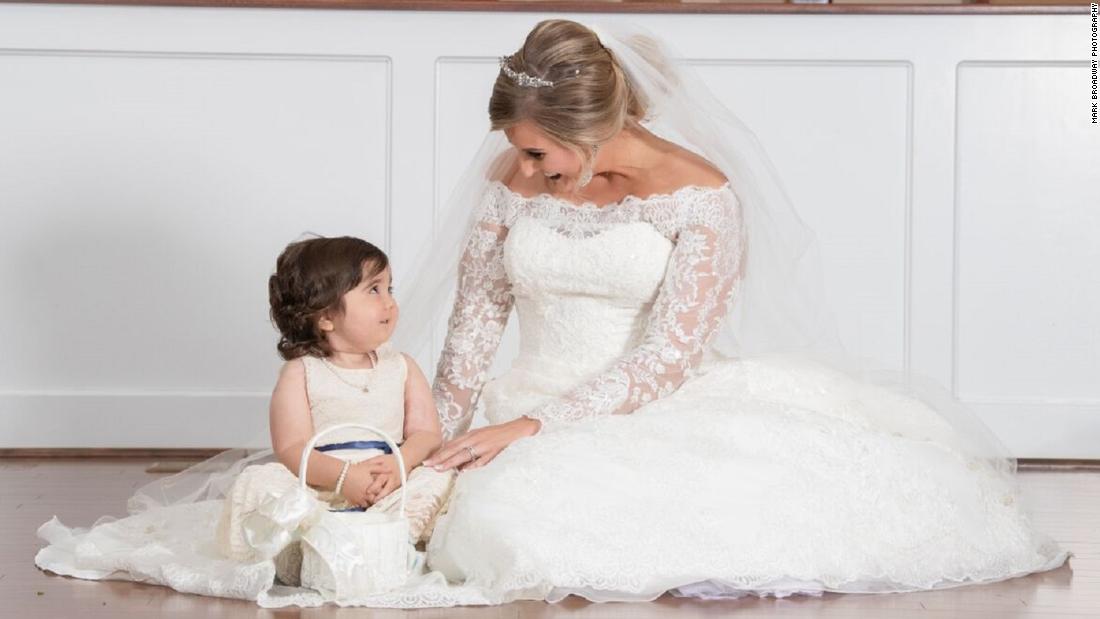 The two shared an instant connection. Though Skye is too young to know that Ryals helped save her life, she knows that Ryals is somebody special, her mother said.
“I look forward to the years to come with Skye growing up and continuing this relationship with Hayden, and watching Hayden grow up, too,” Savren-McCormick said.
The Savren-McCormicks stress to people how easy it is to get on the registry to donate bone marrow.
“Anyone could be somebody who saves a life,” Savren-McCormick said. “You don’t have to be a superhero.”
Ryals said she’ll feel a link to Skye for the rest of her life.
“She’s everything to me,” she said. “And this whole journey, I’ve never once seen it as me helping her, because I was honored to do it, and it was a privilege for me to get to do it.”
“In my eyes, she’s the one that saved me,” she added.
« Wife of U-Haul billionaire allegedly dumps sick dogs on charity, agrees to pay medical bills after nasty spat » Idaho stabbing suspect charged with murder after 3-year-old girl dies