admin / NEWS / Health, These Christians attended a pride parade to apologize for how they've treated the LGBT community - CNN / 0 Comments 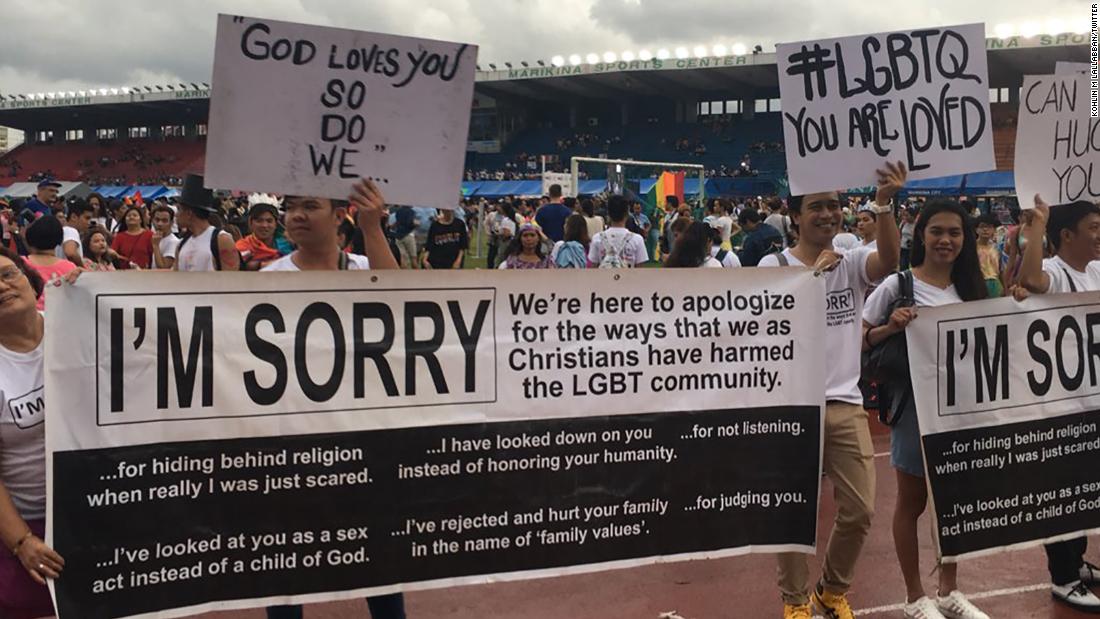 (CNN)Religion has often been used to put down the LGBT community. But at a pride parade this past weekend in Marikina, a city just east of the Phillipines’ capital of Manila, a group of Christians gathered to say something different: I’m sorry.

Members of the Church of Freedom in Christ Ministries stood at the main entrance of the parade holding signs that offered apologies for how the LGBT community has been treated by Christians.
Their banners read, “We’re here to apologize for the ways that we as Christians have harmed the LGBT community.”
Some of the signs had more personal sentiments.
One man’s stated, “Can we hug you?”
According to parade-goer Kohlin Lallabban, many took the group up on the offer. 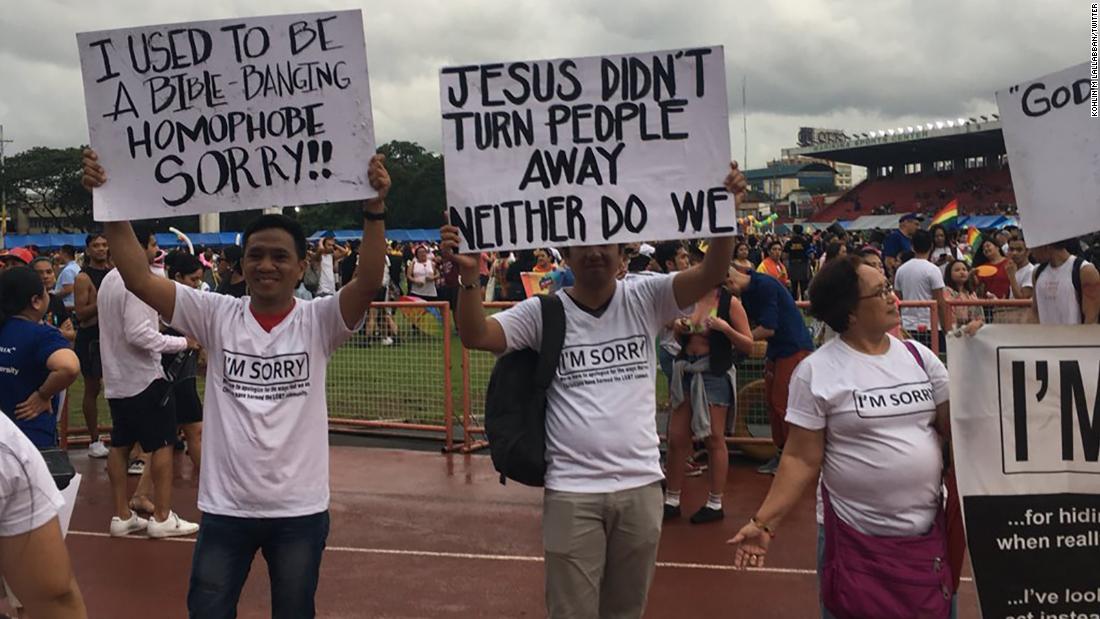 “It was so genuine and most of us got teary eyed when we saw them,” Lallabban said.
The demonstration was part of the church’s “I’m Sorry” campaign, through which members seek to apologize on behalf of their fellow Christians for the way biblical writings have been used against the LGBT community.
In a statement on its Facebook page, the church wrote, “We do not need the recognition of people but the heart-warming response of those who accepted our sincere apologies motivates and encourages us to continue doing this mission of our church.”
Lallaban thinks the act means an exceptional amount to the Filipino LGBT community, which has often been at odds with the nation’s heavily Catholic culture.
“It was just so empowering to have that kind of support from the very people who shunned us away.”
« Love Island: Ofcom receives 650 complaints » Maxine Waters says she’s faced increased threats, cancels attending 2 events