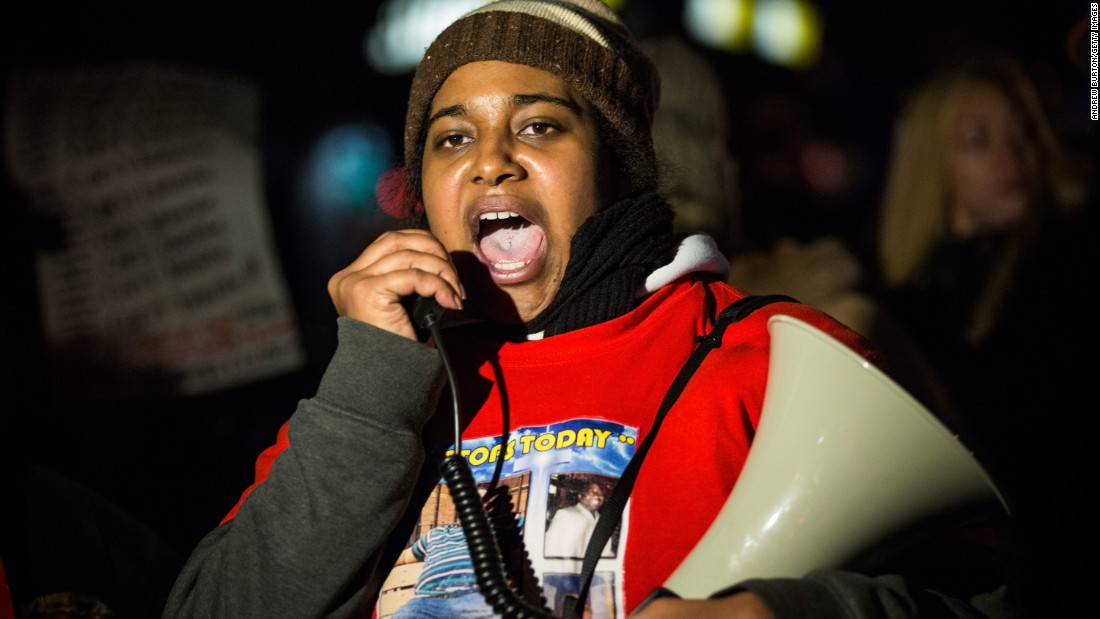 (CNN)Erica Garner — an activist for social justice and the eldest daughter of the man who died from a police choke hold in New York in 2014 — died on Saturday morning days after suffering a heart attack, her mother Esaw Snipes said.

“She was a fighter, she was a warrior and she lost the battle,” Snipes said of her daughter. “She never recovered from when her father died. She is in a better place.”
Garner, 27, suffered from the effects of an enlarged heart after giving birth to her son three months ago, Snipes said.
“I warned her everyday, you have to slow down, you have to relax and slow down,” she said.
Garner went into cardiac arrest earlier in the week and suffered major brain damage from a lack of oxygen, her Twitter account said.
“Erica the world loves you. I love you. I am glad you came into our lives. May you find the peace in the next life that you deserved while you were here. I will always love you my sister. love you,” Garner’s Twitter account, which is run by her family, said.
“When you report this you remember she was human: mother, daughter, sister, aunt. Her heart was bigger than the world. It really really was,” her account said. “She cared when most people wouldn’t have. She was good. She only pursued right, no matter what. No one gave her justice.”
Erica Garner is the eldest daughter of Eric Garner, a 43-year-old father of six. In July 2014, police attempted to arrest Eric Garner for allegedly selling cigarrettes illegally in Staten Island. Video of the incident shows New York Police officer Daniel Pantaleo tackling Garner from behind and taking him to the ground using a department-banned chokehold. 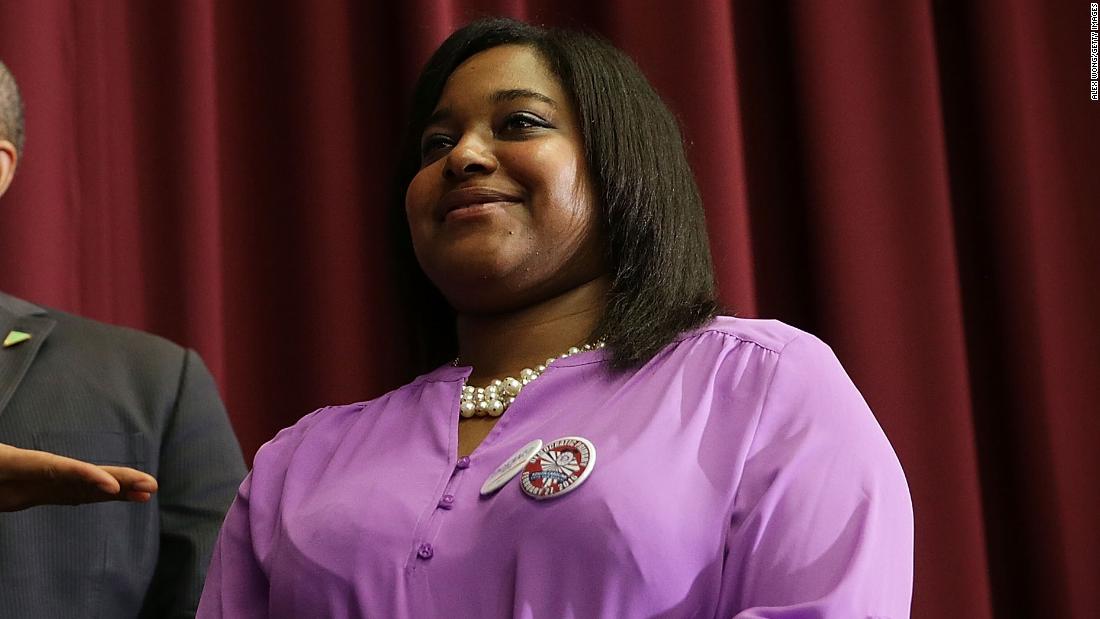 Eric Garner, who had asthma, was pronounced dead that day. His apparent last words — “I can’t breathe! I can’t breathe!” — became a rallying cry for protesters and outraged citizens who said the incident showed that law enforcement abused their power and mistreated people of color.
His death was ruled a homicide, but a grand jury decided not to indict Pantaleo on criminal charges. The city of New York settled with Eric Garner’s estate for $5.9 million in July 2015.
Erica Garner became a prominent activist in the wake of her father’s death, pushing for political change and social justice broadly aligned with the Black Lives Matter movement.
She told CNN’s Don Lemon in 2014 she believed her father’s death had more to do with police misconduct than race.
“I can’t really say it’s a black and white issue,” she said. “It’s about the police officer and abusing their power.”
During the 2016 Democratic presidential primaries, she endorsed Sen. Bernie Sanders of Vermont and prominently appeared in an ad for his campaign.
“I feel like a representative for people throughout this whole nation because I’m doing this. I’m speaking out, me being his daughter,” she said in the ad. “That’s what I want to do. I just want to tell my truth.”

‘Erica had to fight for justice’

A number of Black Lives Matter activists and prominent politicians have praised her life and fight over the past few days.
“When you were her friend, you (were) her friend through all adversity,” activist Shaun King said on Twitter. “She was a fierce protector of her friends and family. A truth teller. As genuine and authentic of a soul you’ll ever encounter. We’re less because of this loss.”
New York City Mayor Bill de Blasio, who has often been the target of Garner’s criticisms, offered his condolences on Saturday.
“Erica Garner’s death is a horrible tragedy. I am praying for her family, who have already been through so much. This city will miss her unshakable sense of justice and passion for humanity,” he said.
Sanders praised her as an “exceptional young woman” and offered his condolences.
“I had the honor of getting to know Erica and I was inspired by the commitment she made working towards a more just world for her children and future generations. She was a fighter for justice and will not be forgotten,” he said.
Some activists suggested the NYPD and its systems of power bore some responsibility for her death.
“The police killed her unarmed, nonviolent father with an illegal chokehold and got off with nary a word,” Brittany Packnett, a leader in the Black Lives Matter movement and co-founder of Campaign Zero, said on Twitter. “Erica had to fight for justice. Then for her own life. She didn’t deserve this. Her father didn’t deserve this. Her family doesn’t deserve this. All this for being Black in America. I can’t.”
Rev. Al Sharpton made a similar point in lauding Erica Garner as a “warrior to the end” in her fight for justice on Saturday morning at a meeting with the National Action Network.
“Many will say that Erica died of a heart attack, but that’s only partially true because her heart was already broken when she couldn’t get justice for her father,” he said. “Whatever the asthma and the others attacked was a piece of the heart left. Her heart was attacked by a system that would choke her dad and not hold accountable those that did it.”
“If anything she would want us to do in memory of her is keep fighting for justice and keep fighting for families,” he said.
« Pence neighbors in Aspen hang ‘Make America Gay Again’ banner » TV Meteorologist Has Absolutely Had It With The Flat-Earth Movement