When 600 cryptocurrency enthusiasts set sail from Singapore on Monday night for their second annual Blockchain Cruise, the price of Bitcoin was hovering comfortably above $13,500.

By the time their 1,020-foot-long ship pulled into Thailand on Wednesday, for an afternoon of bottomless drinks and crypto-focused talks on a sun-soaked private beach, Bitcoin had cratered to $10,000. 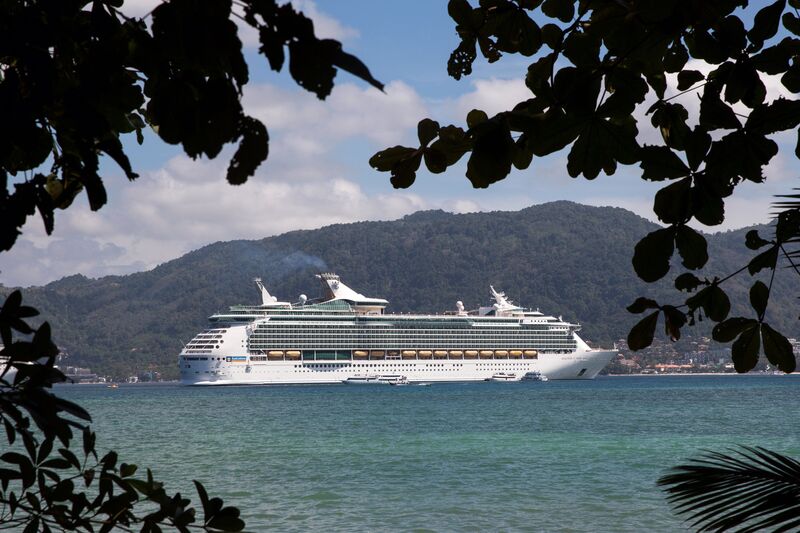 The group of mostly young men, many of whom became wildly rich — at least on paper — as Bitcoin and other digital tokens skyrocketed last year, had in all likelihood just lost millions.

But if anyone was fazed, they didn’t show it. The party rolled on as the sangria and Red Bull flowed, Bitcoin-themed rap music blared and drones filmed it all from above. 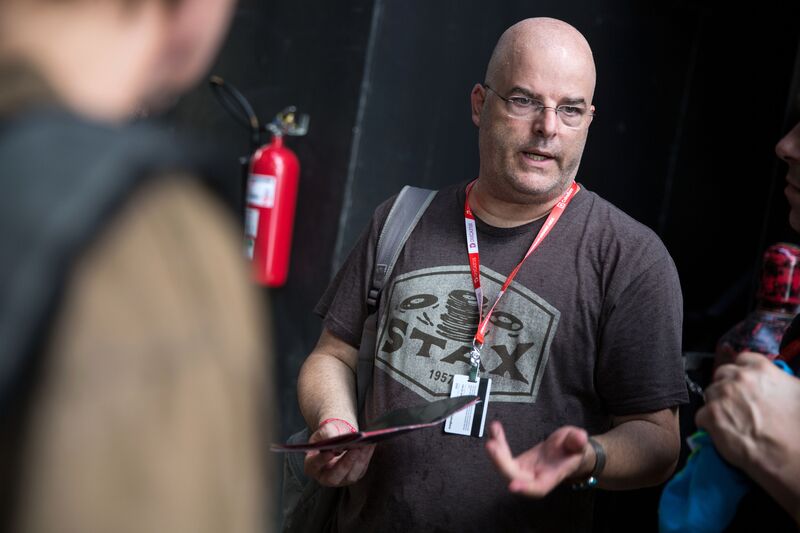 “Nothing goes up in a straight line,” explained Ronnie Moas, the founder of Miami Beach-based Standpoint Research, who was one of the event’s speakers on Wednesday. In a best-case scenario, he said, Bitcoin could jump to $300,000 in as little as seven years.

For skeptics of the crypto craze, it’s hard not to see all this as another sign of runaway exuberance — a repeat of the boosterish Las Vegas securitization conference, immortalized in The Big Short, that preceded the subprime mortgage meltdown of 2007. But the steadfast optimism on display at this week’s Blockchain Cruise also carries a warning for anyone betting on a cryptocurrency crash: It’s going to take more than a 50 percent drop in Bitcoin from its Dec. 18 high to drive out the diehards.

“This is something that you either believe in or not,” said Moas, who has become a crypto-celebrity after issuing stratospheric price forecasts for Bitcoin.

The cruise’s eclectic list of speakers included Jose Gomez, a former aide to the late Venezuelan President Hugo Chavez; Kaspar Korjus, the head of Estonia’s e-residency program (which may issue its own cryptocurrency); and Jorg Molt, an early digital currency backer whose claim to hold 250,000 Bitcoins (worth $2.8 billion at the current price) couldn’t be verified. 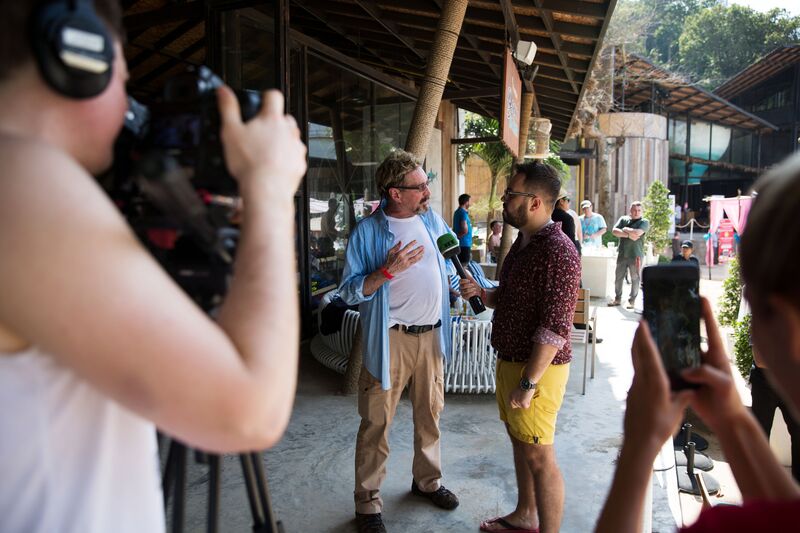 But perhaps the biggest draw was John McAfee, the anti-virus software pioneer with a checkered past. In 2012, while living in Belize, McAfee had run-ins with local police for alleged unlicensed drug manufacturing and weapons possession, but was released without charge. At one point, Belize police started a search for him as a person of interest in connection with the murder of his neighbor. McAfee said he was innocent and that he fled Belize because of persecution by corrupt officials.

He now helps run MGT Capital Investments Inc., a small-cap tech company with a Bitcoin mining business. He has become a cryptocurrency evangelist on Twitter, touting the technology and various tokens to his more than 700,000 followers. Coinsbank, the digital currency exchange and wallet operator that organized the cruise, made him a headline speaker.

On Wednesday, McAfee blamed the recent market slump on unfounded fear of government intervention. He urged cryptocurrency holders — one of whom sported a “Buy The Dip” t-shirt — to stick with their bets.

“You cannot force a ban on a distributed system,” McAfee said in an interview after his speech. “It’s like how do you ban smoking weed? You can’t ban it. People will come back.” 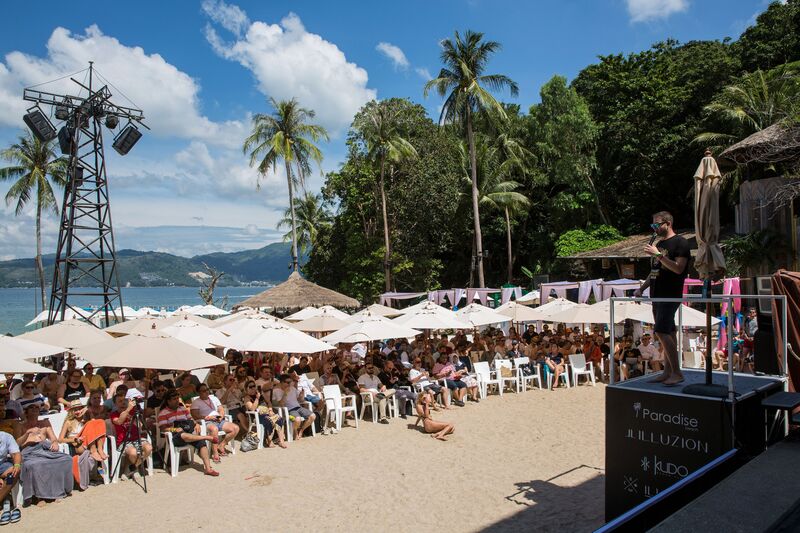 Not every conversation on the Blockchain Cruise revolved around cryptocurrencies. Attendees, unsurprisingly, had plenty to say about blockchain — the distributed ledger technology that underpins Bitcoin — and its potential to improve industries from finance to health care.

Charity was also a topic raised by speakers including Moas, who urged the audience to donate some of their newfound wealth and help reduce global inequality.

Many attendees have far more than they need.

Rowan Hill, a former coal miner in Australia, said he retired by 26 after getting in on the crypto boom early. After the cruise, he’s heading to Japan for a four-week snowboarding trip. 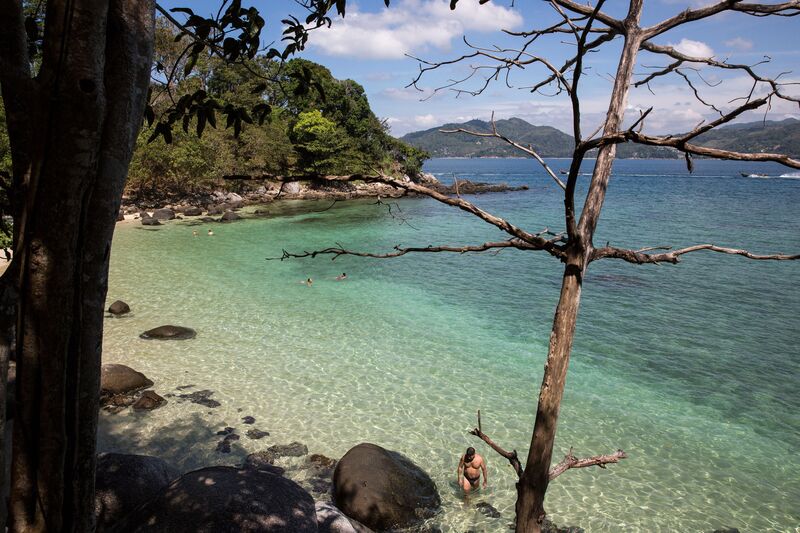 “A lot of people can’t stand the price swings” in digital currencies, Hill said, donning a fedora and sunglasses as he lounged on the beach. “The average person just sells, and they lose out.”

Joe Stone, an Australian who invests in digital assets, said market declines are easier to bear in the company of fellow enthusiasts. For many on the cruise, the next stop is another cryptocurrency conference in Bangkok.

“There’s nowhere I’d rather be,” said Stone, after a late night of mingling at the ship’s cigar bar over whiskeys. “Otherwise I’d just be at my computer.”

For more on cryptocurrencies, check out the   podcast: