Stocks in Asia kicked off the second half of 2018 in a mixed fashion, while oil declined and the euro came under pressure over German political concerns.

Japanese and South Korean shares edged lower and Australian ones rose. Chinese stocks slipped, while the yuan was little changed at the open, as investors monitor for signs of intervention in the wake of the currency’s sharpest drop since its 2015 devaluation. Hong Kong is closed for a holiday. Oil slid below $74 a barrel in New York after U.S. President Donald Trump called for higher production. Crude surged more than 8 percent last week. 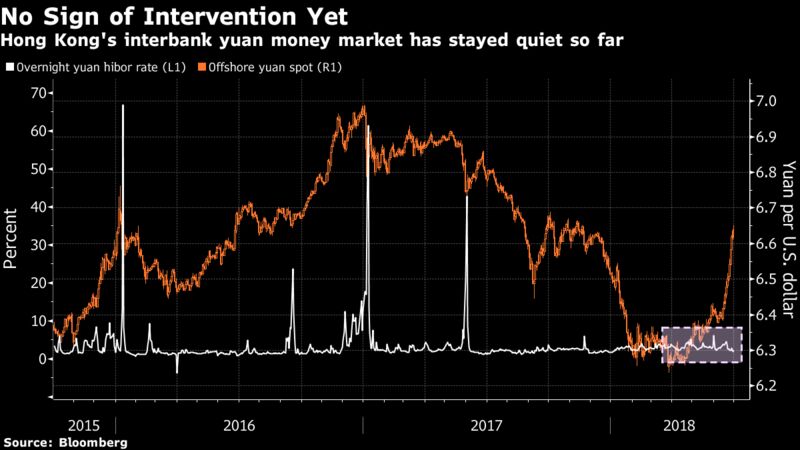 Trade war jitters, political risk in Europe and divergence in monetary policy across the world remain some of the key themes investors are grappling with following the end of the first half. Factory data over the weekend added to concern that China’s growth is softening. This Friday’s payrolls report in the U.S. and minutes from the Federal Reserve’s most recent meeting could influence expectations for two more interest-rate increases this year.

Elsewhere, Chancellor Angela Merkel’s Christian Democratic Union party said Sunday it will pursue migrant pacts with its partners amid reports the German interior minister has resigned. Stances on Germany’s defense against migration is escalating a political crisis that could leave her without a parliamentary majority.

President Trump piled more pressure on OPEC over the weekend, demanding the cartel stop what he called its manipulation of the oil market and insisting the group pump more.

These are key events coming up this week:

Here are the main market moves