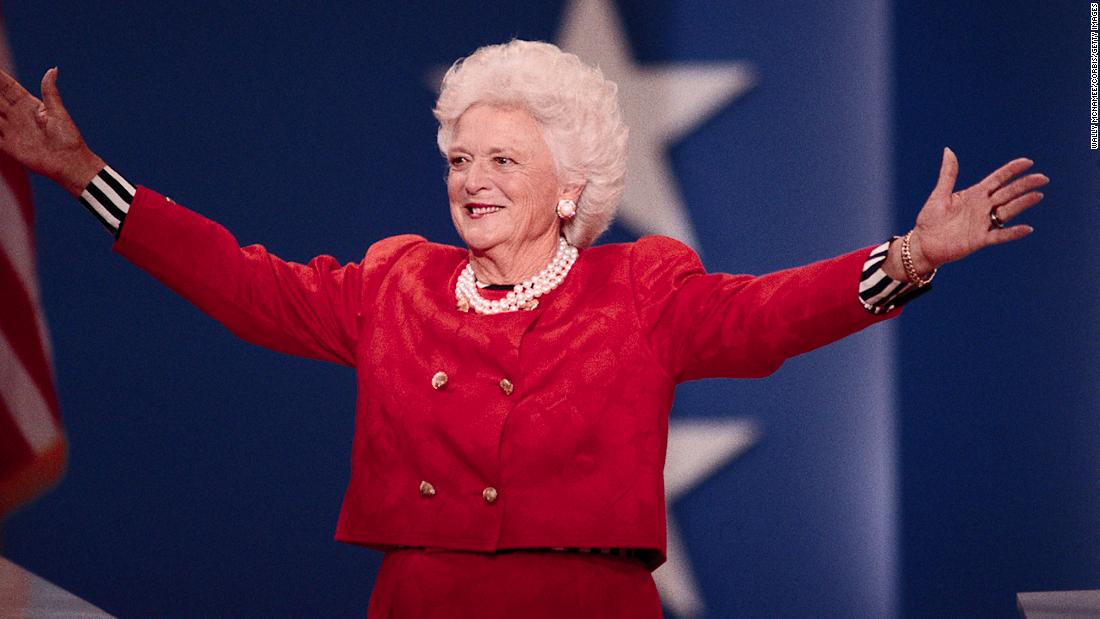 Her husband, former President George H. W. Bush is with her, as are daughter Doro and sons Marvin and Neil. Her other sons, former President George W. Bush and former Gov. Jeb Bush, have been in and out visiting her the past week.
Bush’s office released a statement, confirming after a “recent series of hospitalizations,” she has decided against seeking additional medical help and will instead focus on “comfort care.”
“It will not surprise those who know her that Barbara Bush has been a rock in the face of her failing health, worrying not for herself — thanks to her abiding faith — but for others. She is surrounded by a family she adores, and appreciates the many kind messages and especially the prayers she is receiving,” the statement continued.
At 92 years old, Bush has been suffering for some time and has been in and out of the hospital multiple times in the last year while battling with Chronic Obstructive Pulmonary Disease, or COPD, and congestive heart failure.
Most recently, she was admitted to Houston Methodist Hospital on Good Friday suffering from shortness of breath. She was doing better and had been released earlier this past week, but started to get worse in the past couple of days.
People are generally aware that Bush Sr. suffers from a form of Parkinson’s disease that has him in a wheelchair; however, most were not aware of the former first lady’s health problems, which started about two years ago.
The Bushes have been married for 73 years. The former President wrote in his book, “All the Best, George Bush:” “We are two people but we are one.”
Bush is the only living wife of one former President and the mother of another former President.
She has dedicated her life post-White House life to the cause of literacy, and she and her husband have raised more than a billion dollars for charity since they left office.
« In a Leaked Memo, Apple Warns Employees to Stop Leaking Information » Ryan Poised to Earn Millions Even If He Sheds Weekend Dad Role