Everybody Wants to Invest Like Buffett. Heres What It Takes

A few years ago, private equity managers were growing tired of sitting on the sidelines, watching Warren Buffett’ s Berkshire Hathaway make landmark investments in Kraft Heinz and BNSF Railway. They wanted to get in the game.

To play, they would need to give themselves lots of time— decades, in fact— and as near-to-permanent capital as they could muster. Ambitious buyout firms bet that by raising long-­ duration funds, they would finally have the patient capital to do those eye-watering megadeals they’ d been coveting. 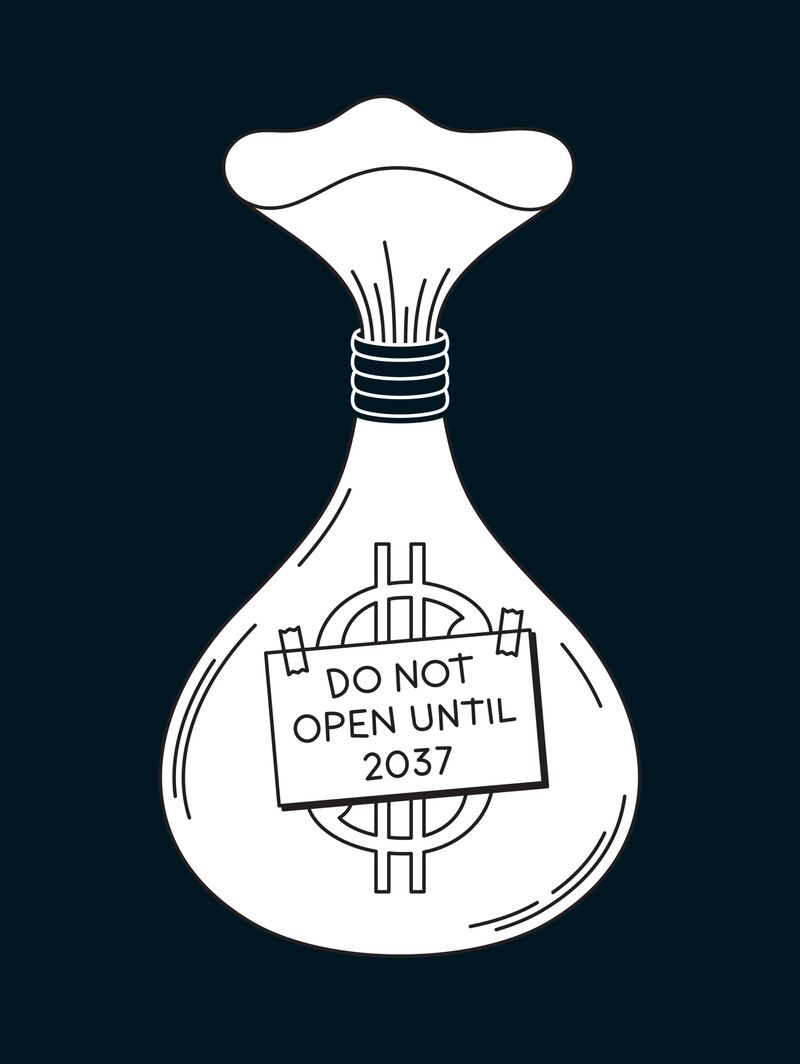 So a few of the biggest names in the industry, Carlyle Group, Blackstone Group, and KKR, set about building their long-­ duration private equity businesses, hiring teams and raising multibillion-­ dollar funds (or forming long-life partnerships) to buy companies that are projected to perform well over a longer time frame than the short hold period of a standard buyout fund.

“ Having a longer duration— let’ s say a 10-year investment hold— is a much more natural investment horizon to have” in some cases, says Carlyle Global Partners LP co-head Tyler Zachem. “ It could be we’ re partnering with a family, and they want to have a longer-­ duration hold partner and limited exit rights. It could be that management has an investment plan that they want to see executed over a longer period of time. ”

Buffett, however, is no ordinary investor . And only a few managers have found themselves equipped well enough to even attempt to play in his league. The less willing have kept with their traditional three- to five-year hold period for buyout funds, which continue to outperform other asset classes.

The success of these challenging the norm in private ­ equity may help stir the industry in to potentially accepting a new long-term model. But even those who are using the strategy acknowledge investors and managers will take some time to warm to the idea. 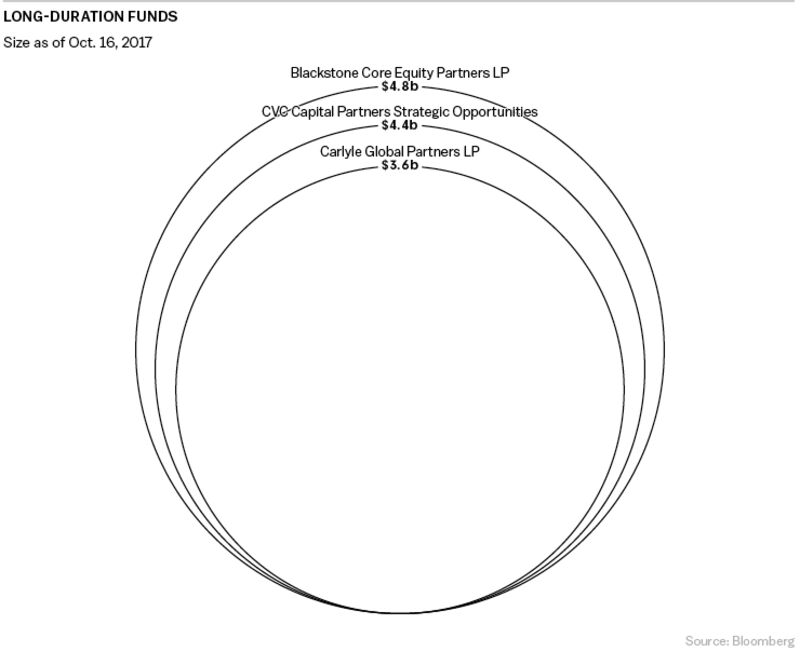 “ It’ s a big ask to go to LPs to lock up their money for 10 years, let alone something well beyond that, ” Zachem says. “ This is not an asset class where you are going to have the same number of GPs getting funded. You have to be incredibly thoughtful about what firms and institutions you have confidence in, given the time frame. ”

In 2016, Carlyle raised $3. 6 billion for its long-dated Carlyle Global Partners fund, which could have a life span of 20 years. Zachem joined the firm in 2015 to co-head the business with Carlyle veteran Eliot Merrill. The pair see long-duration funds as a natural extension of larger firms’ current platforms, which are becoming increasingly diverse.

Carlyle has so far struck six deals for the long-duration fund, including its $723 million acquisition of ice producer and distributor Arctic Glacier Group Holdings Inc. in March 2017 and a ­ minority investment in German clinic chain Schoen Klinik SE in June 2016.

KKR & Co., whose co-founder Henry Kravis in 2009 described Berkshire Hathaway Inc. ’ s style as “ the perfect private equity model, ” is also dabbling. It formed a partnership with Canadian pension fund giant Caisse de Depot et Placement du Quebec to make longer-duration investments. They paired this year to buy USI Insurance Services LLC for about $2 billion, for example, their first long-hold deal together. But KKR has yet to raise a fund for the strategy.

The field is largely limited to these big players, the industry’ s precious few household names with a track record and bench of players deep enough for investors to trust them with their cash for two decades. “ I think it will be a very limited number of people who can raise a fund of this duration, ” says Jim Treanor, head of North America advisory services for Pavilion Alternatives Group LLC.

Aside from the risks of being locked to a manager long-term, being held by a private equity firm for an extended period could also affect the portfolio company’ s performance and investor returns, according to Treanor. “ It’ s hard for one GP to be able to continually add value at every stage of that development of the company, ” he says. “ It’ s going to be the bigger GPs that have bigger networks and a variety of value-add” tools.

Not all investors are suited to the long-duration model, either. While some massive limited partners, such as Asian and Middle Eastern sovereign wealth funds, can afford to lock up billions of capital for two decades, few investors have that luxury because they need liquidity, says David Fann, chief executive officer of ­ TorreyCove Capital Partners LLC.

And at a time when many investors like U. S. public pension systems are struggling to meet their expected rates of return, accepting lower returns— even in return for long duration and lower fees— isn’ t appealing for everyone, he says.

It might not be for everyone yet, but Carlyle’ s Zachem sees more managers and limited partners trying to embrace the long-duration fund once its current crop of pioneers have proved the model.

“ There’ s an element of ‘ that sounds interesting, that sounds attractive, ’ but until you can see it and touch it and feel it, it’ s hard, ” he says, adding that getting any new kind of fund off the ground is tough. “ There’ s a natural ‘ fund one’ headwind that anyone faces. We have, as well. ”

In other words, it will take time.