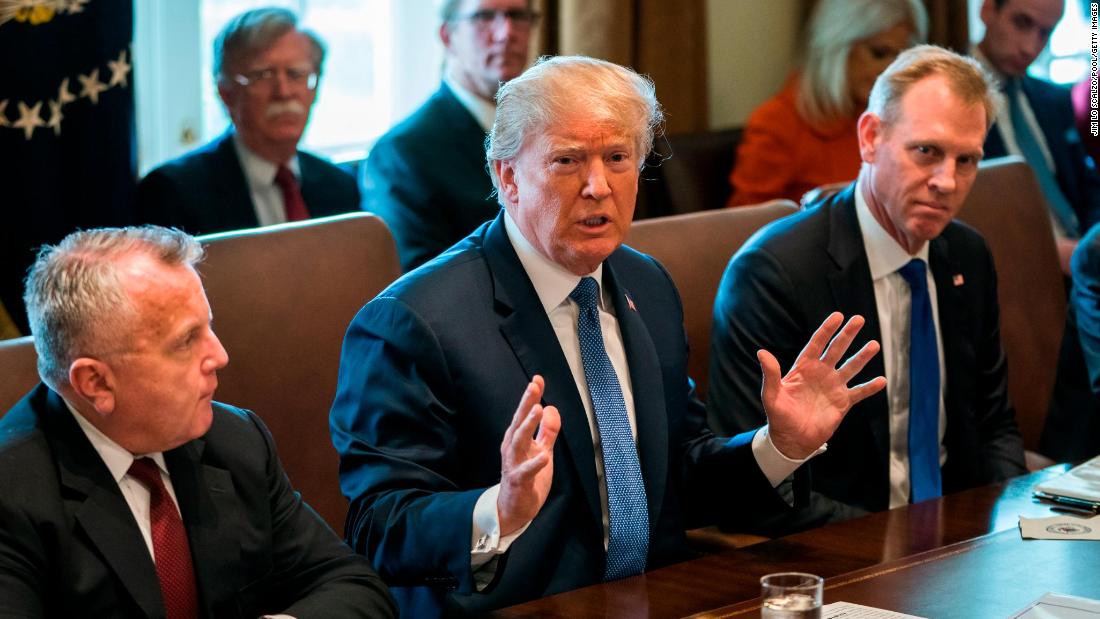 Stephen Ryan, a lawyer for Cohen, said in a statement that the US Attorney’s office for the Southern District of New York had executed “a series of search warrants” including at his office, and “seized the privileged communications” between Cohen and his clients.
Trump slammed the move Monday as a “disgraceful situation” and “an attack on our country.” A White House official said Trump had been watching TV reports, and that the President knew about the raid before the news broke.
The Monday raids included the Loew’s Regency hotel where Cohen has been staying, according to a source familiar with the matter. There were approximately a dozen FBI agents involved, the source said.
Additionally, The Wall Street Journal reported the raid included Cohen’s home. 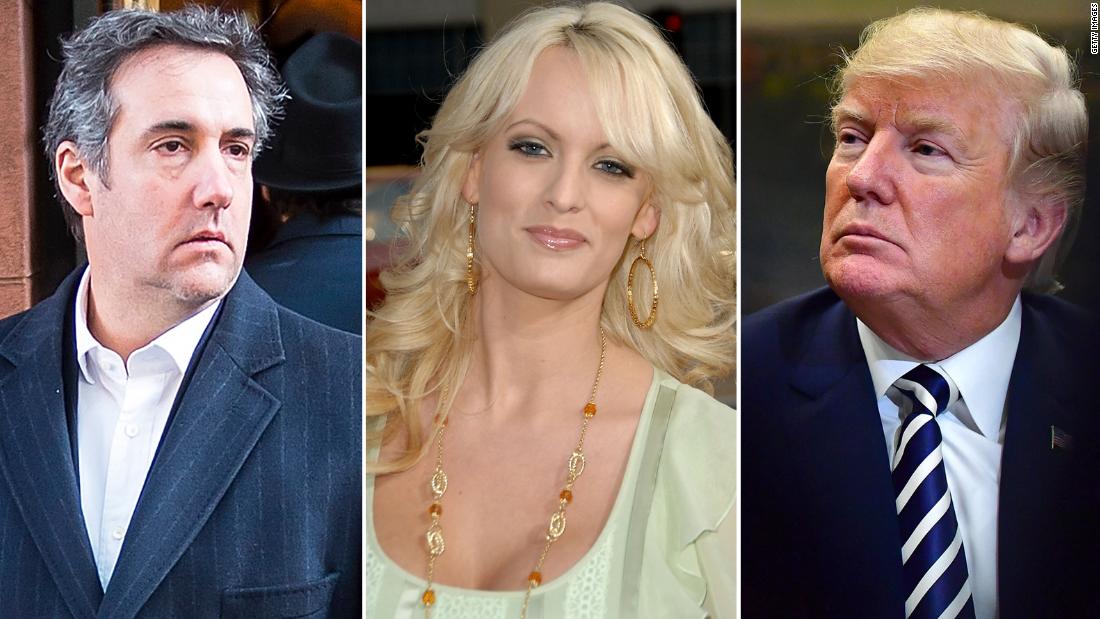 Ryan’s statement called the search “completely inappropriate and unnecessary,” and said federal prosecutors had told him it stemmed partially from a referral by the office of special counsel Robert Mueller.
“I have been advised by federal prosecutors that the New York action is, in part, a referral by the Office of Special Counsel, Robert Mueller,” Ryan said in the statement. “… It resulted in the unnecessary seizure of protected attorney client communications between a lawyer and his clients. These government tactics are also wrong because Mr. Cohen has cooperated completely with all government entities, including providing thousands of non-privileged documents to the Congress and sitting for depositions under oath.”
A source close to the White House warned that Mueller’s decision could push Trump in the direction of taking action against the special counsel’s office.
“This is ridiculous. This is now getting ridiculous,” Trump said Monday, pointing to a “whole new level of unfairness.”
Asked why he hasn’t moved to fire Mueller, Trump again said the situation is a “disgrace.”
“Why don’t I just fire Mueller? Well, I think it’s a disgrace what’s going on. We’ll see what happens,” Trump said. “Many people have said you should fire him. Again, they found nothing. And in finding nothing, that’s a big statement.”
This source, who has long said the President could still fire Mueller based on conversations with Trump and close advisers, believes the President could view the raid as crossing a red line and said among the actions Trump could take is replacing Deputy Attorney General Rod Rosenstein, who has oversight of the probe.
The New York Times first reported on news of Monday’s raid.

A source familiar with the situation said agents visited Cohen’s office this morning at the law firm Squire Patton Boggs in New York. Angelo Kakolyris, a spokesman for Squire Patton Boggs, said, “The firm’s arrangement with Mr. Cohen reached its conclusion, mutually and in accordance with the terms of the agreement.”
“We have been in contact with federal authorities regarding their execution of a warrant relating to Mr. Cohen,” he continued. “These activities do not relate to the firm and we are in full cooperation.”
Cohen had formed a strategic alliance to develop business with the law firm a year ago after leaving the Trump Organization’s umbrella. The law firm does not represent Cohen or Trump.
The special counsel’s office and Justice Department declined to comment on the searches Monday.

Under special counsel regulations, Mueller’s office would have to discuss with the attorney general whether to keep an investigation under the special counsel’s office or to refer it to a different jurisdiction. Because Attorney General Jeff Sessions recused himself from oversight of the investigation, Rosenstein would then presumably decide which investigative team moves forward. 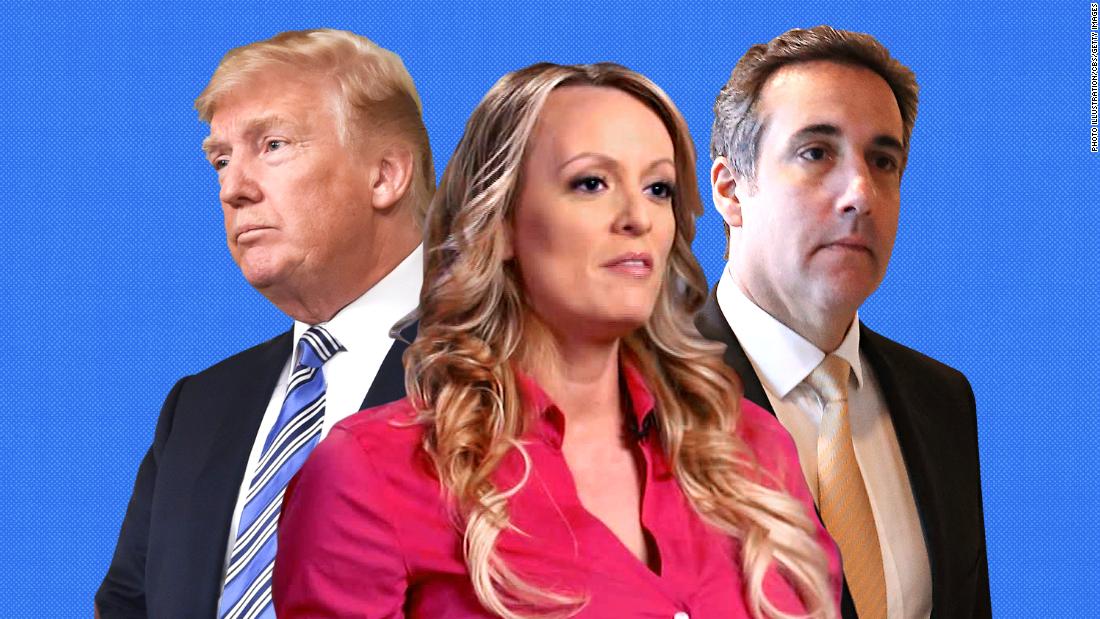 A person briefed on the search told the Times that the FBI also seized emails, tax documents and business records, including communications between Trump and Cohen.
The White House official said it is unclear if Trump has spoken to Cohen.

Cohen is a longtime ally of the President, and admitted earlier this year to setting up a limited liability company in 2016 to pay Daniels. She has alleged she had an affair with Trump a decade earlier, and that the payment was hush money. The White House has denied Daniels’ allegations of an affair with Trump.
News of the payment prompted complaints to the Justice Department and Federal Election Commission over potential violations of campaign finance law.
Michael Avenatti, Daniels’ attorney, responded to the news on Twitter, saying “an enormous amount of misplaced faith has been placed” on Cohen’s shoulders.
Asked about the Daniels controversy last week, Trump said he did not know about the payment and declined to comment further, instead referring questions to Cohen.
“You’ll have to ask Michael Cohen,” Trump said. “Michael is my attorney. You’ll have to ask Michael.”
« Several inmates killed, more than dozen injured in fights at dangerous South Carolina prison, official says » Cops Fired After Blaming Missing Half-Ton Of Pot On Stoner Mice