Half the country thinks Donald Trump is a racist. HALF.

admin / NEWS / Half the country thinks Donald Trump is a racist. HALF. - CNNPolitics, politics / 0 Comments 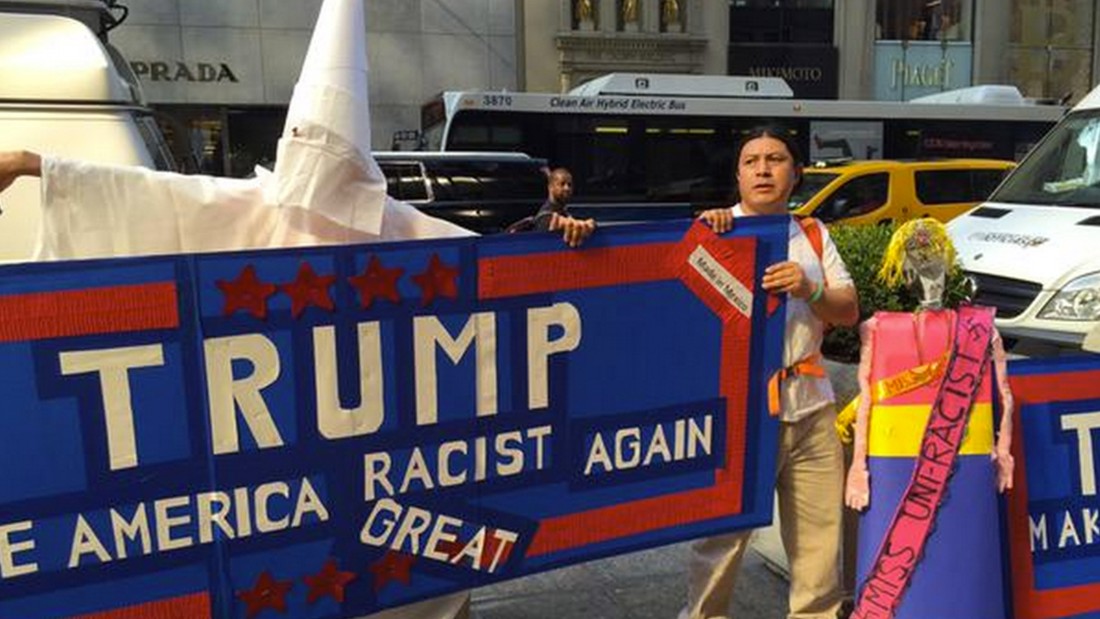 (CNN)A new Quinnipiac University poll has a striking result: 49% of people said they believe President Donald Trump to be a racist while 47% believe he is not.

What explains it? No one thing.
Here are the two most obvious options.
1. This question, like all questions tied to Trump, is effectively a measure of whether you love or hate the President. So, 86% of Republicans say Trump isn’t a racist and 86% of Democrats say he is. Independents, who view Trump slightly more negatively than positively overall, have similar view on whether he is a racist: 50% say he is, 44% say he is not.
The “racist” numbers are not a direct facsimile of Trump’s overall approval numbers, of course. More people feel unfavorably about Trump’s job performance (55%) than say he is a racist (49%). But it’s close.
2. Trump has repeatedly played with racist and xenophobic language and sentiments — from suggesting Mexico is sending rapists and criminals to the United States to arguing the white supremacist violence in Charlottesville was a “both sides” issue to suggesting African-American Rep. Maxine Waters is a “very low IQ individual.”
When you dabble in casual racism — whether purposely or accidentally (and it’s hard to know which one Trump is doing each time), some decent-sized chunk of people are going to believe that you are — wait for it — a racist.
Trump’s response to the consistent finding that half the country believes him to be a racist — Quinnipiac found 49% saying that of Trump back in February — is to not only insist that he isn’t a racist but, in typical Trumpian overstatement, that he is the least racist person in the world.
A few examples:
Actions, of course, speak louder than words. And Trump’s actions, at a minimum, raise questions about his views on race.
Trump may not care about these findings — which aren’t a one-off, but rather a consistent sign that half the country feels this way. Why might he not care? Because 86% of Republicans believe he is not a racist and even higher numbers approve of him. And Trump has run a base-focused presidency from beginning to end.
Of course, there are some issues that should transcend mere partisan calculation. It is an inarguably bad thing — no matter which party you identify with — for one half of the country to think the nation’s top elected leader is a racist.
Trump may not care. But he should. He very much should.