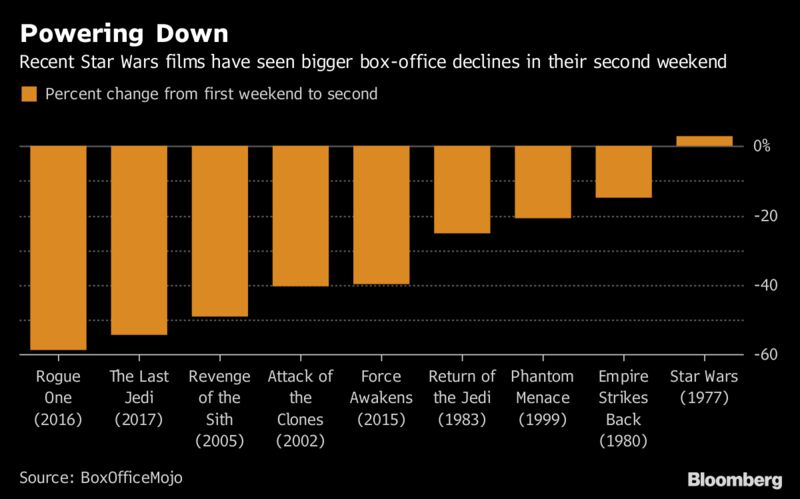 The 54 percent decline in North American box office receipts from the opening weekend of “Star Wars: The Last Jedi” is the second-worst among “Star Wars” films — a reflection of changes in the film business (and perhaps some mixed reactions from moviegoers). In the past, films opened much more slowly, so changes from one weekend to the next were less dramatic. The original “Star Wars” debuted in just 43 theaters in May 1977 before rolling out to over 700 theaters by July of that year, while “The Last Jedi” was available in 4,232 locations in its first weekend alone.