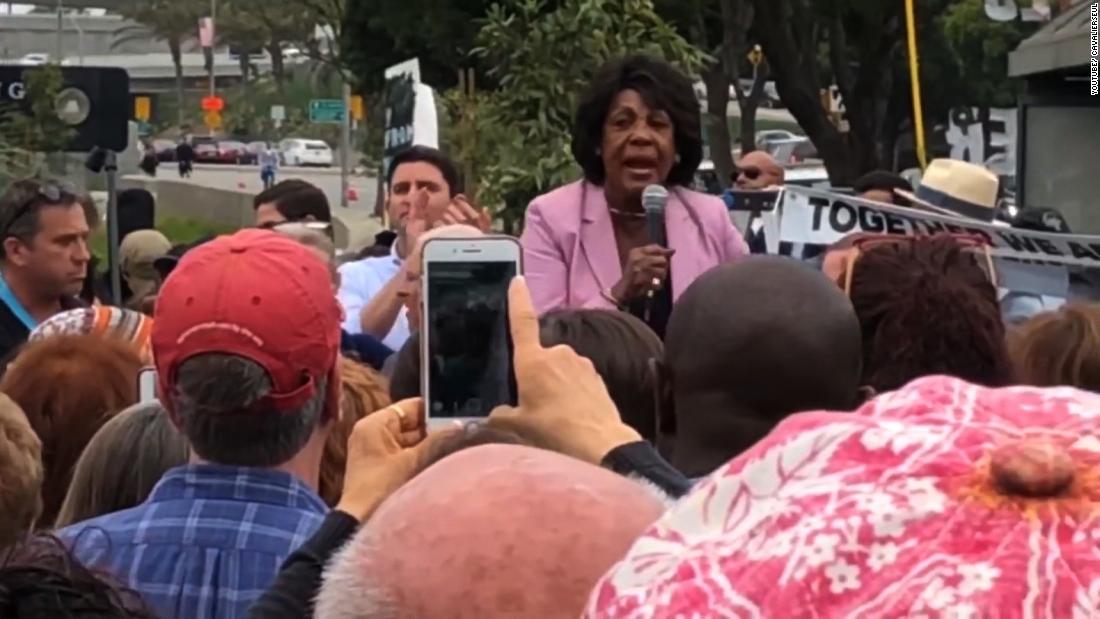 “As the President has continued to lie and falsely claim that I encouraged people to assault his supporters, while also offering a veiled threat that I should ‘be careful’, even more individuals are leaving (threatening) messages and sending hostile mail to my office,” she said in a statement.
“There was one very serious death threat made against me on Monday from an individual in Texas which is why my planned speaking engagements in Texas and Alabama were cancelled (sic) this weekend,” she continued. “This is just one in several very serious threats the United States Capitol Police are investigating in which individuals threatened to shoot, lynch, or cause me serious bodily harm.”
Reached for comment, a spokeswoman for the US Capitol Police said they do not comment on ongoing investigations.
The Democratic congresswoman received widespread criticism from both sides of the aisle after she encouraged people to publicly confront and harass members of Trump’s administration in places like restaurants, department stores and gas stations.
Her comments, fueled by frustration over migrant families separated at the border, came at the end of a week when Department of Homeland Security Secretary Kirstjen Nielsen was heckled by activists at a restaurant in Washington, DC, and White House press secretary Sarah Sanders was asked to leave a restaurant in Virginia.
Trump tweeted earlier this week that Waters called for “harm” to his supporters and railed against her in a rallies in North Dakota and South Carolina.
Waters has forcefully denied that she ever called for violence, saying she’s only urging peaceful protests.
“I believe in peaceful, very peaceful protests,” she said Monday on Capitol Hill. “I have not called for the harm of anybody. This President has lied again when he’s saying that I’ve called for harm.”
Also on Monday, Waters said she receives death threats “all the time.” In April, a man pleaded guilty to threatening Waters last year.
“I don’t cry about protests,” Waters said earlier this week. “People protest me all the time. People come to my district office. That’s their right. The only time I have anything to say about protests is when they threaten to kill me, then I turn that in. Otherwise, protests is the American way.”
« A group of Christians attended a pride parade to apologize for how they’ve treated the LGBT community » Thailand Leads in Crypto by Skipping the Big Debate