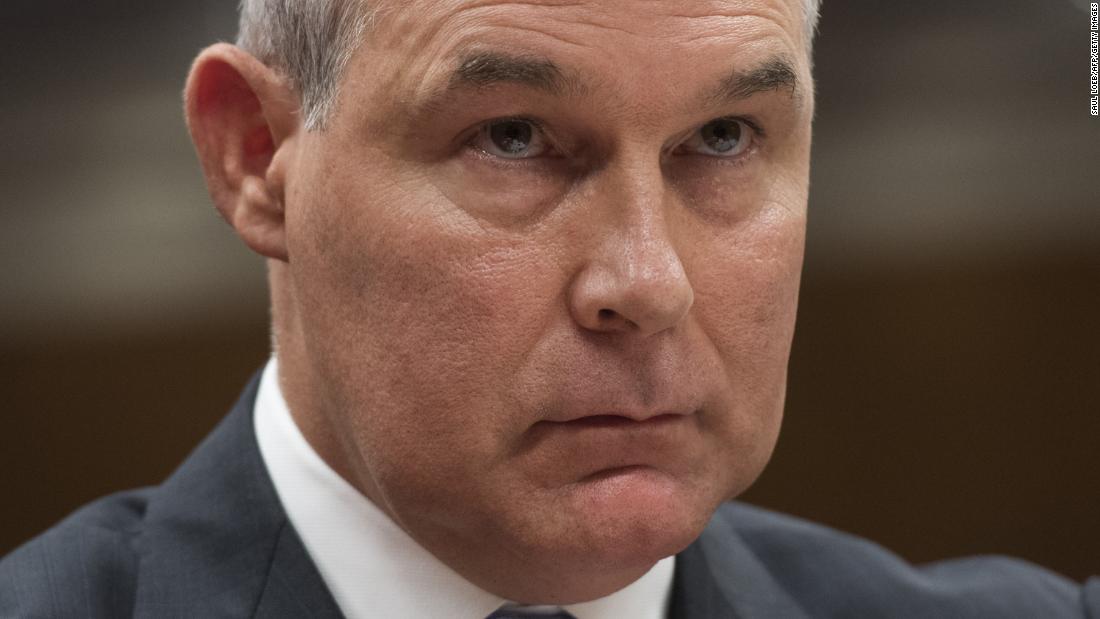 Washington (CNN)Hundreds of Environmental Protection Agency employees have exited their posts at the agency over the course of President Donald Trump’s first year in office, a report by the New York Times and ProPublica said Friday.

The Trump administration has touted efforts to roll back regulations at the agency, and an internal memo obtained by CNN in April revealed a buyout program that was aimed at curbing employment.
The EPA, along with other government agencies, was placed on a hiring freeze, which also had left 350 positions open as of April, CNN previously reported.
The Times and ProPublica reported that the departures were buyouts, retirements and individuals quitting, but totaled more than 700 employees, including more than 200 scientists.
In April, CNN reported that John O’Grady, president of AFGE Council 238, the union that represents EPA employees, said the Trump administration’s goal was to cut “at least 3,100 full-time employees.”
“This Administration wants to cut at least 3,100 full-time employees, yet the March 21, 2017, budget document indicates cuts as high as 4,000 full-time employees.” O’Grady told CNN in April.
The Times and ProPublica story also notes that despite the decrease in science posts, there has been an uptick in political appointees at the EPA. According to Friday’s report, 73 jobs had been filled in the Office of EPA Administrator Scott Pruitt’s office to replace 53 openings.
EPA spokesman Jahan Wilcox told The NYT and ProPublica that, “With only 10 months on the job, Administrator Pruitt is unequivocally doing more with less to hold polluters accountable and to protect our environment.”
« Farmers’ markets a racially biased cause of ‘environmental gentrification,’ professors say » Mark Hamill Posts Perfect Tribute To Carrie Fisher One Year After Her Death