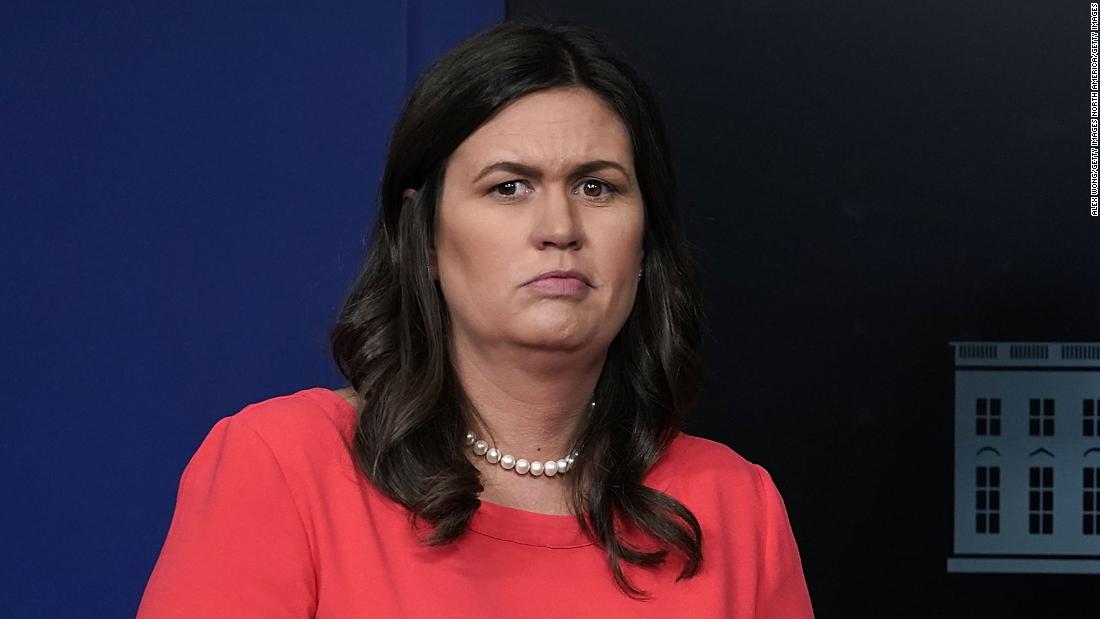 (CNN)White House press secretary Sarah Sanders is expected to receive Secret Service protection as soon as Wednesday, two sources familiar with the decision tell CNN, but they did not specify how long it will last.

The news comes days after Sanders was asked to leave a small Lexington, Virginia, restaurant because of her role with the Trump administration, a move that has since sparked a national conversation on civility and public service in the age of Trump.
NBC News first reported that Sanders would begin receiving protection.
Sanders did not immediately respond to a CNN request for comment.
Speaking about the restaurant incident during Monday’s White House press briefing, Sanders said she and her husband “politely left.”
“I was asked to leave because I worked for President Trump,” she said, adding, “We are allowed to disagree but we should be able to do so freely and without fear of harm, and this goes for all people regardless of politics.”
She continued: “Healthy debate on ideas and political philosophy is important, but the calls for harassment and push for any Trump supporter to avoid the public is unacceptable.”
« The National Geographic Travel Photographer Of The Year Photos Are Here. And They Are Incredible. » Seth Meyers Asks Trump: How Do You Get In A Fight With Canada?