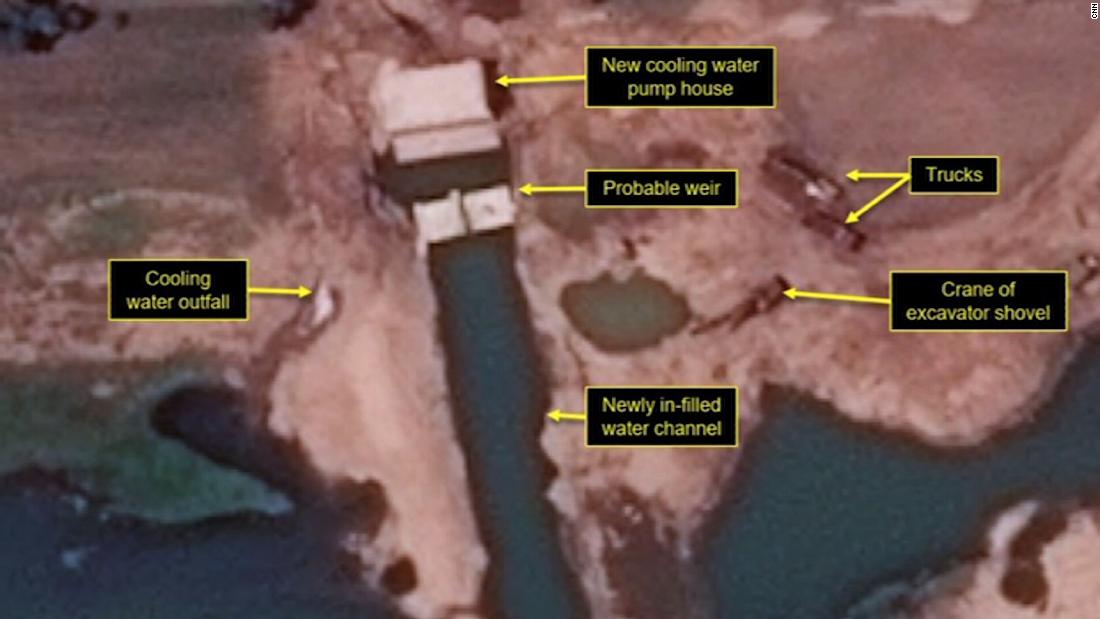 Washington (CNN)New satellite images show North Korea has made rapid improvements to the infrastructure at its Yongbyon Nuclear Scientific Research Center — a facility used to produce weapons-grade fissile material, according to an analysis published by 38 North, a prominent North Korea monitoring group.

When contacted by CNN about 38 North’s analysis, the Unification Ministry said they “cannot confirm the report” and are “watching it closely.”
The report states that “continued work at the Yongbyon facility should not be seen as having any relationship to North Korea’s pledge to denuclearize,” but the photos suggest that Pyongyang continues to proceed with business as usual when it comes to maintaining its nuclear sites following the summit. 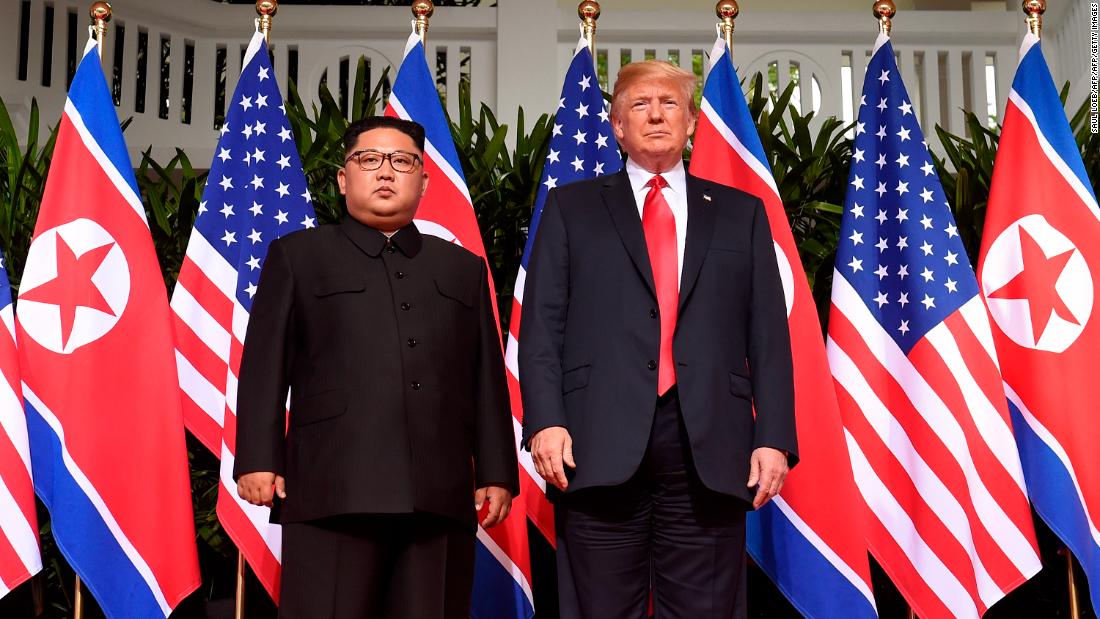 “No change is actually a pretty significant story … this is still an active site producing plutonium for North Korea,” according to Jeffrey Lewis, a professor at the Middlebury Institute of International Studies.
The images stand in stark contrast to Trump’s recent declaration that the North Korean regime no longer poses a nuclear threat, even though the meeting produced no verifiable proof that North Korea will discontinue its nuclear program.
Secretary of State Mike Pompeo said Wednesday that North Korea remains a nuclear threat, but defended Trump’s previous comment.
“I’m confident what he intended there was we did reduce the threat,” said Pompeo. “I don’t think there’s any doubt about that. We took the tension level down.”
“I think his point was a fair one,” he added. “For the moment, we have reduced risk.”
But Trump has repeatedly mischaracterized the nature of his deal with Kim, insisting last week that the North Korean dictator had agreed to begin “total denuclearization” right away.
In reality, the document he signed with Kim at their June 12 summit in Singapore only reiterated North Korea’s previous commitment to “work toward complete denuclearization of the Korean Peninsula,” and the new images released Wednesday align with Defense Secretary James Mattis’ assessment that Pyongyang remains in a holding pattern as negotiators discuss the next steps in talks.
“The summit pledge is important, but it was not a written agreement that laid out what the North Koreans have to do — that doesn’t exist right now, so I’m not surprised they are continuing to operate their facilities,” said Joel Wit, a Senior Fellow at the Stimson Center and Director of 38 North. 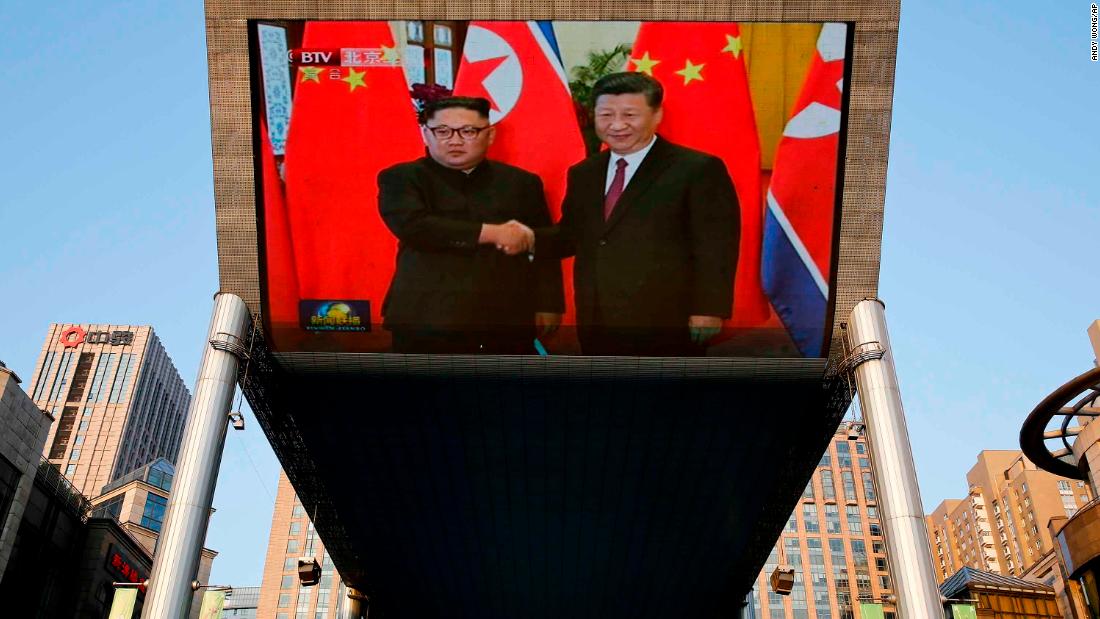 Adam Mount, a senior fellow and director at the Federation of American Scientists, agreed that the images indicate that North Korea will continue to support the foundation of its nuclear program until the two sides are able to agree on specific terms.
“Because Kim Jong Un has so far avoided making a commitment to halt research and development activities, the changes are not a success or failure of the diplomatic process, but simply a signal that North Korea’s nuclear infrastructure remains fully in use,” Mount told CNN.
“That Yongbyon continues to receive scarce funds speaks to its continued value to the regime. There is little indication that North Korea has halted research, development, or production of nuclear systems even as talks continue,” he added.
North Korea also maintains other nuclear facilities where they produce the bulk of their nuclear weapons materials and missiles. While these sites cannot be detected by monitoring groups, they are assumed to remain operational, according to Wit.
Trump has often pointed to the absence of North Korean missile and nuclear tests in recent months as a sign of progress toward denuclearization, but continued maintenance of facilities like Yongbyon show that talks with the US have not yet prompted Kim to take significant steps toward truly dismantling the foundation of his program.
“Both secret and Yongbyon facilities can continue operating and expand the fissile material stockpile,” Vipin Narang, an associate professor of political science at the Massachusetts Institute of Technology who studies nuclear proliferation, told CNN.
“We have no way to stop this or verify any pledges to freeze,” he said, noting that Kim has intentionally only agreed to freeze full blown testing, not production.
North Korea can also continue to improve its warhead and ballistic designs without conducting tests, Narang added.
“North Korea has had a decade-long nuclear testing sequence where they have presumably learned a lot about designs,” he told CNN. “They probably do not need full blown tests to go into serial production of warheads. And they can improve components and perfect designs with subcritical and hydrodynamic tests which we wouldn’t be able to monitor or detect.” 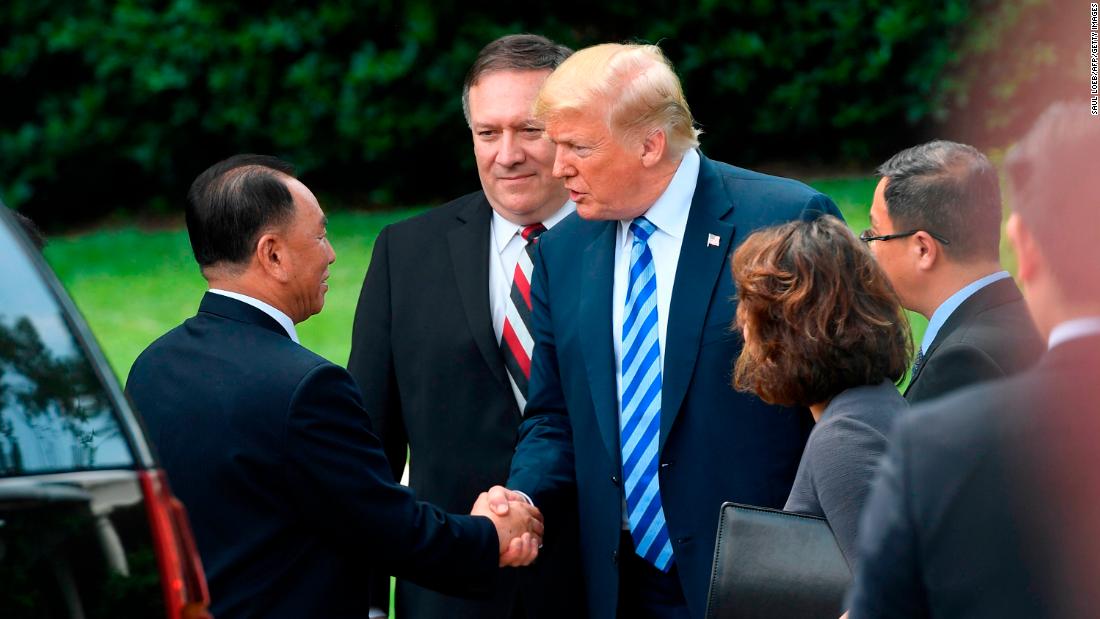 Ultimately, 38 North’s analysis of these images provides a realistic look at the current state of North Korea’s nuclear program amid talks with the US and the challenges facing negotiators tasked with achieving denuclearization — a process for which Pompeo has refused to offer a timeline.
“We should remain skeptical that North Korea’s nuclear calculus has changed dramatically. Every indication since the beginning of the year is that Pyongyang is seeking to exploit diplomacy to its advantage, including by continuing to improve its arsenal,” Mount told CNN. “Halting a clearly-defined list of weapons activities should be the first step in negotiations.”
“What is needed now is sustained and direct negotiations between the two sides on a framework for phased steps on denuclearization, as well as concrete steps toward a peace regime on the Korean peninsula,” according to Kingston Reif, director for disarmament and threat reduction policy at the Arms Control Association.
“So far, such a framework has not been established. In other words, there is no ‘deal,'” he said.
« Dont Despair, Democrats. Just Vote. » 50 Cent Mocks Terry Crews’ Testimony On Sexual Assault