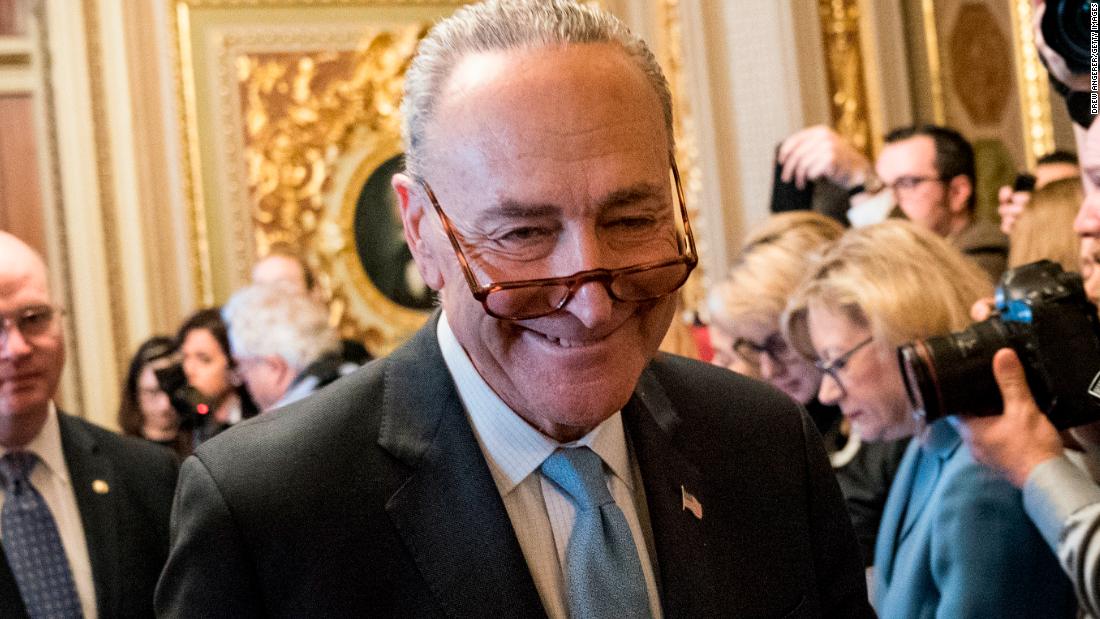 Washington (CNN)Sen. Chuck Schumer has introduced a new bill to decriminalize and regulate marijuana at the federal level.

By striking marijuana from the act, Schumer’s office said in a news release Wednesday, the bill would effectively decriminalize the drug at the federal level. The measure would still allow states to determine their own marijuana laws while maintaining federal law enforcement against trafficking to states where it is illegal.
Several states allow recreational sales of marijuana, including California, Oregon and Massachusetts.
Schumer’s bill would direct a specific amount of tax revenue to a Treasury trust fund for the “small business concerns” of women and “socially and economically disadvantaged” individuals working in the marijuana industry.
Under the bill, advertising for marijuana and related products would be restricted for youths, should joint research conducted by the Department of Health and Human Services, National Institutes of Health and the Food and Drug Administration determine that doing so would be “appropriate for the protection” of the health of those 18 and younger.
In a press statement, Schumer said this legislation is “simply the right thing to do” and that he is hopeful its “balanced approach” will earn bipartisan support in Congress. The bill is co-sponsored by independent Sen. Bernie Sanders of Vermont and Democratic Sens. Tim Kaine of Virginia and Tammy Duckworth of Illinois.
A similar measure aimed at loosening federal guidelines on marijuana and giving states more flexibility in determining their own laws was introduced earlier this month by Sens. Elizabeth Warren, D-Massachusetts, and Cory Gardner, R-Colorado.
In April, President Donald Trump told Gardner he will support efforts to protect states that have legalized marijuana, according to a statement from the senator. The deal, which was first reported by The Washington Post, came after Gardner said he’d block all Justice Department nominees after Attorney General Jeff Sessions rescinded guidance from the Obama administration, known as the Cole memo, that had adopted a policy of non-interference with marijuana-friendly state laws.
« Trump Calls His Opponents ‘Dangerous For The Country’ » The Day Princess Diana And Her ‘Revenge Dress’ Shocked The World