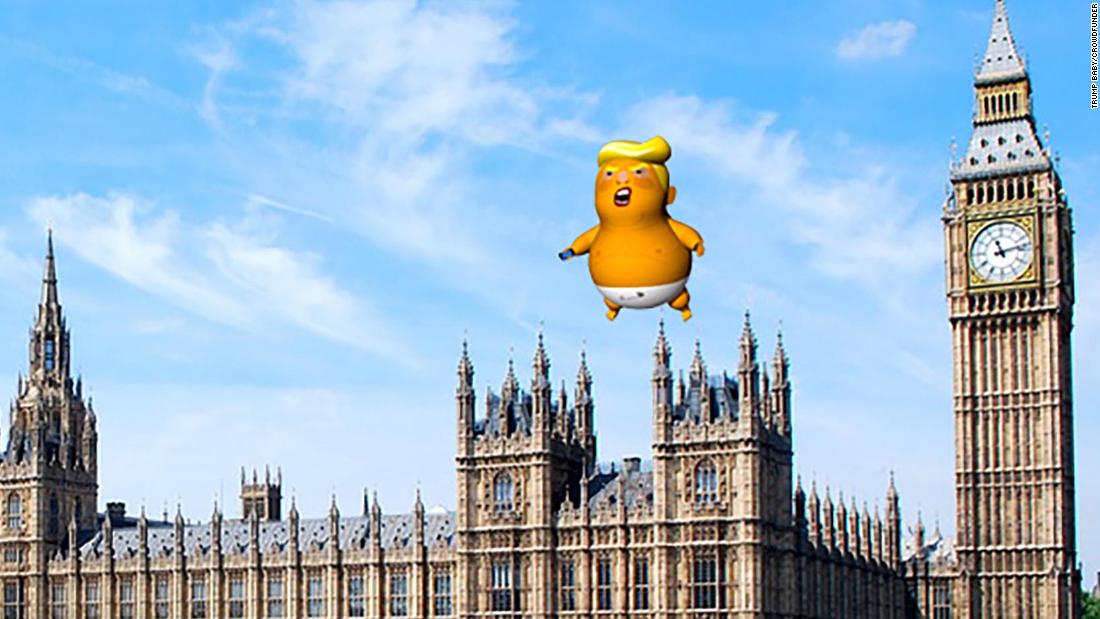 London (CNN)A giant ‘Trump Baby’ balloon is set to be flown close to the UK Parliament during US President Donald Trump’s visit to London next week after the Mayor of London gave the go-ahead, it was announced Thursday. 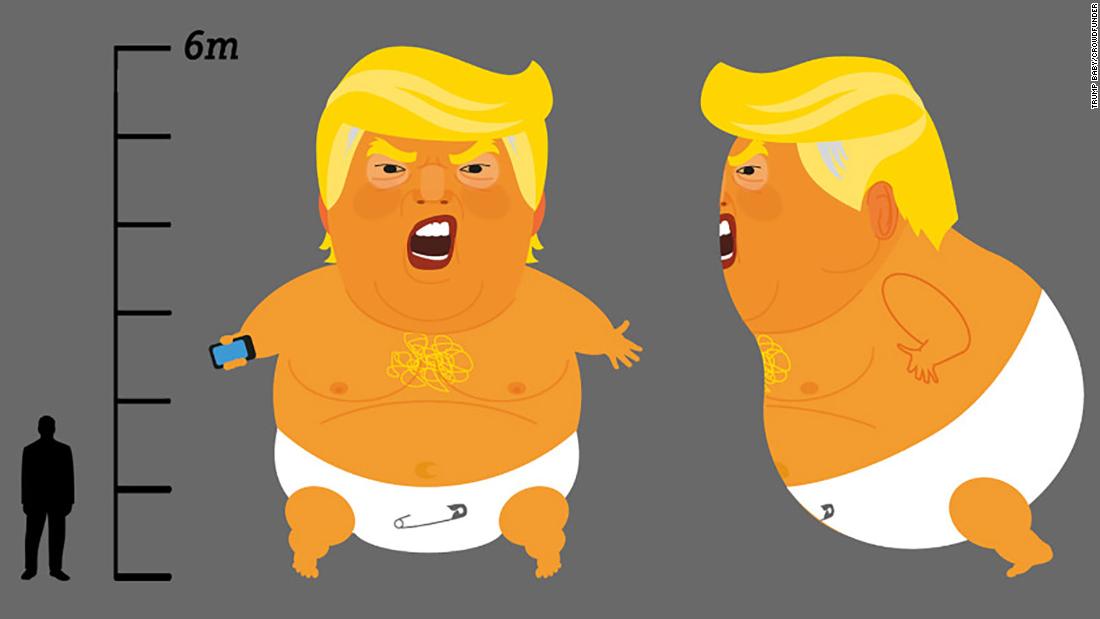 The request for the balloon to fly was approved by Mayor Sadiq Khan after over 10,000 people signed a petition and a thousand people contributed £16,000 to a crowdfunding campaign.
The balloon will fly for two hours on the morning of Friday, July 13, at the same time as the “Stop Trump” march in central London. 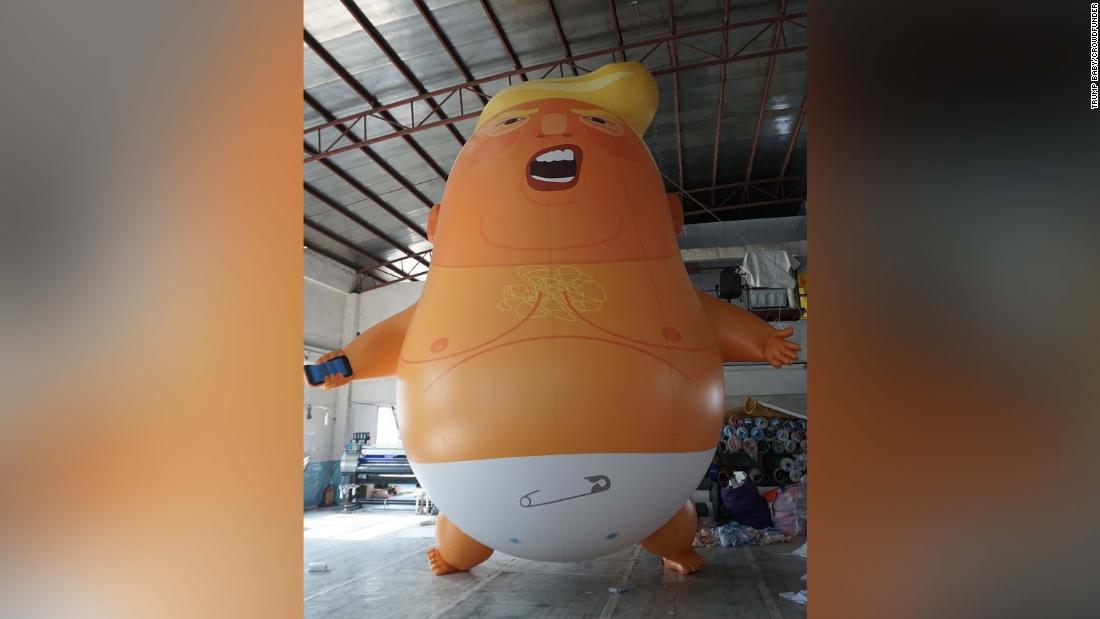 A spokesperson for the Mayor said: “The Mayor supports the right to peaceful protest and understands that this can take many different forms. His city operations team have met with the organizers and have given them permission to use Parliament Square Garden as a grounding point for the blimp,”
His representative added,”However, the organizers will also need to receive the necessary approvals from the Metropolitan Police anad National Air Traffic Service in order for it to fly.”
“Sadiq’s main priority is the safety of all Londoners and visitors to our city, and as always we are working in very close coordination with the Metropolitan Police and other key agencies to ensure all protests are carried out safely and securely,” the spokesperson said. 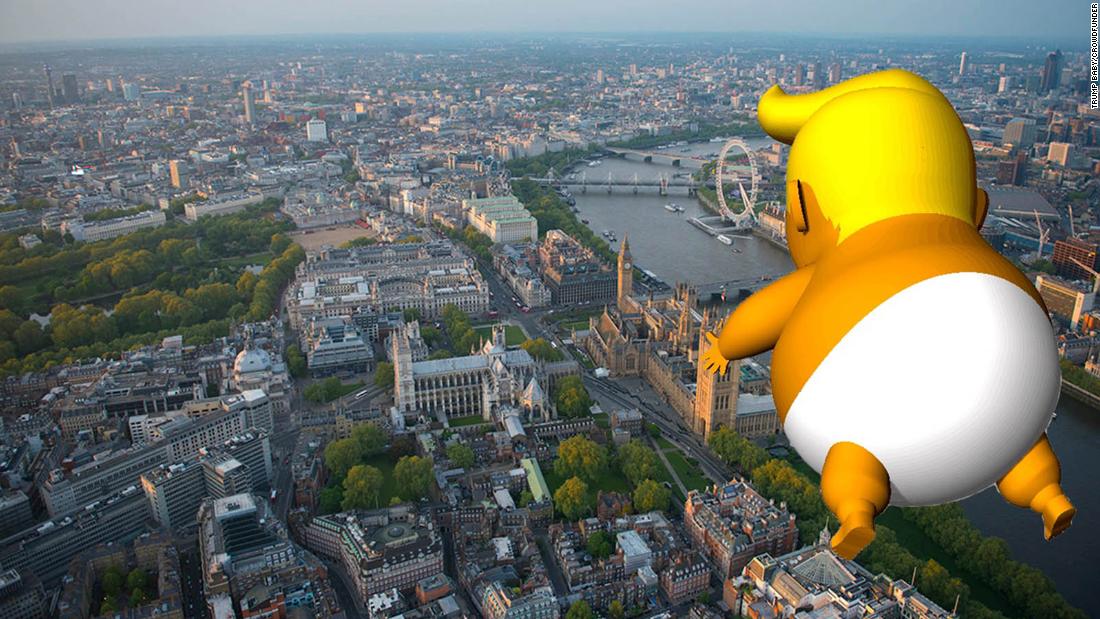 The giant balloon will be tethered to the ground in Parliament Square Gardens and won’t be able to float higher than 30 meters (or 98 feet).
The presence of the balloon may exacerbate tensions between Khan and Trump, who have been embroiled in several Twitter spats.
Khan has been outspoken in his opposition to Trump’s visit. He criticized the US President over his tweets following the terror attacks in London last year.
« Eric Trump Reportedly Ran Into Traffic To Help A Woman Who Passed Out » Alexandria Ocasio-Cortez Slams Conservative TV Host Saying She’s Not From Bronx