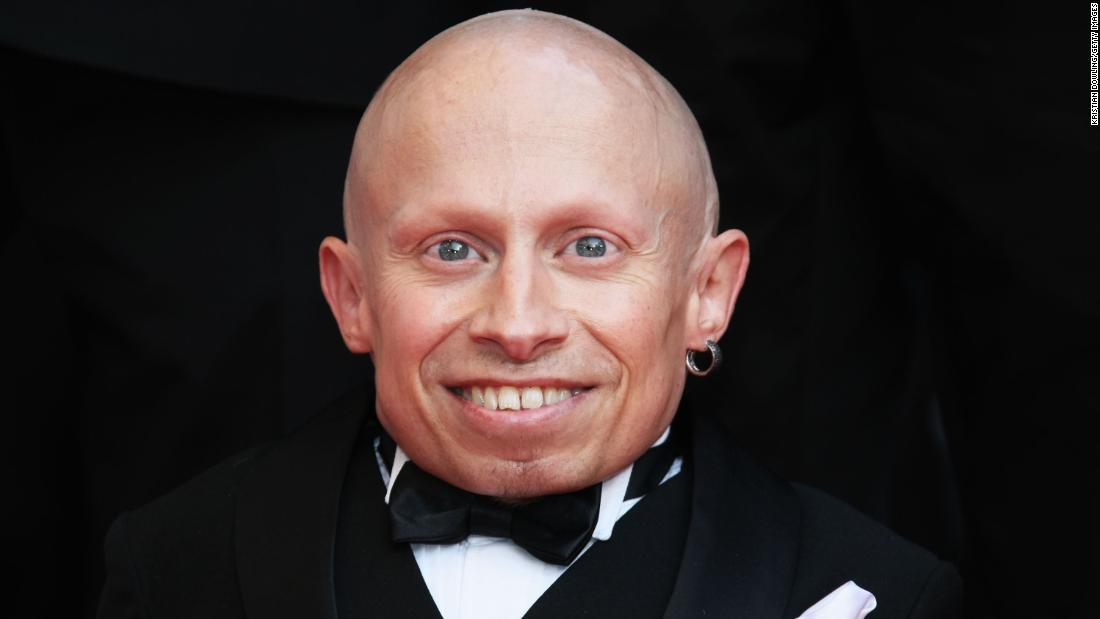 (CNN) Verne Troyer, who played Mini-Me in two of the Austin Powers comedy films, has died at the age of 49, according to statements posted to his social media accounts Saturday.

Troyer was hospitalized earlier this month after emergency responders in Los Angeles went to his home, according to media reports.
“Verne was an exceptionally caring individual. He wanted to make everyone smile, be happy, and laugh, ” a statement posted to his social media said. “Anybody in need, he would help to any extent possible. Verne hoped that he made a positive change with the platform he had and worked towards spreading that message every day. ”

It is with great sadness and incredibly heavy hearts to write that Verne passed away today. Verne was an extremely caring individual. He wanted to make everyone smile, be happy, and laugh. Anybody in need, he would help to any extent possible. Verne hoped he made a positive change with the platform he had and worked towards spreading that message everyday. He inspired people around the world with his drive, determination, and attitude. On film & television sets, commercial shoots, at comic-con’s & personal appearances, to his own YouTube videos, he was there to show everyone what he was capable of doing. Even though his stature was small and his parents often wondered if he’d be able to reach up and open doors on his own in his life, he went on to open more doors for himself and others than anyone could have imagined. He also touched more peoples hearts than he will ever know. Verne was also a fighter when it came to his own battles. Over the years he’s struggled and won, struggled and won, struggled and fought some more, but unfortunately this time was too much. During this recent time of adversity he was baptized while surrounded by his family. The family appreciates that they have this time to grieve privately. Depression and Suicide are very serious issues. You never know what kind of battle someone is going through inside. Be kind to one another. And always know, it’s never too late to reach out to someone for help. In lieu of flowers, please feel free to make a donation in Verne’s name to either of his two favorite charities; The Starkey Hearing Foundation and Best Buddies. Photo by @paulmobleystudio

Troyer, who was reportedly 2 feet, 8 inches tall, joked with CNN’s Wolf Blitzer in 2002 that after gaining fame as Mini-Me he’d go out in public with a hat plus sunglasses on, “but it simply doesn’t seem to work. ”
He added: “I’m still trying to get used to it. I’m just adjusting day by day. So you know, it’s — I don’t know. It’s — I’m just enjoying it and taking it one step at a time. ”
According to the Internet Movie Database, Troyer was in 58 movies and television shows.
He played Mini-Me, the diminutive clone of Mike Myers’ Dr. Evil, in “Austin Powers: The Spy Who Shagged Me” and “Austin Powers in Goldmember. ”
Myers, in a statement issued Saturday, called Troyer the “consummate professional and a beacon of positivity. ”
“It is a sad day, but I hope he is in a better place. He will be greatly missed, ” Myers said.

Troyer told Oprah Winfrey in 2016 that the character wasn’t initially supposed to be in the film much.
“I had no idea how famous this character was going to be, ” he said. “Once we started rehearsal, Mike (Myers) kept adding more parts. ”
Mini-Me died in an early version of the “Spy Who Shagged Me” but a crowd at a test screening became upset, Troyer said, so they reshot some scenes.
Mini-Me didn’t talk during the movies but sometimes let out a squeal or mimicked what Dr. Evil was doing.

The statement announcing his death said he had undergone a “recent time of adversity. ”
“Verne was also a fighter when it came to his own battles, ” the statement added. “Over the years he’s struggled and won, struggled and won, struggled and fought some more, but unfortunately this time was too much. ”
The statement told people to be kind.
“Depression and suicide are very serious problems. You never know what kind of battle somebody is going through inside, ” it said. “And always know, it’s never too late to reach out to someone for help. ”
In April 2017, Troyer announced on Facebook that he was being treated for alcohol addiction, something he had fought before.

Started as a baby’s stunt double

Troyer once told British talk show host Jonathan Ross that he had a rare type of dwarfism called cartilage-hair hypoplasia .
He told Ross he used his height to his advantage. He broke into entertainment because the stunt double for a 9-month-old baby in the 1994 film “Baby’s Day Out. ”
He also appeared as Mini-Me in music videos.

R. I. P. Verne Troyer aka Mini Me. You made it to that number 1 Spot 🙏 🏽 Glad we got to make history together. #goontosoon #love

Rapper Ludacris posted a photo to Instagram, writing: “R. I. P. Verne Troyer aka Mini Me. You made it compared to that #1 Spot Glad we surely got to make history together. #goontosoon #love. ”
Motley Crue drummer Tommy Lee tweeted: “Gonna miss my lil buddy! @VerneTroyer RIP homie the whole world’s gonna miss you! ”
Troyer told CNN that he grew used to being truly a short person in a tall world.
“Well, for me, I guess, I have no idea what it’s like to be tall, ” he said. “So I grew up like this and you know, you merely adapt to every situation. ”
« ‘Austin Powers’ Actor Verne Troyer Dies At 49 » Jordan Peele, BuzzFeed Create Fake News Video To Warn Of ‘Dangerous Time’