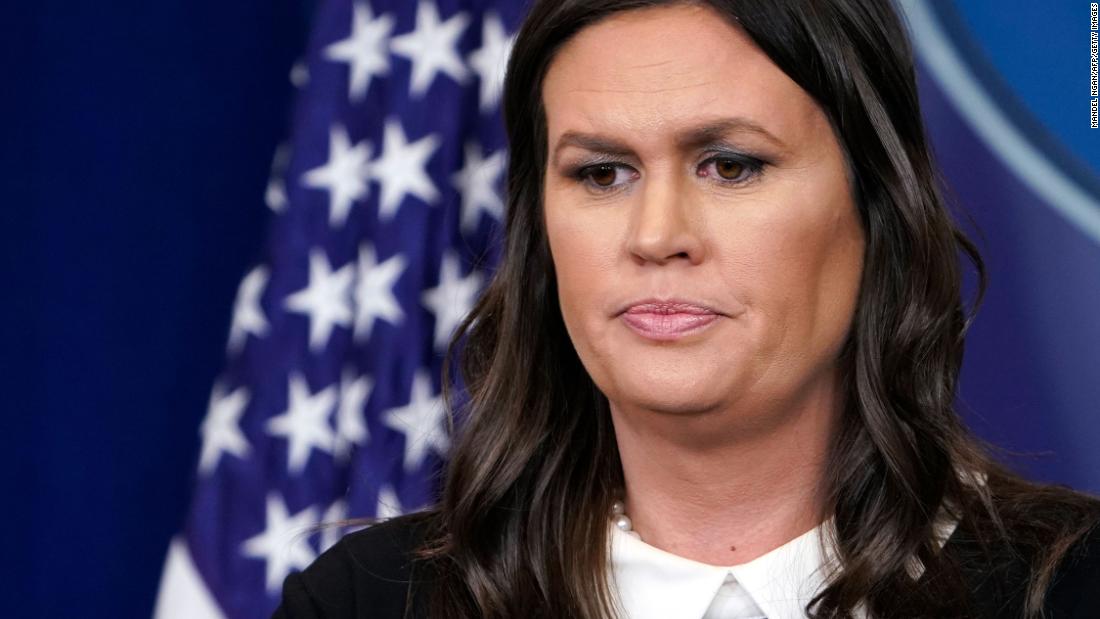 Washington (CNN) President Donald Trump has encouraged police officers to be rougher on suspects they arrest. He has deployed federal authorities to stem gun violence in Chicago. And he has repeatedly called for police nationwide to implement tough-on-crime policies.

“Certainly a terrible incident, ” Sanders said when asked about the fatal police shootings of Alton Sterling in Louisiana and Stephon Clark in California. “This is something that is a local matter and that’s something that we feel should be left up to the local authorities at this point in time. ”
Louisiana’s attorney general on Tuesday announced the state would not be filing charges against the two officers involved in Sterling’s death . The US Justice Department had announced in May that it would not bring civil rights charges against the officers following an investigation.
Pressed about the national implications of the cases and the national outcry that has sounded out in the wake of numerous police shootings of black men in recent years, Sanders stood by her comments.
“Certainly, we want to make sure that all law enforcement is carrying out the letter of the law. The President is very supportive of law enforcement, but at the same time in these specific cases and these specific instances, those will be left up to the local authorities, ” Sanders said.
Sanders then pivoted to the President’s economic and security policies that she said are aimed at benefiting all Americans, including recent policies aimed at boosting school safety in the wake of the Parkland mass shooting.
“I think we should do every single thing we can every single day to protect the people of this country, ” Sanders said. “Whether they’re black, white, Hispanic, male or female, rich or poor, we look for ways to protect individuals in this country, particularly children. ”
Trump has not commented on the death of Stephon Clark , the unarmed black man who was shot and killed last week by Sacramento, California, police in his grandmother’s backyard after police thought he was holding a gun. Only a cell phone was found alongside his body.
He also has not commented on the Louisiana attorney general’s decision not to file charges against the officers involved in Sterling’s death.
The White House was first pressed on Clark’s death Monday, when deputy White House press secretary Raj Shah said he was “not aware of any comments that (Trump) has” on the matter.
“Obviously, the President cares about any individual who would be harmed through no fault of their own, ” Shah said.
« Orange County votes to fight California’s sanctuary city laws, joining sheriff’s pushback » Emma Gonzlez Stands On Stage In Total Silence To Remember Parkland Shooting